RUSH: This is Ben in Westchester County in New York. I’m glad you called, sir. Thank you for your patience. Hello.

CALLER: Rush, I’ve been calling you since I was a young man. Now I’m a senior citizen.

CALLER: Honestly, it’s a great pleasure to be able to speak to you finally. 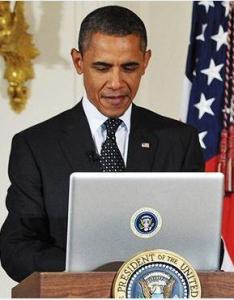 CALLER: I have a couple things, couple of comments I’d like to make about Obamacare.

CALLER: One, I think that it should be broadcast that nobody in America that’s got so much as a Social Security number should ever go on this website. If you have a checkbook, a credit card, anything, don’t go on this website. There are a couple of reasons for that. Number one, you will be hacked. So your identity’s gonna be out there, your identity’s gonna get stolen, your money’s gonna get taken, and so on and so forth. Nothing good is gonna ever come or go on that website, putting any information on it.

Number two, the second reason is that this website is backwards. When I go on any website in order to buy anything… If I wanted to buy Rush Revere, I would go to a website, I would look at it, I would pull the item up, I would see the price (the cost of shipping and everything else), and then if I decide to buy it, I would put it in my shopping cart and move it along, finally, to a secure page, and then pay for it, knowing exactly what I’m getting and how much it’s costing me. Now, this website should be boycotted because anybody that goes on it has to put all their information in first, and then find out that they’re… What was your comment earlier?

They had $650 million and three years, and 30, 40% of it is not even done, hasn’t even been built. And the IT experts are saying it’s already been hacked. Do not input your data. Stay away from it. It’s a massive data collection sponge for the government, and it’s already been hacked. It is something to stay away from. Only 27,000 Americans have purchased something there. The Regime is making up this 106,000 number. And the 40% that hasn’t been built, that’s the part that tells you what it costs. He-he-he. So you never see what you’re buying or what you’re paying.