CALLER: Oh, Rush. I’m so nervous. This is like talking to the pope.

CALLER: I’m serious. I’ve got grandchildren that are Rush Babies.

RUSH: I appreciate that. That’s so cool. Thank you.

CALLER: I used send you e-mails all the time from Constitutional Conservative Gal on the Left Coast — on the far Left Coast — back when I was working for a company. Then I went out on my own and I couldn’t be the fly on the wall for all the stuff coming from the DNC anymore, and so I’ve missed you and I’ve never gotten to call in before. I’ve just never been able to stay on the phone that long or dial that many times, but I’m so glad, so glad, ’cause I’m a broker here. I sell health insurance. I’m so sad for the people of California, the individuals, the families. They’re going through holy hell.

RUSH: Like how? ‘Cause we don’t hear about this.

CALLER: No, you don’t. Yeah. California was the first one to open up its own exchange called Covered California.

CALLER: We’re aware. I wanted to relate to you a personal story. One of my clients is myself, and I’ve been on the phone so many times — 3-1/2 hours on hold is nothing — to speak to somebody at an insurance company. Back in November I said to myself, “Well, you know what? Humans being as they are, I want to make sure that I get as long a run as I can.”

RUSH: Well, hang on right there. I’ve gotta take a break here at the bottom of the hour. Don’t lose your train of thought.

RUSH: Okay. Back to Rita in Corona, California. You are an insurance broker, you’re right in the middle of a story.

CALLER: Yes. I wanted to make sure that I would be able to take advantage of at least the six-month premium guarantee, okay?

CALLER: So, day after Thanksgiving, I faxed in my application for my husband and myself. He’s 64, I’m 63. And they did my policy right away, okay. I had the policy start date December 17 so that I would at least be able to assure that a few months, okay, of the same premium. Well, January 1st came, they sent me out first my package for the policy that I had chosen, great deductible, wonderful coverage, $580 a month, then five days later they sent me the new package for the Obamacare mandates at $1,124 a month —

CALLER: Yeah. Yeah. Just about double. And now I had all of a sudden pediatric dental, ACA insurer fees, medical reinsurance fees, exchange fees, totaling $120 a month just in fees. And I said, “Hey guys,” and that wasn’t the end of it. I had ten different billings within about 20 days. What is very interesting, and I don’t think the American public sees it yet, I don’t think they know it yet, but this was the experiment to see how people, individuals and families would react. They’re already delaying all these mandates for the big businesses, the small businesses until after the election. I think that it’s gonna happen with the individual market, too. In fact, I’m absolutely sure it is because of all these bills that I’ve gotten —

RUSH: So what’s your prediction?

CALLER: Well, my bill for 3-1 of 2014 says $580. That’s the premium I was supposed to be paying. There’s nothing in my billings yet, and it’s already the middle of February, there’s nothing that is asking me for money from 3-1 to 4-1 for anything other than what they promised me in the first place. The last time I was on hold for three and a half hours with the company that I have —

CALLER: I think the next thing we’re gonna hear is the individual mandate is gonna be taken out for right now to get them through this next November 4th, and to at least give some of the Democrats —

RUSH: Well, if you do that, if you delay the individual mandate, you have essentially, with everything else they’ve done, you’ve just broomed Obamacare. You basically have just broomed it. ‘Cause now people can keep their illegal plan that they had. The employer mandate for medium size business delayed ’til 2016. The employer mandate for large businesses, that’s next, and she thinks the individual mandate will be the next thing that they will exempt or delay, which means there’s no Obamacare. I mean, that’s the guts. The individual mandate, that’s what the Supreme Court case was about. The mandatory requirement that you have health insurance regardless whether you work or not, if they broom that, if they delay that, if they do that, that’s almost the white flag.

You can’t pay for 30 million extra people, but they’re not gonna be able to pay for 30 million extra people anyway. That’s the whole point, it was never gonna work. But if you eliminate that mandate that everybody have insurance, that’s what got the insurance companies on board. They saw massive new customers, mandatory, had to buy insurance. That’s how they are supposedly gonna get premiums down, massive big pool. I’ll be surprised if they do that, because that’s tantamount — I mean, it’s not striking the law, don’t misunderstand, but it’s taking the guts out of it if they do that. But they can’t administer what they’ve got now. This is such a joke.

There’s a story out of CBS, San Francisco, some doctors surprised to be on Covered California’s provider list. Now, get this. In a nutshell practically every independent doctor in California is opting out of Obamacare. Independent means they don’t work for a hospital. Because their fees from Obamacare insurance are too low. There’s no reason to stay in it. They can’t get higher rates like hospitals can, so they’re just not taking Obamacare patients. 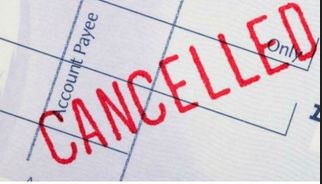 And yet this article says: “Independent physicians across California say they canÂ’t afford to participate in Covered CaliforniaÂ’s insurance plans because the reimbursement ratesare too low, and they say they donÂ’t have the clout doctors with larger medical groups have to negotiate higher rates. They also warn that could mean a shortage of doctors in areas largely served by independent physicians.” So doctors who think they’ve opted out are in it, and they don’t want to be. Rita, are you still there?

CALLER: I am. It’s worse than that, Rush.

RUSH: Well, I know. But I just have one quick question for you.

RUSH: Are you still able, despite all of this, to get your birth control pills?

CALLER: Rush, I had a tubal ligation when I was 25 years old.

CALLER: (laughing) But, yeah, I probably could if I wanted. However, on my new policy, there’s a $5,500 deductible, and that applies to any medicines, too. (laughing)

RUSH: Look, it’s unworkable. It’s an absolute disaster. (interruption) Obama was what? (interruption) How will we know that it is totally imploded when it has imploded? Well, if you’re waiting for the Regime to admit it’s imploded, and that’s your sign that it’s imploded, you’re never gonna get that. The Regime is gonna do everything they can to save this if they have to ’til they get to 2020.

Other people have predicted it’s gonna collapse on itself. The manifestation of that will be people just not signing up for it, just refusing to, trying to find their own entrepreneurial way around getting treated when they get sick, paying a doctor, finding a way to do it. It’s gonna be a rat race, I think. Some people are gonna have insurance, some are not, and some doctors are not gonna participate.

I think the Regime is fully aware of the absolute disaster that they have here.

The alternative is, you know, you can get Medicaid by not working. You can’t get Obamacare by not working, but you can get Medicaid. There’s always that for people to go to. But look at the numbers that Rita gave: A $5200 deductible and a premium of up to $1100. How in the world are people gonna pay for Obamacare unless they have a job — and if everybody ends up being subsidized, who’s paying for it?

It’s gonna implode on itself one way or the other. It is structurally impossible for it to work. But that doesn’t mean that even when that realization hits, the Regime’s gonna throw up their hands and say, “You know what? It just doesn’t work.” That’s not who these people are, because it isn’t about health care. They’re not gonna surrender this control they’ve got over people. That’s the last thing they can do.

That’s why they’re desperate to win these elections.

It’s really crunch time for them — and us, too.