CNN President Brags: We Won’t Be Shamed into Covering Benghazi

RUSH: Jeff Zucker runs CNN. He used to run the Today Show, executive producer. He’s infallible, untouchable. He wins awards for networks and shows that nobody ever sees or watches, and is untouchable. He’s one of these people that no matter how well or poorly he does his job he’s always gonna have his job. Breitbart News today says, “Jeff Zucker conceded that his audience is not interested in the network’s global warming agenda, but he indicated that he will try to find more creative ways to make them care.”

Now, he is admitting here… I mean, they’re not even pretending to be anything but participants in moving the Democrat agenda forward. That’s what Zucker’s admitted here. (summarized) “Yeah, we haven’t found a way to make ’em care about global warming but we’re not gonna give up. I wish they cared about it. So far they don’t. But we’re gonna try to find more creative ways to make people care about it.”

Isn’t that a tacit admission that CNN is part of the left-wing agenda that includes finding more creative and persuasive ways to spread and grow that agenda? Isn’t it also a tacit admission that they don’t do news at CNN? They’ve got this issue that nobody cares about, global warming, and yet they’re not gonna give it up until they can make people care about. But where is it in the news? What is happening in global warming that you and I don’t know about that we need to be told about because we don’t know?

Which is what journalism is.

It’s kind of like when Obama says, “You know, the only reason people don’t like Obamacare is we haven’t messaged it right. We haven’t portrayed it correctly. We haven’t packaged it right. We need to go talk to George Lakoff (rhymes with), in order to find out how to say this.” So while admitting that his audience doesn’t care a whit about global warming and that they’re gonna keep working on it, they’re gonna try to find creative ways in the news to make their audience care about global warming…

“Last week, Jake Tapper of CNN refused to guess how CNN would cover the House select committee on Benghazi’s hearings. It was above his pay grade. Capital New York reports that CNN president Jeff Zucker snottily sounded off to New York Times TV reporter Bill Carter at an awards dinner against any complaining conservatives. He said his network would not be ‘shamed into it’ by ‘others’ and their ‘temper tantrums’ demanding coverage:

“‘We’re not going to be shamed into it by others who have political beliefs that want to try to have temper tantrums to shame other news organizations into covering something,’ he said. ‘If it’s of real news value, we’ll cover it.’ But Zucker was ‘incredibly comfortable’ with having no shame over covering the Malaysian Jet mystery — something that caused disgust all over the spectrum of news consumers. CNN beat that dead horse into a smelly mist.”

So (summarized), “While there’s an acknowledged tremendous lack of interest in our climate change stories and we’re gonna work really hard to make it interesting so that the people do like it and are moved by it, we’re not gonna be shamed into covering that nothing story Benghazi. It’s a bunch of right-wingers having temper tantrums! We’re not gonna get sucked in by that.” So CNN can get shamed into covering a plane that, basically, all is known about it is that it took a left turn.

They cover that story for months. 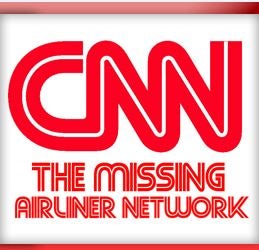 They’ll be shamed into covering the global warming lies that no one’s believing anymore. But they’re not gonna be shamed into covering a cover-up at the highest levels of government about the death of four Americans and the selling of guns to our enemies. Is that about right? They’re not gonna be shamed by their low ratings. Oh, no! They’re down now to maximum of 250,000 viewers in prime time. I mean, folks, that’s not even the equivalent of a thimble filled with people when the nation is your database.

Remember the Watergate hearings, Snerdley? Every network covered them. At the time there were only three, and every network covered every minute of every hearing live. Every word was covered. Watergate. But Benghazi? And Hillary was there at Watergate. In fact, she got thrown off the committee of lawyers by one of the lawyers leading it. She was too zealous. They’re not going to be shamed into covering Benghazi. But they’re going to keep plugging ’til you care and understand how you are destroying the planet with man-made global warming.