RUSH: Chris in Kansas City, we head back to the phones here on Open Line Friday. Hi.

CALLER: I’ll try to be brief. 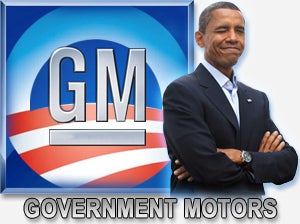 CALLER: In light of the scandalous cover-ups involving the VA, the IRS, and Benghazi, I’d like to note that since the GM recall scandal hit the air, there has not been one peep from anyone even remotely associated with the Obama administration about how he “saved” General Motors.

RUSH: Yeah, why do you think that is?

CALLER: Personally I believe, just like all the other ones, he has to distance himself from having been involved with it at all, to protect himself politically.

RUSH: Well, obviously. That’s, of course, the larger overriding thing. But there’s also another thing at work here, and it’s very, very, very important for people to understand. What’s going on at General Motors? The government runs it, the United Auto Workers owns it, and that doesn’t matter. It’s what you think of it that matters. And the last thing Obama said about GM was, “GM’s alive and bin Laden’s dead” at the Democrat National Convention.

That’s the only thing you need to say. If you don’t have a car being recalled, you don’t know, not if you’re not paying attention to the low-information news. So Obama’s of course not gonna come out and address this ’cause it would go against the created, quote/unquote, “reality” that GM is trucking along just fine. “Obama can run it and save it from these evil corporateers while at the same time destroying Al-Qaeda and bin Laden!” But you’re right, exactly.