RUSH: The kid in Santa Barbara, Isla Vista. Everything that has happened since is utterly predictable. Everybody on the left is taking another real human tragedy and converting it into a political issue, the purpose of which is to advance their political agenda, in this case: get rid of the Second Amendment and confiscate everybody’s guns. And they’re all out in unison.

Now, I know as much about this as you do, maybe less, actually, than you do ’cause I’ve not been absorbed with it because I think I understand it. What could go wrong here. You’ve got an estranged mother and dad. The dad produces oddball movies like The Hunger Games and as a side hobby takes photos of nude women’s bare rear ends in exotic locales around the country. (interruption) Yeah, you didn’t know that? You didn’t know that? Well, they’re in art galleries. This guy takes black and white, for the most part artsy, photos of nude women from the rear focusing on their butts. One’s in front of the Taj Mahal in the pool. They’re all over the place. That’s his art, the guy’s father.

So he started blaming women, particularly blondes and others. You know, I don’t know that this is gonna be a factor in this, and even if it is I don’t know that you’re ever going to be able to establish it. One of the things that’s really bothered me — and I’ve mentioned this before — one of the things that’s been a yellow flag about all this social media. Two things about people vomiting everything about themselves on Facebook and Twitter, MySpace, whatever it all is. The first thing that concerned me was people were volunteering to give away every bit of privacy they had. Why? Because they all wanted to be famous. They wanted — they want; it’s not past. 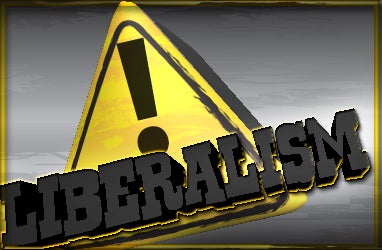 To so many people, particularly young people using social media, they want everybody to know everything about them. They want to be famous. The second thing — and this is a real problem here — the second thing that I worried about is people — see, I think half the people or more on these social media sites exaggerate a bit about all the fun they’re having. I know that when I was in high school — you know, we had a saying. My dad taught me this. I’d go home from school and I’d tell him what all the guys were saying about things they did. This was actually a fight over homework. I said, “Dad, I don’t want to do it. My friends aren’t doing it. They’re out every night.”

That’s what my dad always told me. And I found that in my life he wasn’t universally correct. I mean, there were some braggarts who were actually doing it, but in many cases he was right, and particularly when it was men bragging about sex. I can’t tell you the number of guys I knew growing up that were bragging about all the sex they were having and it was simply a dream. They wanted everybody to think it, but they couldn’t get past first base any better than this kid could. And the ones who weren’t talking about it were the ones that you learned later on that were the studs. And they weren’t talking about it because of manners, self-respect, respect for the girls involved, who knows what.

I found that life lesson, when I was young, to be true. So I’ve thought maybe it’s carried forward. It’s a changing culture. It’s a changing planet, changing country. I don’t know if it’s still applicable today as much as it was. But it used to be elementary, a basic part of human nature. That’s why all this social media and all this bragging that was going on out there, in addition to these kids volunteering to give away all their privacy…

I thought that one of the potential downsides was people like this kid, reading about all this fun everybody’s having — which they really weren’t having; they were lying about it. It’s going to create inferiority complexes. It’s gonna create, in some people’s minds, misery and unhappiness. They read about all the fun their friends are having. They read about all the fun people their age are having, and they look at their own lives and they’re dull and boring by comparison.

When, in fact, they’re reading a bunch of people talking about things that really aren’t happening. Everybody’s simply fantasizing, or a lot of people are. So I don’t know if that’s the case here, but I’ll bet you it’s a part of it. It has to be a part of it. But beyond that, obviously, there’s a mental health issue here which the left does not want to go anywhere near, either, because it undercuts the gun argument.

As I say, there’s a mental health issue. But just keep a sharp eye on the left politicizing this to try to convert this into something that can advance their agenda. And they’ll probably get into the socioeconomic aspects of this, too, by blaming this somehow on rigid, moralistic and judgmental conservatives or Tea Party types. (interruption) Well, “How could they come up with that?”

They wouldn’t have to come up with anything. Just say it. You know, just put it out there: “This kid was reacting to a puritanical judgmentalism fostered by the Bush years,” and so forth and so on, as everything goes back to Bush. (interruption) Well, I know. (sigh) The video did leave no doubt about what kid — the young man — was really all about. Anyway, he captivated everybody’s attention.

And they finally found the blonde, Blonde Number One, that supposedly was responsible for getting all of this going in this young guy’s head. She was 10. She was 10 years old when he supposedly was rejected. You know what Woody Allen said about success? To show you how things really don’t change, Woody Allen said, “The only thing that success means is that you get rejected by a higher class of woman.”

RUSH: Okay. So in The Hunger Games books and in The Hunger Games movies there are 12 districts, and each district sends two contestants. So 23 teenagers get killed and one survives each game. That’s what it’s about. I don’t know how they stock the movie with stars, unless they kill the extras. Somehow the stars survive. In the first movie, two survivors are allowed to live, I think. I fell asleep.

I think they had to keep two stars alive for the franchise. Anyway, that’s what the kid’s father did. He was an assistant director/second unit director for The Hunger Games. Not that that matters, of course — and the woman’s butt that he was photographing is his second wife. Not that any of this matters. We’re just stocking you with information so that you can decide yourself.

RUSH: Here’s Doug in Tampa, driving. Great to have you on the program, sir. Hello.

CALLER: Hello. Thank you. Thanks for taking my call.

CALLER: I want to tie maybe a comment into what you were discussing earlier in your program with regard to everybody putting their life out for everyone to see. Years ago the old cliche was the male would have a mid-life crisis. I think that’s kind of changed. Public media, Facebook, Twitter, different things like that, I’ve seen people that have had four, five, 600 friends. They visit that every day and by the numbers, if you look at some of the people that are going on vacation, enjoying life, if you’re just an average person, it would appear that everyone is having a ball, everyone is doing fun things.

RUSH: Exactly right. Everyone’s out there living this life of luxury and fame and fun, and you’re not, and that’s the impact social media has on you. It is a factor.

RUSH: People are patiently waiting. Jeremy in Seattle, Washington. Great to have you on the EIB Network. Hello.

CALLER: Hi, Rush. It’s good to talk to you. So my point is I think the media just love to takes their lobs and hit ’em out of the park. They can ask the easiest question of all: If there were no gun, could he have committed this crime without a gun? Of course we know he couldn’t have.

CALLER: No, I understand that but he didn’t commit the gun part of it with it. All I’m saying is they don’t ask the questions about the person, about what’s actually going on inside. They don’t ask, “What if he would have been taught abstinence and that abstinence could have led to a really fulfilling relationship with a wife or partner? How much pornography did he have on his laptop, on his computer?

“You know, how much time did his parents actually spend with him growing up? How much time did he spend with a nanny, somebody that didn’t really care for him but was just paid to be with him?” They ask no questions that actually get to the heart of why somebody would make a decision to devalue human life the way this person does.

CALLER: (laughs) I wouldn’t have anything to say to that. I would say that I’m just asking why don’t they even ask the question.

CALLER: People used to talk about C. S. Lewis’ the Lion, Witch, and the Wardrobe and say, “Oh, no, it’s a picture of God,” and C. S. Louis himself said, “No, that’s not why I wrote it. I wrote it as a fun book. Yeah, maybe it has some things in it, but I didn’t write it as that.” So when people see what they want to see in something, and imagine that everybody else is gonna see it, that just removes from them the responsibility to talk to somebody about the real things. They just think that somebody’s gonna watch a movie and all of a sudden become conservative. That is ridiculous.

But you don’t dare say so, and you know why you don’t dare say so? Because it’s silly, it’s stupid, it’s old-fashioned, and it’s unrealistic. What do you mean, abstinence? Kids are gonna have sex, and we can’t stop it. We better find a way to make it as safe as we can so you take that cucumber to school and get a balloon and show ’em how to use a condom.

Most boys are gonna say, “A cucumber? What’s that supposed to be?” because it doesn’t look like a cucumber to them. They wish it did, but it doesn’t. (laughing) Well, you know, I’m the mayor of Realville. Now, the… (interruption) Well, that’s the point. He was abstinent. Jeremy’s point here is real simple. If he had been raised with the idea that not being promiscuous was good for him, then he wouldn’t be jealous of all these people say how much they’re getting every day and night.

But you can’t say that.

That’s just so old-fashioned and unrealistic. “I mean, abstinence? No, kids are gonna do it. You can’t stop ’em!” It’s just like Nancy Reagan’s, “Just Say NO to Drugs.” I mean, that was laughed out of town, and so was abstinence laughed at. His only point was if he’d had a couple parents who said, “You know, Son, you’re gonna be better off in the long run. It’s gonna have more meaning to you later on,” maybe he wouldn’t have gone off the deep end. Who knows?