If Voters Want Everyone to Work Together, Why Do We Have Two Parties?

RUSH: I’m gonna get to your phone calls pretty quickly here, folks, but I just want to remind you of something. Brent Bozell of the Media Research Center sent Eric Cantor a letter this past spring. Bozell was very alarmed over what he had learned Eric Cantor intended to do. So he sent him a letter warning him that he might not want to go through with this and it could be disastrous. 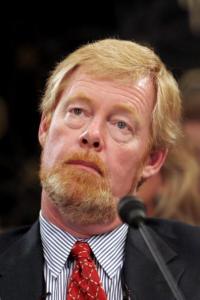 Here’s how the letter begins. “Dear Majority Leader Cantor: Conservative leaders were stunned to learn that you will be headlining a conference in Florida this weekend that is, purely and simply, a direct attack on Tea Party conservatives. Worse still, this event is sponsored in part by ultra-liberal financier/activist George Soros and organized labor — both of which have openly, repeatedly — and often viciously — waged war on conservatives and Republicans for years.”

You don’t think people that live in Virginia 7 knew things like this? Cantor showing up at an anti-Tea Party rally? Bad enough that, but that it was sponsored by George Soros? I still think Chris Christie’s political fortunes were sealed with that arm-in-arm embrace photo with Barack Obama after Hurricane Sandy, and I think a picture of Eric Cantor being embraced by Obama walking into some room in the White House to talk about immigration didn’t help, either.

Optics matter. The people that vote for Eric Cantor want him to stop, in a political sense. They want him to defeat Barack Obama. Otherwise they would vote Democrat. They’re voting Republican because they oppose Obama. They’re not voting for Cantor to work with Obama. Otherwise they’d just elect all Democrats everywhere. This is the stupidest, silliest notion the Republicans have bought into. It’s a toss-up between the only people that matter in elections are moderates, independents, that’s a big trick they’ve fallen for, and this idea that their own voters are electing them to cross the aisle and compromise and work with and help the Democrats. And whatever you do, don’t be confrontational.

It’s asinine. And I ask myself, do the Republicans really believe that? They may be that far gone. They may be that shell-shocked over what’s happened to them. A lifetime of being destroyed by the media day in and day out, lifetime racism, sexist, bigot, homophobe, creep, mean-spirited, extremist, whatever they’ve been called every day. Maybe they don’t, I don’t know. Maybe it’s worked on ’em.

However, what we’re told as Republican voters, what we’re supposed to understand, is that the American people just want the two parties to work together. If that were the case the American people would elect everybody from one party. It’s absurd. It’s silly. It defies common sense and it insults our intelligence, which may be at the top of the list of the problems.

RUSH: To Houston, Texas. Ray. Welcome, sir. Great to have you on the EIB Network. Hi.

CALLER: (garbled cell) Hello, Rush. How are you?

CALLER: You sound fantastic today. I really am impressed with the program today. More so than usual.

RUSH: Well, I appreciate that. Why, Ray? What’s struck you?

CALLER: Well, I’m a Tea Party leader. I go to tea parties. I don’t belong to a political party. I generally vote Libertarian, but I go to these Tea Party rallies, and I am so upbeat when I go to these things. I see people who are milling around, talking to each other, laughing, joking, having a good time, enjoying themselves with their families, their children, their spouses, and I’ll talk to a lot of the parents.

RUSH: Yeah, I understand. It is uplifting and it’s infectious hanging around people like you who want to have a good time, want to enjoy life, doing what they can to do that and spread the cheer with people. That’s great. I’m glad you enjoy that.

CALLER: One of the things I want to emphasize is the children. I would say the majority of the children who go with their parents to these tea parties are homeschoolers. I’m very impressed with that because I homeschooled my two sons for years.

RUSH: Well, you know, that’s happening, too, because of disgust with the so-called mainstream education.

CALLER: That is one of the things that’s upsetting the liberals, because these people are independents. They’re happy-go-lucky, and they want their life returned to ’em, and I don’t blame ’em. I want mine returned to me, too!

RUSH: Well, join the club. More and more people are that way, and you saw what they did when they banded together on Election Day. Thanks, Ray, very much. I appreciate it. What, does my voice sound better today than it normally does? What’s…? (interruption) Oh. Oh. Well, whatever. He was very nice. I appreciate that. Ray in Houston.

RUSH: Kathy in Buffalo, glad you waited. It’s great to have you on the program. Hi.

CALLER: (laughing) I would have loved to seen what happened if she got up and said that, you know?

RUSH: With the IRS? I wouldn’t recommend trying that.

CALLER: Yeah. Yes, that would have been bad.

RUSH: She had the degree of understanding. Just that little bit of good advice, look at the controversy it caused.

CALLER: Yeah. Yeah. But the reason why I’m calling is because I think Virginia is indicative of something even deeper. I’m out talking to people all over here in Buffalo and Niagara Falls and Grand Island and everywhere. You know, I’ve got five kids, and a couple of them are Marines, one officer, one enlisted. I think we’re gonna lose our country, and when I talk to people, that’s how I start. “I think we’re gonna lose our country.”

Do you know what is always said back to me? “It’s already gone.” That starts the conversation. People know that we are in such deep trouble that our politicians aren’t going to ast. They’re not going to do anything, for whatever reason. The whole thing is very strange, but they’re not going to save our country.

RUSH: I have those conversations myself. I have friends who tell me the exact same thing and they’ve all got kids and grandkids, and they’re just depressed about it and angry. But you know something else, Kathy? Where did this election take place? This is Virginia 7. This is close to Washington. Not quite suburbia, but it’s close to Washington, and I think that is a factor here, too. I don’t have time to explain why, so maybe you understand. But I’ve gotta go.