The Tea Party is Washington’s Only Enemy

RUSH: So Snerdley comes in today and says, “So, when is there gonna be a special prosecutor named for the missing e-mails?”

I said, “Never. There’s not gonna be a special prosecutor. Who’s gonna call for a special prosecutor, and then who’s gonna name one? Ain’t gonna happen.” And I went on to explain the facts of life to him. I have to do it each and every day. Some people, I think a lot of people, are so immersed in the traditional Democrat versus Republican mind-set and think that it still exists, and it doesn’t.

There isn’t a Democrat versus Republican mind-set in Washington anymore, ladies and gentlemen. There is an election, presidential election, there’s a pretense of it, but in truth, the only real enemy of Washington today is the Tea Party. The Republican and Democrat establishments, the Chamber of Commerce, the whole way Washington is working, the only enemies are people who want to reintroduce free markets, get rid of crony capitalism, blow up the relationships that exist between Washington and individual businesses or business at large, Wall Street firms.

You people in the Tea Party that believe in liberty, freedom, free markets, you represent the problem. To John Boehner, to the Republican establishment, to the Republican consultants, Obama is not the problem. Anybody opposed to the way Washington does business today is the problem, and that would be you and me. But more on that later. I’m faced with another one of these days where it’s just gonna be a mad dash to get it all in.

The news media is going berserk. Isn’t it an amazing, timely coincidence here that they have found a militia leader of the Benghazi attack and they’ve arrested him? Isn’t this amazing timing? Fox News had the exclusive, but now it’s all over the place. “US forces have captured a militia leader suspect in the 2012 Benghazi terror attack that killed four Americans.”

So I guess the video really wasn’t to blame. Because the guy that did the video is in jail, he’s who knows where anymore. Remember the video made these guys do it, so whoever did this really can’t be blamed. They were just incited by this video. But all of a sudden we’ve got the militia leader. I thought it was just a ragtag bunch of protesters that got all fired up after this video hit the Internet. But of course nobody’s questioning that. Well, maybe others will, but it’s quite obvious that this is a very timely headline, given how things are falling apart in Iraq.

Even Christiane Amanpour at CNN says she has never been as scared as she was the day after 9/11 right now because of what’s happening in Iraq and our inability — she said we had Al-Qaeda on the ropes and we’re letting ’em back in. She doesn’t understand it. She can’t believe it. The sound bites are coming up. But isn’t it fortunate that President Obama get a headline using the US military when he really needs one. And it is his military. It’s his government. It’s his military. It’s his IRS. That’s the way he talks. Now, when they all get in trouble he has nothing to do with them, but they are his.

So I’m now waiting for FBI Special Forces to capture Lois Lerner’s missing e-mails. Of course that’s not a headline Obama wants, so that probably isn’t gonna happen. Have you heard this? IRS now claiming they can’t find e-mails from six additional IRS employees who were involved in targeting the Tea Party. Their computers crashed at the same time. It’s just an amazing coincidence, it’s unbelievable. The IRS can’t find these e-mails, the NSA can’t find them.

Maybe it’s time to offer amnesty to Julian Assange or, you know, Bradley or Chelsea Manning now. But seriously, six more people’s computers crashed or something that resulted in their e-mails being gone, too, and it’s all related to the Tea Party. Look, there’s a really good piece today that explains this. It’s at RedState.com. I’ll give you just a little example. I have been trying to verbalize this and warn people about crony capitalism, although actually it’s more like crony socialism, but crony capitalism is the term.

Ever since Jeffrey Immelt, the CEO of General Electric took something like — oh, I don’t know what it was — 800 million or billion, whatever it is, dollars from Obama for research and development into green energy, I’d say, “Wait a minute. GE doesn’t need any Washington money. What the hell is this?” Ever since that day — and then Immelt ends up on the jobs task force.

How’s that working out for ’em? It began a cozy, comfortable relationship. And when General Electric is in bed with the government, GE’s competitors are not. Have you ever wondered why — and a lot of people have, and they’ve sent me e-mails. They’ve scratched their heads. “Why in the world does Walmart support Obamacare?”

I mean, the traditional view would be that Big Business would want nothing to do with government getting their hands and feet inside businesses and telling them how to operate, particularly on something like that health care, that businesses would want to walk away from it. They don’t want the government involved in it. The traditional belief has always been that business is the essence of the free market.

“That’s where it’s located, and they want nothing to do with government,” and that’s upside down now. Why does Walmart support Obamacare? Because they can afford it. Their competitors can’t. So an alliance with Obama allows Walmart to watch idly while their competition goes out of business, or is really harmed ’cause they don’t have the association with Obama, and they can’t afford the new requirements.

Every business in the world ought to be opposed to the minimum wage going up. But why is Costco fighting for it? (I think it’s Costco.) Well, easy. They can afford it. Their competitors can’t. They support it. They helped get it passed — and without having to improve the way they do business at all, their competitors are hurt. That’s how the game is played now. And who opposes this? You and me!

We oppose this kind of crony capitalism. What does that make us? That makes us, and the Tea Party the big enemy of Washington. Not just the Democrats, but of Washington. The Chamber of Commerce guys run around; what do they want? Illegal immigration, amnesty. They want it for cheap labor. The Republicans and Democrats are all aligned. Some Silicon Valley groups are all aligned.

Who doesn’t want this? You and me. The Tea Party. Why? Free markets. The rule of law. We don’t want the country flooded with low-educated poor people that, as you just know, will be a huge detriment to the overall prosperity of everybody who lives here. But we thus become the enemy of Washington. You can look at it as ruling class/country class.

You can look at it as elites versus plebes, as the establishment versus whatever. However you want to term it, the only real enemy of Washington today is the Tea Party, the Republican Party base. That’s why all these forces are aligned against us. ‘Cause if we ever got our way, all these arrangements would end. (interruption) It’s not true of every corporation. Obviously every business is not tied to Obama, but those who are happen to be doing well. Look at the financial services.

This is another point that was made in the piece, and it’s right on the money. Look at it. Wall Street’s going through the roof. But is there any associated, massive economic growth with it? No. Are there any massive new kinds of really great products out there that you can’t wait to get your hands on? No. What’s happening is that people are moving money around and making profit on the movement of money, but that’s all. 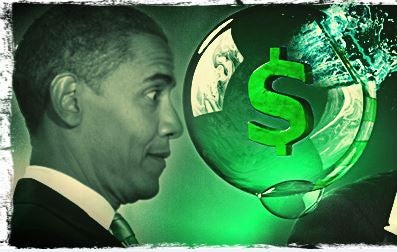 Wealth for the sake of it with no dream attached to it. No great accomplishment, no great service, no great product. But the people involved are getting very, very rich and they’re doing it because of an association with the government which allows it — i.e., the Fed funding it with QE1, QE2, QE3. Well, who would want to upset that? Who’s on Wall Street? Major Big Businesses. Always assumed to be what? Free-market Republicans.

It’s just easier. It’s just so much easier to suck up and kiss butt with the administration. Get in tight, get protection, get preferential treatment — while your competitors don’t have it — and it’s a simple way of gaining market share without having to improve your business, without having to make a better product or provide a better service. That’s what’s happening.

John Boehner was part of that mix. He’s definitely not the John Boehner of 1995 anymore, is he? Dick Armey? He’s not even around anymore. But you could look at all those guy. Lindsey Graham, Republican freshman of 1995. Look at him now. They all have become part of the DC crony-capitalist establishment or crony-socialist establishment or what have you, and they all have their vested interests.

But whoever opposes this is going to be considered the enemy, and that’s the Tea Party. General Electric, just to remind you, was given at least $3 billion from the Regime for green energy research. That’s $3 billion that their competitors didn’t get — and GE didn’t need it! But they didn’t have to spend their own money, and they had this great relationship, the government sanctioning GE’s work on this.

Then we remember the Solyndras and all the other arrangements Obama had with other green energy people. Some of them were not established, but the people involved ended up getting rich before they got out while everybody else involved went bankrupt. That, ladies and gentlemen, is how Washington works in microcosm today. It’s not like you were taught in Economics 101.

“Build a better product, make a better service, go out and compete, have people that really work hard for you and follow your dreams and, voila!” That’s not the way it works. It doesn’t help that the president of the Regime happens to be historical, the first African-American, making any opposition that much more unlikely ’cause people are afraid to. So, this new system — and there’s always been evidence of it.

I mean, it’s nothing really new. It’s just how widespread it is now and how the players are so different. I mean, you go out to the low-information world, and it’s still believed that Republicans are these uncaring, rich fat cats screwing their customers who couldn’t care less about anything getting rich and they are rich ’cause they took money from the poor. People still believe that.

When the Republicans, in many cases, have become as pro-Big Government as the Democrats are. The dirty little secret is it’s the Democrats who behave this way, too. Democrat CEOs, Democrat financial services managers. But anyway, I just had to tell you that little story because Snerdley believes that it’s 1995, and when something like this outrageous IRS thing happens, there’s gonna be a special prosecutor. No, there won’t be, because Washington is not gonna harm itself. It’s just not going to do that.

The parties will protect themselves.

They’ve got too great a thing going.

This is too good a thing.

So we’ve now captured a “militia leader” suspect in the deadly Benghazi terror attack. And again, I guess the video really wasn’t to blame because now it’s a “militia leader.” Obviously it was a terrorist group. That’s the one word they’re not using. Six more people at the IRS have had their e-mails destroyed.