Your Host Sets the Table for a Full Day

RUSH: We have the immigration Stack here, and I’m gonna get to it, and it’s just as bothersome and offensive and troubling as ever. It’s just more add-ons today. Although there is one update. Rick Perry refused a handshake invitation from resident Obama at the Austin airport. Rick Perry said (paraphrasing), “Are you kidding? I mean, for crying out loud, we got a crisis going on and you want me to shake your hand on your way to a fundraiser?”

The Democrat Congress came out, “I really hope that this whole thing down there in Arizona and California and the immigration with the kids is not Obama’s Katrina.” And shortly after that Obama then decides, okay, I’ll have a sit down with Governor Perry. But we’re gonna go back, audio sound bites. We got a couple sound bites of Obama from the border in Texas. It was 2011, so three years ago. You won’t hear the Drive-By Media resuscitate these.

Costco has pulled Dinesh D’Souza’s book, “America: Imagine the World Without Her.”

The cofounder of Costco is a huge Obamaite. He spoke at the Democrat National Convention. What’s this guy’s name? Jim Sinegal. I don’t know if he pronounces it that way. It’s S-i-n-e-g-a-l. I’m pronouncing it like the country in Africa, Senegal, might be Sinegal, might be — whatever, huge Democrat, huge donor, major, major Obama groupie, huge Obama groupie. He spoke at the 2012 Democrat convention. I think this guy has given over a hundred grand. 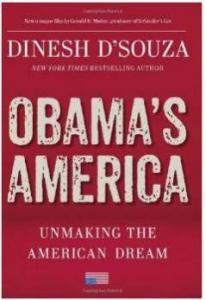 He pulled the book and they’re saying this is not censorship. “This is not book burning. This is just a liberal protecting the man he loves in the White House. That’s all it is. Don’t read anything more into this than there is. It’s not censorship. No, no, no.”

You know, here’s the thing about these people. They are scared to death of any opposition. They simply don’t want to deal with it. They call themselves tolerant. They call themselves open-minded and all this stuff, but they’re the most closed-minded, bigoted people you can find, and they’re scared to death of anything that’s contrary to what they believe. This guy can do what he wants. He can kick the book. He owns the store, he can have it ordered out all he wants. I just think all of you who shop at Costco ought to know the kind of people that run the joint and the kind of things that they do.

The book hasn’t even sold that many copies. “Costco has sold more than 3,600 copies of ‘America’ nationwide, with about 700 copies sold last week as DÂ’SouzaÂ’s film by the same name opened at more than 1,000 movie theaters nationwide. But CostcoÂ’s book department issued the ‘pull-order,’ requiring all Costco stores nationwide to remove the book, confirmed Scott Losse, an inventory control specialist in the book department at the Costco Wholesale corporate office in Issaquah, Washington, a suburb of Seattle. The July 1 order required all copies to be removed by July 15.

It’s not censorship. Would you people get off our backs? This is just a good liberal being loyal to his president, not putting something critical of the president he loves and adores and admires on sale in his store. What’s the difference in that and censorship? He says it isn’t censorship so it’s not censorship. I mean, you can go get the book someplace else. Go buy the book at Amazon, for as long as it’s there. Go buy the book at Barnes & Noble, for as long as it’s there. (interruption) No, no, no. It’s not censored at Costco. It just isn’t there. Well, it’s supposed to be totally out of there by July 15th. You can’t buy it at Costco.

I mean, Hillary is quickly fading away here. I mean, just temporary, postmark, moment in time kind of thing, but it’s not good.

The Ed Klein book, you know, for the past week or two I have been making the point, I’ve been kind of pounding the table with this, that there hasn’t been one person speak up and refute any of it. Nobody in the Clinton camp. Nobody in the Obama camp. Nobody in the Democrat Party has spoken up and said a word. And yet yesterday it happened, or maybe this morning.

And I think I’m the cause of this. (interruption) Yeah, I think I’m the cause of a lot of things, folks, by the way but nevertheless, because I’ve been hammering that. An unnamed person close to the Clintons has spoken up and said that Ed Klein is the biggest scum that there is ever walked the planet. (paraphrased) “Ed Klein is the biggest shred of human debris that there has ever been take a breath.

“There is a special place in hell preserved for Ed Klein!” But they still haven’t refuted anything he said. All they’re doing is calling him names; they haven’t said anything to refute it. They have said (summarized), “You know, we’ve dealt with a lot of trash.” This unnamed Clinton confidant.

“We’ve dealt with a lot of people, with a lot of kooks, with a lot of nuts, with a lot of trash, ever since we came on the scene, but this takes the cake. “This guy is a reprobate! This guy’s a liar; he’s a sneak. He sits out there in the shadows and all he does is write this drivel and bilge and tripe and then publishes it every now and then,” and yet none of it was refuted. All they did was call Klein names.

I have the details of that coming up. 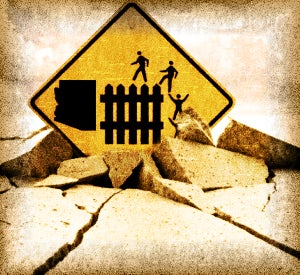 From the East Valley Tribune in Arizona: “Calling the state policy motivated by animosity, the 9th US Circuit Court of Appeals on Monday ordered that ‘DREAMers’ who the federal government allow to work in this country also be issued Arizona driver’s licenses, at least for the time being.” The Ninth Circus says that illegal aliens who are DREAMers must be allowed to get Arizona driver’s licenses.

Okay, fine. But since they’re going to work, are they not paying taxes?

How is it fair that they are paying taxes and yet don’t have a vote in America? That’s not right. The next thing to happen is that the illegal alien DREAMers, whoever, should be allowed to vote — which is really what all of this is about anyway. Although I gotta tell you, folks, it’s getting worse. I read a piece by Wesley Pruden in the Washington Times over the weekend. He didn’t pull any punches. Do you know what he said?

He came right out and said that Obama is trying and is succeeding in turning America into a Third World country, and that that’s what this stuff in California and Arizona — the unaccompanied children, the 300,000 illegals since April — is really all about. He said that Obama’s mother was enamored of the Third World, loved the Third World.

So Wesley Pruden pulled no punches.

What this is about is trying to turn the United States into a Third World nation to get even with this country for all of the suffering and misery and whatever else that it has caused, and Pruden’s not the only one. More and more people are starting to say things like that, that it’s purposeful. I mean, not just incompetence. This is not Obama incompetence. This is purpose. He’s got a design. I mean, they’re launching. (interruption) They don’t even seem to have any reluctance. They’re not couching it.

They’re just bombing away with this allegation.

I’m trying the headline stuff before we come back after the break and get into greater detail. Oh, let me do this. Let me do this.

Graham Nash… There’s something else here. I’ve got my stacks. I got a bunch of late-arriving show prep today and I didn’t get a chance to get it all organized. My bad, folks. I apologize. But I’ll get it all put together as you know will happen before the program ends. It’s Graham Nash of Crosby, Stills & Nash (occasionally Crosby, Stills, Nash & Young), well known rock ‘n’ roll super crooners from the sixties and the seventies.

Graham Nash is 72, now, and he says that he “feels optimistic that young people will once again change America for the better. So while he’s frustrated by political ideals surrounding issues like global warming and marriage equality, he realizes ‘those powers against progress,'” i.e., Republicans, “will naturally run their course.

“‘They will all die at one point and the children will take over,’ Nash said. He added: ‘Do you know anybody under 25 that gives a damn whether you marry a man if you’re a man or if you marry a woman if you’re a woman? No.’ Nash said young people helped administer change in the 1960s and ’70s, and today’s young people will have a positive influence on their generation.”

He then said, “‘It used to be that the Supreme Court was a very unbiased set of people. It’s not that way anymore. … They made corporations people? They gave them, corporations, religious rights? That’s insanity to me.'” Well, I have a little disappointing thing here for Mr. Nash. This is from the New York Times, in fact. It’s David Leonhardt, writing today in the New York Times. “Why Teenagers Today May Grow Up Conservative.”

You remember, ladies and gentlemen, over the many years of this program, during such times as this when people are in the midst of despair and thinking that the country’s spiraling outward to a point that it can’t recover, I have cited sociologists to you? Their names escape me. They said, “You know, this is not by any means the first time this has happened in the country, it won’t be the last, and yet we always do seem to recover.”

The explanation was that at some point a generation of young people is gonna come along and simply not accept the world/the country, as it is. They don’t want to grow up in that kind of world, and this guy writing says that that’s probably what we’re looking at in large part. He doesn’t really specifically tie it to a mode of thinking, but it is true. Now, the argument that you get from people today is it’s never been this bad, in the sense the country has never been this threatened internally.

The country has never been this precariously balanced and we’ve never had so far to go to recover, all of which may be true. But we did recover from New Deal and FDR. (Well, that’s arguable I know.) But we did recover from the Great Depression. We recovered from the wars; some say we recovered because of them. But Mr. Leonhardt here in the New York Times has an interesting theory as to “Why Teenagers Today May Grow Up Conservative,” which, of course, will shock and dismay and sadden Graham Nash, if he hears about it.