Another Drive-By Steals the Limbaugh Theorem

RUSH: Yet another Drive-By journalist essentially steals the concept of the Limbaugh Theorem as his or her own to explain what Obama is doing. But they’re not happy about it. I think one of the questions in the story is, “Is all he ever gonna do is campaign?” And of course that is the nub of the Limbaugh Theorem.

Obama always seems to be campaigning against his own policies. He’s campaigning against whatever’s happening at the moment, and by doing that he’s attempting to escape any tie to it or any accountability for it. And it works with certain low-information voters. But then there is the other side of that coin, and the other side of that coin is, just how bored with Obama are people now? Well, in a sense, because the bloom is off the rose and it has been for a long time.

I mean, you compare Obama today to the Obama of 2008 during the campaign, the messianic days, and the first year of the Obama Regime where everybody was so excited that this new guy had shown up and we never had anybody like this before. Quite heady days, filled with optimism, although nobody knew quite why. It was just this guy was different and he was historic and all of that, yet it hasn’t panned out. Nothing, not one person’s expectations have been met. When you stop and think about it, everybody who voted for Obama is unhappy for one reason or another, the vast majority. Maybe not everybody.

Now, the story I’m talking about is Julie Pace, Associated Press. The headline or the slug of her piece says, “His Agenda in Gridlock, Obama Relishes Roadshow — Welcome to Barack Obama’s split-screen presidency. On one side: a confident Obama making campaign-style stops around the country and ridiculing his political opponents to the delight of cheering supporters. On the other side: an increasingly unpopular president hobbled by gridlock on Capitol Hill and a steady stream of vexing foreign policy crises.”

See, right there it is. Obama is hobbled by a Congress and foreign policy crises, none of which is his doing. He’s the perpetual victim of circumstances beyond his control. It’s so unfortunate, so sad. Such wonderful promise for the Obama Regime back in 2009, and now all of these vexing problems and being hobbled by Congress. So he’s out on the campaign trail, he’s constantly complaining about this and that, and the very things he’s complaining about are the direct result of Obama’s policies. Here’s the story in full right here. 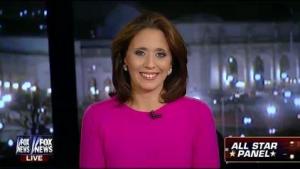 I’m telling you, it is the AP describing the Limbaugh Theorem without even admitting it. So Obama’s hobbled by Congress, foreign policy crises, none of which is his doing. He’s the perpetual victim of circumstances beyond his control. But you know what? I think there are a lot of people whose capacity for sympathy for Obama is vanishing. Wouldn’t you agree? Look, folks, we’re almost six years into this. We are almost halfway through the second term, and for them to try to get away with the things first-term presidents do in their first two years is quite telling. Because after a while, all the excuses get old. After a while, all of the whining and moaning and blaming other people gets old, because this is the most powerful office in the world.

If the most powerful office in the world can end up being hamstrung like this, then what good is it? “Obama has long sought refuge outside of Washington when his frustrations with the nation’s capital reach a boiling point.” See? More Limbaugh Theorem. Oh, yeah, frustrations with Washington and what happens there. He’s the center of it! “But his ability to rally public support in a way that results in progress for his legislative agenda has perhaps never been weaker than it is as he nears the midpoint of his second term.”

Why would that be? Why is his ability to rally public support that results in progress for his agenda never been weaker? Why is that? It’s because he’s president. He’s been president for five and a half years, and after a while people say, “Wait a minute, what are you complaining about, bud? You hold the cards.” In other words, asking for sympathy because you’re a victim doesn’t last long, does it? When your kids try it, how long do you let ’em get away with it? When one of your in-laws tries it, when one of your friends tries it, when your spouse tries it, how much tolerance and patience for it do you have?

It’s really unseemly for an adult, a powerful adult. The president of the United States, the most powerful nation in the world, at one time it was, to run around acting like the victim?