RUSH: Time now for vagina justice, and, as such, it’s time for you, if you don’t want your children or anybody else to hear this, if you don’t want to be, I don’t know, offended, or if you just rather not hear these kinds of things discussed, I’m gonna count down from five and then you better be gone. And then when 2:30 Eastern, 1:30 Central, 12:30 Mountain, 11:30 Pacific hits, you turn the radio back on. Don’t change stations, just turn it off. Five, four, three — you got three seconds here to decide — two, one. If you’re still here, it’s on you.

It’s an AP story. “Thousands of women whose genitals might have been photographed during gynecological exams can share a $190 million settlement from Johns Hopkins Health System. But they’ll have to describe their trauma before seeing any money. That might be painful for some women who feel profoundly violated by Dr. Nikita Levy, who committed suicide in February 2013 after being caught with hundreds of pelvis pictures. Others who have gotten over their shock in the year and a half since then might wonder if it’s worth their trouble. And still other patients who didn’t recall any exam-room trauma might try to collect anyway.

“One woman who contacted The Associated Press seeking to join the class action couldn’t remember Levy, but said she would try for the money. ‘I could have been a victim, and if I was, he should have to pay for what he did and the hospital should have been more aware of what was going on at the facility,’ the woman said. The AP does not usually identify possible victims of sex crimes.”

Eight thousand women may join the class-action. Vagina justice. So I see this story, I wasn’t even gonna mention it until — Kathryn and I have been watching this summer TV show on NBC called Night Shift. It’s Grey’s Anatomy with some — it’s a little higher paced, it’s a little more irreverent. It’s a Grey’s Anatomy on steroids. Episode five or episode six — there are eight of ’em — episode five or six, takes place in a San Antonio hospital, night shift, massive tornado, thunderstorm causes a massive car accident. One of the doctors’ wives is pregnant, very near birth, with her other daughter in the car. 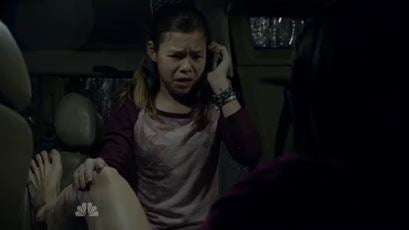 He learns that they are in the accident and the little daughter calls barely getting a cell connection, saying, “Mommy’s gonna give birth, oh, my God, what do I do? Oh, no!” They send out a team, but they can’t find it. It’s a big wreck, so the little girl has to deliver the baby. The father of the little girl — I really hope you turned your radio off. This is prime time, it’s like nine o’clock at night, NBC. The father of the little girl says, “Honey, what I want you to do –” I can’t believe this. “I want you to spread your mom’s vagina really far and you’ve got to get in there and you’ve got –” and then he delivered the instructions and so forth, and the little girl thought nothing of it and did it. “Okay, dad, now what?” And the instructions kept coming, and I was…