Why the Regime Did Obamacare First

RUSH: Scott in Plano, Texas, you’re next. I’m glad you waited. And welcome to the program. Hello.

CALLER: Hey, Rush. Mega dittos, and it’s an honor to be talking to a national treasure.

RUSH: Well, thank you, sir, very much. Appreciate that.

CALLER: I wanted to expand on the amnesty story that you led off with. It is a fact that the majority were against it, but the majority were also against Obamacare, and of course Obamacare had to be passed by all kinds of dirty tricks and so forth in the middle of the night and last minute and so forth, and I kind of picture it as pushing two boulders up the hill. The Democrats know they couldn’t get both of them up or they would have been 0-for-2, you know, if they tried both amnesty and Obamacare, they would have failed on both. And they almost failed on Obamacare. And I think there are a couple reasons. One is amnesty is not as socialist, and they were trying to lead off with their best card. Also, I think it was not as complex as Obamacare, and so it couldn’t have been delayed. It would have gone into effect, it would have been a disaster, and he would not have gotten a second term. Those are some of the reasons why I think they chose not to do the amnesty in addition to the fact that most people were against it.

RUSH: I think, if I heard everything you’ve said, I would agree with most of it. However, I’m not sure I caught everything, ’cause your phone connection wasn’t the best. But, let me review. You think that they couldn’t have done both in the first term, Obamacare and amnesty, ’cause that would have been too much; they would have lost twice.

So they had to pick the one thing that was less…what, complex? ‘Cause everybody wants their health care. So even though a majority have never been for it, it was not as damaging to the Democrats to focus on that as amnesty. Well, the answer to, “Why did they do health care and not amnesty or why didn’t they do both when Obama owned Congress the first two years?” is…

The reason for health care… Again, the politics of this, the domestic political fallout didn’t matter. This was one of those things they were gonna ram through. As the caller said, they used tricks and late-night things and all kinds of lying like to Bart Stupak about abortion. I mean, they pulled out all of the unsavory stuff to get this done, and they didn’t care about the political fallout. 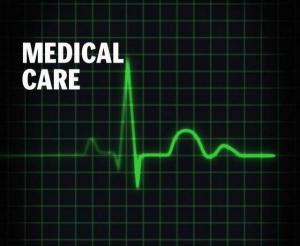 Now, the reason for that is, in health care — government-run health care — you own your country. You now have full control over everybody in this country. It’s worth whatever fallout. It’s worth losing the House 2010 to get that. It is worth whatever political fallout there is. Now, it’s not worth losing the White House in 2012, and that’s why they did this in the first two years of Obama to give people time to recover from it and hopefully forget.

You know, Obamacare was scheduled so that the goodies, the benefits would be the first thing that happened. The tax increases come later. So the pain of Obamacare comes later. Plus with all the waivers, they delayed it. As far as they were concerned, only the goodies were gonna happen. It didn’t work out that way because it was incompetent to begin with. But with health care, that has been a dream of every person who has…

It was massively opposed.

It has never been supported.

It has always been massively opposed. They only want amnesty passed if they can have it blamed on the Republicans, which is what they are trying and have been trying to maneuver into happening. They want the Republicans being seen as doing it! That’s why all of this talk about, “You guys are never gonna win another election if you don’t do this because the Hispanics gonna hate your guts forever!”

He didn’t do amnesty because there was no way he could blame the Republicans for it when he controlled Congress, and it’s all about blaming the Republicans for it. Amnesty is all about making sure it’s seen as a Republican achievement so that it wipes them out. No way was he gonna do amnesty and then try to get health care done. He would have never gotten health care done if he’d have done amnesty first, folks, ’cause that was really opposed.

Now, you can talk a good game about “giving” everybody health care. You can marshal some support. Let’s also remember that while all this was going on, the Democrats are pushing Dodd-Frank through. That’s just as big, and that’s just as complex, and just as big a power grab in the financial industry as Obamacare is in the health industry. Don’t think they were too busy.

They weren’t too busy.

This is what they had dreamed of!

Obama had total control of the House and the Senate, and he used that for Obamacare. Now the Republicans own the House and maybe they’re gonna win the Senate, and that’s when Obama… I don’t think he’s ever gonna grant amnesty. The only way he’s gonna grant blank amnesty to five or six million, or all 11 or 12 million or whatever, is if the Republicans get the blame for it.

It is a death sentence, and Obama knows it.

RUSH: You know, at first, just to give you another example, a lot of people did not think Obamacare was political at all. No, no, no, it was just Obama wanting everybody to have health insurance. It was just Obama wanting everybody to have affordable health care. And it was the Republicans who were politicizing it just to deny the first black president a success story. And then it came to light that Obama had been lying to everybody about it, and then the waivers started, and finally the truth of Obamacare could no longer be denied.

Now, in the case of Obamacare, it never did have majority support. At best, it was 50-50. But even the low-information crowd, at first, and the people that claimed they hate politics — next time, by the way, you encounter a young person, I don’t care whether 15 or a Millennial that’s 30 years old, the next time you encounter a person that overhears you in a conversation. “Does everything have to be politics? I don’t care about politics. I wish people would stop arguing.” Look ’em in the eye and say, “You had better wake up and learn that everything that is happening in this country is political.”

Just tell ’em. Just face them and tell them. “You can’t run away from it. You might think you can, but you can’t.” It’s like my dad used to tell me and my friends on Friday night, “You boys think you’re having fun, but you’re not.” Well, you think you’re escaping politics, you young twerps, but you’re not. It’s everywhere, and it’s affecting you in ways that you don’t even see because you’re closed off to it, in your own mind.

Anyway, greetings, and welcome back, folks, Rush Limbaugh, the EIB Network and the Limbaugh Institute for Advanced Conservative Studies. Telephone number is 800-282-2882 if you want to be on the program.

By the way, who’s telling them this? The Democrats and the media. “You know, you guys are never, ever gonna win again if you don’t do something about the Hispanic vote. You’re losing ’em, bud, you’re losing the Hispanic vote. You better change your attitude on this immigration business. You better come out for amnesty right now.” Yeah, well, why didn’t Obama do it when he had the chance and accept all these accolades? Why didn’t he do it after promising? Why didn’t he do it and get all this credit? Why didn’t Obama do it and end forever the Republican Party’s chances at winning the White House, hmm? Because he wouldn’t have gotten the credit; he would have gotten the blame. And the Limbaugh Theorem says Obama never gets the blame, at least to the extent that he’s able to control it.

Now, one of the ways that might help the people who claim to not like politics, who claim that they’re apolitical, don’t want anything to do with it — and that’s why they hate the Republicans.