Obama Doesn’t Want to Tip the Scales of Justice (Like He Did with Skip Gates, Trayvon Martin and Lois Lerner?)

RUSH: I’ll tell you what. Let’s listen to some Obama sound bites here. Let’s just see. Start here at number two. This is yesterday afternoon in Washington, at the White House. The president came back from vacation. Oh, try this. People have been asking, “Why did he come back? Why did he come back to Washington from the Vineyard just for three days? What’s the point? Just to meet Biden? Why couldn’t they have had Biden go to the Vineyard?”

Nobody in the Vineyard wants Biden there.

“Oh. Well, he’s gotta meet with people in Iraq and so forth?”

He could do that over in the Vineyard.

Try this. By returning to Washington for three days, the guy buys another, an additional week of vacation. So this two-weeker becomes three. He was originally scheduled to return to Washington at the end of this week, and that would put him in Washington, well, over Labor Day or whatever. Nobody’s in Washington over Labor Day. So what do you bet…? Let’s just see if I’ll be right.

What do you bet that Obama extends the family vacation another week for total of three, using this three-day break in Washington as an excuse or justification or whatever for, “Hey, he came back to work, so he’s is gonna be gone an additional week just to make up for the time he lost”? Anyway, we’ll see if that happens.

Late yesterday in Washington at La Casa Blanca, Obama make a statement to press about the unrest in St. Louis. Ann Compton with a question. “Sending the attorney general to Ferguson, that’s a step, Mr. President. Has anyone there asked you or have you considered going yourself? Is there more that you personally can do, not just for Ferguson, but for communities that might also feel that kind of tension and see it erupt in the way it has?”

There aren’t any, Ann! Ferguson stands alone. There isn’t another Ferguson anywhere.

But look at this question. “Is there more that you personally can do not just for Ferguson but for communities that might also feel this kind of tension and see it erupt the way it has in Ferguson.” Mind you… See, folks, there are all kinds of communities out there and they’re effervescing at this very moment, and they’re about to boil over! The tension between the cops and the black people, it just isn’t working, and there’s about to be an explosion!

So the question is: Don’t you think you’d better go to Ferguson, show these other communities that you care? The question alone makes my point. The question’s, “Mr. President, why don’t you get involved? Okay, send Holder, great. But why don’t you do something?” The impression being left is that he is not involved, he’s not doing anything, he doesn’t know what’s going on. He needs to do and so he needs to go there. Here’s what he said.

OBAMA: I have to be very careful about not prejudging these events before, uh, investigations, uh, are completed. Uh, because, uh, although, uh, these are, you know, issues of local jurisdiction —

OBAMA: — or the DOJ works for me and when they’re conducting investigation, I’ve gotta make sure that I don’t look like I’m putting my thumb on the scales one way or the other. 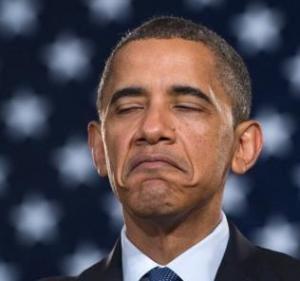 OBAMA 2009: I don’t know, not having been there, and not seeing all the facts, what role race played in that. But I think it’s fair to say, number one, any of us would be pretty angry. Number two, that the Cambridge police, uh, acted stupidly in arresting somebody when there was already proof that they were in their own home.

RUSH: Stop the tape. Wait a minute! He just said that he not gonna prejudge this stuff; that he can’t. He’s president so he can’t prejudge these events until the investigations are completed. He can’t do that. Like the Skip Gates case where he called the police officer stupid and essentially proclaimed Gates innocent before all the facts were in? That led to the beer summit. How about this one? March 23, 2012. Here’s the president once again not prejudging, not getting involved ’til the investigation is complete.

OBAMA 2012: My main message is, uh, to the parents of, uh, Trayvon Martin. You know, if I had a son, he’s looked like Trayvon Martin. And, you know, I think they are right to expect that all of us as Americans are gonna take this with the seriousness it deserves and that we’re gonna get to the bottom of exactly what happened.

RUSH: Yeah. Right. Gonna get to bottom. Right, right. And then there was this interview on Fox before the Super Bowl earlier this year.

O’REILLY: But no mass corruption?

RUSH: Wow. So here’s a guy who says yesterday he’s not gonna get involved. He can’t go there. He can’t prejudge this — it’s too important — ’til all the facts are in, ’til the investigation’s complete, which, by the way, is going to take months. You people in Ferguson had better batten down and hunker down, ’cause this is gonna take months. By design. Here’s a guy prejudging everything up until Ferguson. Now he’s got to back off, not get involved.