RUSH: Here’s Roger in Seattle as we head back to the phones. Roger, I meant to get into this today and you’re gonna take me there, and I’m glad you called.

CALLER: Absolutely. This is the nemesis of Frank Borman and Frank Lorenzo.

RUSH: Oh, Roger! My old buddy from New York. The union rep! Yes, siree, Bob, I remember. How are you?

CALLER: Good. Listen, I want to become the EIB Director of Industrial and Labor Relations for EIB.

RUSH: We don’t have any relations with labor here.

RUSH: Okay, well, we can talk about that, but time is running short.

CALLER: Anyway, how do you feel about the Hawks. You know, the owner?

RUSH: You know, this is amazing to me. The Atlanta Hawks owner. Dawn, did you hear about this? The owner of the Atlanta Hawks is going to sell his interest in the team. He “self-reported” a racist email he wrote two years ago, maybe longer than two years ago. It was a marketing email to other members of the franchise explaining problems selling tickets and essentially that the audience, the crowd was “too black.”

It looked uncomfortable to whites. He said the black population of this crowd was much greater than in any other cities. Anyway, he “self-reported” the e-mail, and he admitted it was a horrible thing that he had done — horrible, horrible words he had written — and he was angry at himself when he went back and looked at it. So he’s going to sell his interest in the team.

I think this is kind of like the fear of the authorities has come full circle now, and you self-report your crimes to get out of jail in advance. I was also wondering, did Donald Sterling…? You know, Sterling is running around saying (summarized) “I’ve got e-mails from all of these owners and you wouldn’t believe the racism in this league. It’s not just me.” 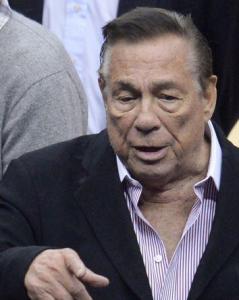 I’m wondering if Sterling had access to this and was threatening to release it on the Hawks’ owner. I’m just speculating. I have no idea. But I think it’s fascinating. To me, this kind of “self-reporting” on yourself indicates a fear of a totalitarian state come to get you, and this is what you do to avoid any kind of problem whatsoever. I just think it’s amazing. What do you think about it, Roger?

CALLER: Well, I think it’s terrible. You know, because… Hey, listen. People say things and sometimes it’s taken out of context, you know? And you know what? You have to talk amongst each other. What gives me pause is if you go on MSNBC. First of all, Sharpton should be in prison in Arizona, in a hot desert someplace, you know? But they pay him big money. You know, it’s unfortunate. Like, you call them F. Chuck Todd and everything like that. They don’t report the news. They give you their version of what it is. They’re hardly reporters, and very frustrating.

RUSH: Yeah, but… Bruce Levenson, by the way, is who we’re talking about. He is the majority owner of the Atlanta Hawks. There’s no misreporting on this. He released the e-mail that he wrote, and it is what it is. Now, some could say, “Hey, he’s just honestly assessing his market and his challenges in promoting the team and so forth.”

But that wouldn’t fly. He doesn’t think he can survive if this thing came out. So he’s just beating everybody to the punch here, and asking for mercy and forgiveness in advance. He’s the first to beat himself up over it, which will help mitigate the other punches thrown by other people.