The Iraq War Wasn’t a Disaster — It Was Necessary

So right now Beinart and his career is over at The Atlantic. “Obama’s Disastrous Iraq Policy: An Autopsy.” An autopsy. An autopsy, as in, there’s a body. Right. As in, there’s a dead body here. The Obama Iraq policy, and it’s Peter Beinart who is the medical examiner here. The opening paragraph here is just so typical.

“Yes, the Iraq War was a disaster of historic proportions. Yes, seeing its architects return to prime time to smugly slam President Obama while taking no responsibility for their own, far greater, failures is infuriating.”

Do you know what that’s in reference to? Dick Cheney on TV this week. See, right here it is in the first paragraph. The left believes their own drivel. They manufactured, for political purposes, the idea that the Iraq war was illegitimate from the get-go, should never have happened, was impossible to win, was totally unnecessary, and was administered by a Darth Vader named Dick Cheney who only did it to enrich Halliburton. Everybody involved, Petraeus, liars, cheats. It was a waste of American treasure and American life, they said, and it was a total boondoggle.

The reason they did this is that’s what got them elected. They did everything they could to secure defeat for their own country in Iraq. And they can’t let go of the lie that they manufactured. So in a piece where he’s gonna rip Obama to shreds, he has to start out by saying, I don’t care how bad Obama is, Bush and Cheney were worse, and it really galls all of us to see ’em on TV gloating now.

Well, Mr. Beinart, I don’t know that Cheney’s gloating. I think Cheney’s genuinely worried that we have people running this country who don’t have the slightest idea how to save it, protect it, defend it, nor do they take it seriously. I think Dick Cheney is seriously worried about the country. I don’t think Dick Cheney’s on TV gloating about anything. There’s nothing to gloat about here. We don’t gloat over US weakness. We don’t seek to disadvantage our own country for our own political advancement like you people do. We never seek defeat in a military conflict so that we can make our political opponents look bad.

We never want this country to be at risk. Whenever we get involved militarily, we want to kick butt now, take names later and end it and come back with a W. And we certainly do not want the country run by people that don’t want the same things and don’t know how to accomplish it and are not even interested in those things. And that’s what we’ve got. Nobody’s on TV gloating. But this whole idea that Iraq was a disaster really ticks me off ’cause it wasn’t. It was necessary.

Folks, let me go through this one more time before I get back to this column. I want you to try to think about something, and I want you to put yourself in Bush’s place. I know it’s very hard for any of us to really do this, but imagine being president and 9/11 happens. You’re reading to a class of children as part of an average, ordinary presidential day. One of the stops is a schoolhouse in Florida. And somebody comes to tell you the World Trade Center’s just been knocked down, both towers on the way to plummeting. Nobody knows anything other than that.

So you are commander-in-chief. Your oath of office is to defend and protect the Constitution and the people of this country. That’s your first and foremost duty. Something like the twin towers going down, the Pentagon being hit, something like 9/11 is, I mean, it’s ridiculous to say that it’s unique. It’s far more than that. It’s never happened before. And if around the world other people threaten to do the same thing, how do you not take that seriously?

It’s like our old French philosopher, Blaise Pascal said — I’m paraphrasing — it’s much easier to believe that something that has happened can happen again, something that has been can be again, than it is to believe that something that’s never been can be. Well, okay. World Trade Center was hit, our own planes. We were attacked. Okay, it can happen. And the world was cheering in certain quarters, and there were people bragging they’re gonna do it again, they’re gonna do more. You have to take that seriously.

Going into Iraq was not to avenge an assassination attempt on George H. W. Bush, and it wasn’t about Halliburton. It was about somebody taking a threat seriously and taking preventive action and not waiting to be hit again. Saddam was bragging all over the place about all the weapons of mass destruction he had, and they were toying around with creating a nuke, and everybody knew he had and tried to. Now, at the time this is happening, you can’t afford to sit around and say, “Nah, he can’t do it. Nah, he doesn’t mean it. Nah, he’s just bragging.” You don’t have that luxury. 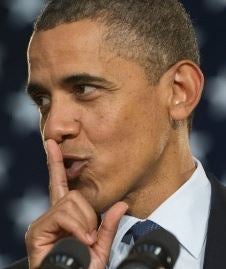 So the decision was made to take him out along with whatever we did in Afghanistan. The Democrats supported it for a couple of weeks, but that’s as long as they could go and then they turned it political and that was the end. They spent the next five years trying to delegitimize the whole thing. In my mind it had a valid purpose. Now, the details of the mission, democratizing the place and turning it into a mini-America, that was a stretch. But I don’t have one problem with taking out people threatening to do exactly what happened to us on 9/11 before they can do it. If they’re gonna brag about doing it they may as well paint a bull’s-eye on their target.

Everything changes after 9/11. You don’t sit around and wait for it to happen again and then go get ’em and try to find out who did it. Anyway, the idea that Iraq was entirely illegitimate, made up and unnecessary is something the Democrats fed off of for five years. They went to every election on it. It just it sickened me when it happened. They were ripping the military, accusing them being rapists and terrorists and terrorizing women and children.

You had John Kerry, John Murtha, Democrat after Democrat on television every day, every week criticizing their own country, criticizing their own military, accepting any allegation about our military as truth, all for the purposes of discrediting the whole operation so that we would lose, so that the Democrats could win the White House in 2004 and 2008. So that’s why, when I read this opening from Beinart, I just get steamed again. “Yes, the Iraq war was a disaster of historic proportions.” No, it was not a disaster!

Okay, so he had to get that out of the way to be true to the Democrat liberal reader base.

RUSH: By the way, I should have mentioned that this Beinart piece is from June. It’s not from this week. It makes it even more poignant. The Peter Beinart piece is from June 23rd of 2014. I’m sorry I forgot to mention that. I got so revved up to get into the substance that I forgot to mention it. But it’s June 23rd, 2014, not written after last night’s speech. So let me just read the rest of the first paragraph. It’s really all you need to hear.

“But sooner or later,” he writes, after ripping Bush and saying it’s embarrassing to see him on TV, “honest liberals will have to admit that ObamaÂ’s Iraq policy has been a disaster. Since the president took office, Iraqi Prime Minister Nouri al-Maliki has grown ever more tyrannical and ever more sectarian, driving his countryÂ’s Sunnis toward revolt. Since Obama took office, Iraq watchers — including those within his own administration — have warned that unless the United States pushed hard for inclusive government, the country would slide back into civil war. Yet the White House has been so eager to put Iraq in AmericaÂ’s rearview mirror that, publicly at least, it has given Maliki an almost-free pass.”

So even back in June the libs were writing about what a disaster Obama’s policy is, and it’s only gotten worse. But here’s this word “inclusive.” Obama talks about the Iraqi government must be inclusive. That’s a crock of a word when we’re talking about things like that. Inclusive? Whatever happened to doing what you have to do? These are serious matters. This is not social architecture. This is not a social liberal experimentation laboratory. Inclusive?

“Well, that’s right, Mr. Limbaugh, because if the Iraqi government had been inclusive and allowed the Sunnis and the Kurds and the Shi’ites to all participate equally –” It’s a crock. Inclusive? That’s not how things like this work. I’ll tell you, we’re veering so far. There are just hard, cold truths and realities about things of grave consequence and you cannot deal with them with political correctness and so forth.