RUSH: The Minnesota Vikings have announced that Adrian Peterson will play Sunday. He will play against the New Orleans Saints. He was suspended for one game this past Friday because he “whooped” his four-year-old son the way he was whooped when he was growing up. Adrian Peterson has a number of sons. They’re not sure how many and they don’t know how many women have provided them, have mothered them.

One of his sons — that he only learned last year was his — died. That’s how he learned it was his. It’s terrible. Stepfather. At any rate, the Vikings suspended Adrian Peterson. He was indicted for child abuse and negligence because he spanked his four-year-old son with a switch, with a branch from a tree or from a bush. I think that happened to me. I had to go cut the branch. 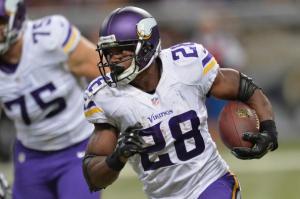 I had to go cut the branch from a birch tree in the backyard.

Anyway, the Vikings, this is gonna create a whole new fever-pitch firestorm in the sports media now. They’ve activated him for this coming Sunday’s game.

RUSH: So Adrian Peterson is gonna play Sunday now. The ownership of Minnesota Vikings — the Wilf family, Zygi and Mark Wilf — said, “As evidenced by our decision to deactivate Adrian from yesterday’s game, this is clearly a very important issue. On Friday, we felt it was in the best interests of the organization to step back, evaluate the situation, and not rush to judgment given the seriousness of this matter.

“At that time, we made the decision that we felt was best for the Vikings and all parties involved. To be clear, we take very seriously any matter that involves the welfare of a child. At this time, however, we believe this is a matter of due process and we should allow the legal system to proceed so we can come to the most effective conclusions and then determine the appropriate course of action.”

“This is a difficult path to navigate, and our focus is on doing the right thing. Currently we believe we are at a juncture where the most appropriate next step is to allow the judicial process to move forward.” So he’s reactivated for Sunday’s game against the Saints. He will play. Which means that from now until Sunday through the game the Drive-Bys will be focused on that aspect of the Minnesota-New Orleans game. 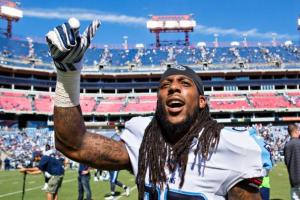 Yesterday in Nashville, the Tennessee Titans hosted the Dallas Cowboys. I have a story here from ESPN.com. “Titans Play Questionable Music,” is the headline. Ready for this? “Before the Cowboys-Titans game at LP Field, a warm-up soundtrack blared through portable speakers that the Titans wheel onto the sideline. Fight Night, by the group Migos, played about 35 minutes before kickoff.

“The worst of the lyrics were blotted out, but the song’s themes were still questionable given the recent developments concerning the NFL’s trouble with domestic violence. ‘We review everything we play on game days and play radio versions, but clearly with the subject matter included, the song should have been flagged and eliminated from the playlist,’ said Don MacLachlan, Titans executive vice president of administration and facilities,” which means he produces the game and runs the event.

There’s a story about pregame music between the Dallas Cowboys and the Tennessee Titans. You know, folks, that’s another thing. When I worked for the Kansas City Royals, I was in charge of pregame music, and I knew to be very, very careful what songs to play. No, not really. This is ridiculous. But, anyway, it’s just a sign. It is just a sign of the sensitivities and the focus, the change of focus for NFL sports media today.

You know what, by the way, I got a great idea for a new either cable TV show or syndicated TV show called NFL Court. We take on Judge Judy but we only deal with crimes in the NFL. I’ll be the judge. Judge Rush, NFL Court. I’ll be happy to do it. We get to the bottom of this and we take care of it in a season. There wouldn’t be any positive result of being on this show. If you’re on this show, you’re gonna have bad vibes and bad press and bad buzz and bad PR. We would stamp out the crime in the NFL like that. NFL Court, Judge Rush. I don’t have to be the judge. I’ll be happy to give the idea to anybody else.