If Single Women Vote Democrat, Then Republicans Would Be Wise to Start a Dating Service

RUSH: Stan Greenberg and James Carville, have a polling unit and they just put out a release on their latest poll. They put it out yesterday. “Unmarried Women Overwhelmingly Favor Democrats in Senate Battleground Races,” this according to the latest Stan Greenberg poll. Unmarried women. We knew this. I mean, we knew that unmarried women tend to vote Democrat.

The spread here is what is the news.

“Unmarried Women Support Democratic Candidates by 22 Points in 12 Battleground States.” Now, what can the Republicans do in the face of this? Unmarried women — the Julias of the world, if you remember that commercial that the Regime put together. “Unmarried Women Overwhelmingly Favor Democrats in Senate Battleground Races,” 12 battleground states.

What should the Republicans do about it?

RUSH: The Republican Party would be well advised to set up a dating service and to embark on a policy of arranging dates for as many unmarried women as possible. “Unmarried women favor Democratic candidates by an overwhelming 22 points in Senate battleground states, according to a poll released today by the WomenÂ’s Voices Women Vote Action Fund and Democracy Corps,” Stan Greenberg’s outfit.

So there has been an eight-point gain for the Democrats among unmarried women.

“‘The Senate races are tightening, and Senate candidates can’t win without the votes of unmarried women,’ said Page Gardner, President of the Women’s Voices Women Vote Action Fund. ‘In our new poll, unmarried women, African Americans and Latinos all indicate they will vote for Democrats next month, with big gains for Democrat candidates since we last conducted this poll in July.’

“The survey of 1,000 likely voters reveals a two-point advantage for Republicans (47-45) in the 12 battleground states — states that were won by Mitt Romney by an average margin of nearly 9 points [in 2012]. It also shows that Democratic candidates are poised to retain control of the Senate — largely through the support of unmarried women and people of color.” Now, that conflicts with Nate Silver.

He used to be at the New York Times and now is over at ESPN with his FiveThirtyEight blog. Off the top of my head, I think the last projection I saw from Silver was… Somebody correct me on this. I know this is not right, but it seems like it’s close to a 59% chance the Republicans win the Senate, up from… Yeah, well, up from 51%. This is a special-interest group poll.

I mean, I never heard of this group, WomenÂ’s Voices Women Vote Action Fund, and obviously they have a vested interest in the importance of unmarried, single women being seen because that’s gonna lead to more attention and therefore more money for the group and all of that. The poll shows that “[a]ll likely voters care deeply about creating jobs and improving wages, the poll shows. But unmarried women and members of the Rising American Electorate…”

That’s in caps: “Rising American Electorate (unmarried women, people of color and voters ages 18-29) also respond strongly to policies that help women and men and the working middle class.” Too bad no one’s talk about that, and they’re not. It’s a wide-open field, once again, for the Republicans to move in. But they’re seeking other strategies, utilizing other strategies, which is basically to stand mute.

They could start up a dating service. That may be the only thing they can do.

RUSH: Nate Silver is at 60%. FiveThirtyEight blog, Nate Silver says that the GOP has a 60% chance of winning the Senate, which is a direct contradiction of this unmarried WomenÂ’s Voices Women Vote Action Fund. Well, it’s maybe not apples and apples, because this is 12 battleground states, Republicans with a 47-45 edge, except in single women, where Democrats lead by 22 points in these 12 battleground Senate races. But overall, Nate Silver, it wasn’t that long ago that he was saying the Republicans’ chances of winning the Senate were 51%, it was last month. And now it’s up to 60%.

RUSH: Here’s Jay in Olathe, Kansas, outside Kansas City. Great to have you on the program, sir. Hello.

RUSH: How about that?

CALLER: It is, I tell you. And, you know, we’re doing it right here. You didn’t see one car turned over in all the excitement this weekend

RUSH: Well, come on, you gotta get your acts in gear.

CALLER: Yeah, I tell you.

RUSH: Gotta get your acts in gear. That won’t happen in Kansas, except maybe Kansas City, Kansas.

CALLER: You have made my day, Rush. I can go out right now and buy a lottery ticket. This is my lucky day. I’ve been a longtime listener, first time on the air. Unbelievable. I wanted also to tell you that this poll that James Carville just did, and you were talking about it earlier, it just goes to show that the Maha Rushie is correct again. And I go back to your Rush’s Truth of Life and how feminism was started and the single —

RUSH: ‘Cause I wrote it and I know what it says. It’s Undeniable Truth of Life, number 24. I do not know, Jay, where you’re going with this, but I want to get the truth of life stated, and then we’ll all eagerly wait to see what you do with it, okay?

RUSH: There were written in the late eighties. Number 24: feminism was established so as to allow unattractive women easier access to the mainstream of society.

CALLER: That is it.

RUSH: I think it’s undeniable. That’s why I wrote it. Anyway, how does that relate to this poll, unmarried women support Democrat candidates by 22 points in 12 battleground states?

RUSH: Well, congratulations. I think the greatest thing in the world is when a guy thinks he’s married to a hot woman who’s smart, the whole package, that’s just fabulous. Congratulations to you.

CALLER: Thank you very much. She’s two years younger and that’s why I keep calling her my hot young wife.

RUSH: And is she okay with that?

CALLER: Yes, she is. She actually gets a laugh out of it.

RUSH: Cool. That’s even better. All right. So, how does this relate to unattractive or unmarried women voting Democrat and the election?

CALLER: The unmarried women, again, do not have that conservative influence with their husbands to actually kind of get to show them.

RUSH: Oh! Oh! I see. So by virtue of the fact that women are unmarried, they don’t have any relationships with conservatives and therefore they are strangers to it, they don’t know anything about it?

CALLER: That’s correct. Which is what you were saying, the Republicans need to get a dating service. I love it.

RUSH: Well, it’s too late for a policy initiative. The only thing to do is to embark on a plan to get these women married.

RUSH: Here’s Lisa in Austin, Texas, as we head back to the phones. Great to have you, Lisa. Hello.

CALLER: You know, it’s been pretty interesting waiting on hold and listening to everything that you said in the last segment. I called about the guy who was talking about — first, I turned on the radio, and that was the guy talking about his hot young wife. 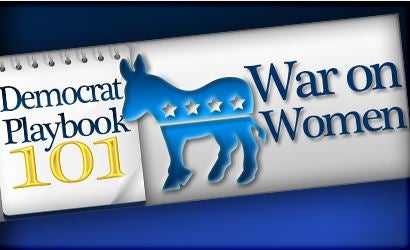 RUSH: Well, okay, let me tell you what preceded it. He was referring to — Stan Greenberg and James Carville have a polling company, and they just released a poll yesterday that shows that unmarried women — it’s not just single, divorced women, widows, but unmarried women, in 12 battleground races in the Senate, favor the Democrats by 58 to 32. It’s a 22-point lead in unmarried women. He was calling to respond to that, and his theory was that those women, because they’re unmarried, for whatever reasons, they don’t ever come in contact with conservatives.

CALLER: Right. So I would propose to you, and in everything that you’ve been talking about for the last half hour about people not having confidence in themselves, about being subordinate to somebody else who is an expert, that that starts in grade school, like you said, and people learn, you know, that they’re never gonna reach their goals or their best person. And what happens, I think the reason why unmarried, uneducated people tend to vote Democrat is a victim consciousness. So they’re victims. They can never be the hot young wife, they can never be — you know, and I think that has a lot to do with why women go to a butch feminazi. They’re trying to gain some kind of power and, you know, they just end up being angry, unhappy people.

RUSH: So they end up being victims, they’re unhappy.

RUSH: Their potential is not realized, so they end up being resentful, I hear you say.

CALLER: They either get angry and find some other way to express that anger, which the liberal —

RUSH: Let me ask you a question that might offend people. I don’t intend it to offend anybody. I’m just asking the question. They’re unmarried. How many of them, is it simply a matter of economics? There’s no second income in their house, and the government and Democrats will readily assume that role for ’em, with benefits here, benefits there, benefits over here.

CALLER: Right. Well, it’s easy prey. You get ’em while they’re down, hook ’em in to the government tit, if you will, and they got ’em. Now they’re captive liberals.

RUSH: If somebody willingly makes themselves a victim, then that’s tough to counter. Once you already decide you are a victim, then you add to that, here comes a political party which will happily have you think that of yourself, and then they will go further and tell you who it is that’s victimizing you. In this case, it is the Republicans. And what are they doing? Why, they’re running a War on Women.

And if they don’t have a second income, if they’re unmarried, if they don’t have a second income in the house, and the government comes along and offers it, we get to economics in this economy, I don’t care if you’re Republican or Democrat, the fact of the matter remains you don’t think very positively of your economic future. Not the way it’s being run. Nobody’s inspiring confidence in anybody about our economy. Somebody comes along, is willing to offer to make up for what you don’t have because you’re single, then you can’t afford not to do it.

It’s like seniors. I’ll never forget this woman that called from near the Mass Turnpike. She was so mad at me for arguing for tax cuts. She wanted her own kids to be hit with massive tax increases because that’s the only way her Social Security would go up, in her mind. And if somebody came long and told her the Republicans wanted to cut her Social Security, she wasn’t even gonna take the chance it was a lie. She was never gonna vote for a Republican simply on the basis of what if that’s true. She had to stick with the old reliable, the Kennedys and the Democrat Party promising to take care of her until she died. In large part, it’s a matter of economics, and other things, obviously.