CBS News Buries Their Own Poll

Yeah, there’s an Ebola Stack today, too. That goes without saying. We’ll get to everything here in due course, my friends. I’m just setting the table. I’m gonna go to a commercial break here pretty soon, and I have no idea what I’m gonna actually start with in detail. I’m just setting the table for you. I have the audio sound bites arranged by group, and so just whatever I feel whenever I feel it, is what I first get into.

But what I did put on the top today is this: “CBS Buries Results of Own Poll Showing Poor Ratings for Obama, Democrats Ahead of Midterms — Wednesday night on CBS Evening News with Scott Pelley…” Now, there’s a great example. If you want to watch somebody who really, really takes themselves seriously and really thinks that the sun and the moon set on every breath he takes, just watch that guy.

He’s a great illustration of the sense of self-importance they have, and of course that’s not new. Remember when Laurence Tisch bought CBS? He was looking at the balance sheets and he sees the news division is bleeding money. So he says, “Well, I’m gonna cut 200 jobs in there. I’m gonna make that division profitable.” Dan Rather had a cow; started running around, saying, “What do you mean?

Now, Moonves, CBS, Showtime, Viacom, whatever they are. Anyway, “On Wednesday night, the CBS Evening News with Scott Pelley made no mention of the results from the latest CBS News poll that gave President Obama and Democrats poor marks ahead of the November 4 midterm elections on issues ranging from the economy to ISIS to terrorism to who voters are most likely to vote for.

“Regarding the midterm elections, Republicans find themselves ahead of Democrats on both a generic ballot and specific issues,” ballot or poll. “Republicans have a six-point lead against Democrats overall (49% to 43% with those leaning left or right, 46% to 40% without) and a five-point lead [on] who voters would like most to see takeover the Senate (47% to 42%). Independents sided with the GOP by a full 30 points over Democrats (57% to 27%).”

Now, can I focus on that one for just a second? Because as you who are students of the political arts and sciences (ahem) know, the consultants class in both parties but primarily the Republican Party, stress every election the importance of the independents, the moderates, that it is there that every election is won or lost. This has been, in fact, a giant trick played and strategically executed very well against the Republicans.

The deal is this. The theory. Republicans get 40% of the vote. That’s their base. These are averages. The Democrats are gonna get 40% of the vote, their base. That leaves 20% undecided. That 20% that decides every election, and so consultants, in seeking employment, go to Republican candidates and say, “I’m the guy that can position you to get the majority of the independents.

“I’m the guy that then devise a campaign to make you president.” What happens is that the Republican Party candidate always takes for granted his base and begins trying to target the independents, which Republican consultants think are basically liberal Democrats that are afraid to say so. That’s how Republican candidates ended up sounding like Democrats. 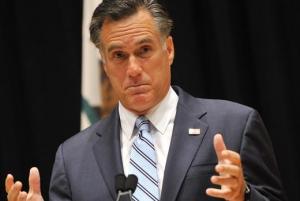 It was about 32%, because four million Republicans who voted for McCain in 2008 didn’t even show up in 2012. Nevertheless, a 30-point spread for the Republicans in this CBS News poll in independents is significant, despite what I just said. This is such a big spread that it’s significant. It is meaningful. “When it came to who voters trust to do a better job on the economy, foreign policy, and terrorism, the picture is the same.

“On the topic of terrorism, the GOP holds an massive lead of 21 points over Democrats at 52% to 32% …” This is the latest CBS News poll, and they didn’t report it. That is the point here. CBS buried it. Now, my friends, for 10 years, for 20 years the poll has been become the news. Presidential election opinion polls have become news stories. They are designed to shape public opinion, not reflect it.

Polling is not what people think. It’s not a sample of the temperature of the American people. It is an effort to shape the thinking of the American people. That’s what polling has become, and polling, polling results are news bought and paid for. It’s checkbook journalism is what it is. The networks pay for their own polls and then whatever the results are, they made the lead news story out of ’em every time.

The poll comes out, and it’s the lead news story. Their own poll. It’s not news. It’s bought and-paid-for results. The results may be legitimate, but they do the poll once a month. But it’s treated as though it’s earth-shattering news like the first thing you need to know if you’re standing on the corner and you want to know what happened and some guy comes up and says, “Hey, there’s a poll out! Guess what you think.”

It’s become easily poll results are leading news stories, except this one. For some reason, this poll never became news at CBS. I wonder why? Well, it’s obvious and self-explanatory. The numbers in the poll were released in an article at CBSNews.com at 6:30 p.m., which is when the CBS Evening News with the serious Scott Pelley begins in the east. But they never reported it on the CBS Evening News.

They never reported the poll results on TV, which constitutes the data being buried. Chris Stirewalt at Fox News has an analyst of some of their latest polling data, and it is bad news for the Democrats state by state and nationally. It’s bad everywhere. Sam Brownback in Kansas is rebounding. The anti-Obama tide is working in Alaska to Dan Sullivan’s advantage.

Obama made a big deal of going into Arkansas to help out Mark Pryor. I don’t know, they say when Clinton goes to Arkansas it does help. His endorsements have not been helping Democrat candidates for years now. Obama’s disapproval number in Arkansas is 61%. Tom Cotton is the Republican candidate. He and his wife just had their first baby today, by the way. Tom Cotton has a seven-point lead over Mark Pryor, 46-39%.