Don’t Label Yourself — Just Be Funny

RUSH: Adrian in San Francisco. Great to have you. Hello.

CALLER: Hi, Rush. Listen, I don’t know how I’m gonna follow the stripper dwarf, but I’m gonna try. You know, I talked to your call screener. I’m calling about conservative comedy. I want to say that it’s probably comedy that lampoons the left. And if anybody has called your show that’s been on hold knows, you know, I just listened to a battery of your bits that were just outstanding, witty, well written, funny as all get out. And I’m kind of wondering why are there no TV shows that would, let’s say, put the visual medium to work utilizing the kind of humor that I hear on your show, not only from when you speak, but also from the little bits that I hear when I’m on hold. I just kind of want to get your sense of why there’s not anything out there like that.

RUSH: Well, in the first place, Hollywood’s dominated by people who would not hire conservatives, but there’s a reason before you get there. The way liberalism has set things up, there’s nothing about it that’s funny. If you make fun, if you make jokes about liberalism, you are racist, sexist, bigoted, homophobe. You are mean, you’re insensitive, you’re extremist. The arbiters of comedy do not permit conservative comedy be tagged or thought of as comedy.

They label it immediately as mean-spirited or extremist, and therefore they stigmatize the person. Such as, if you wanted to go into conservative stand-up or something like that, you would immediately be tagged as mean and bitter. The reviews on you would be, “What’s up your butt? Why are you so unhappy? Why are you so mad?” Because the one thing that you do not do, I found, you just don’t make fun of the left and you don’t make jokes. You don’t make jokes about the feminazis. You don’t make jokes. They don’t have a sense of humor. Now, hang on, because, Adrian, this is actually a very good subject. Don’t go away.

RUSH: And we are back with Adrian in San Francisco. He wants to know why there is no conservative comedy. Let me ask you, Adrian, are you thinking about trying to do any kind of comedy, as a conservative? Are you looking into that, or are you just curious about the subject?

CALLER: Well, yeah, I actually told your call screener that I, probably in the next couple of weeks or a month or so, I’m gonna pitch an idea to an agency in LA. I don’t know if you would call it conservative. It certainly has a conservative message.

RUSH: Whatever you do, don’t. That’s the point that I was gonna make to you.

CALLER: Well, I really have no place else because this is a TV show —

RUSH: Don’t call it conservative comedy. The left doesn’t. They don’t say, “Hey, here’s the latest liberal take. Here’s the latest liberal funny line.” They’re just the comedians of the day, right? We have to assume they’re liberal by virtue of their material but they never talk about it, they never label themselves, and in fact some of them — not all, by all stretch, but some of them try to avoid labels. What they try to do is portray themselves as representative of the culture at large. They’re not liberal. They’re not leftists. They’re just funny people.

The problem that conservatives make — let me tell you a little story to illustrate. One of the first things that ever happened to me, the first meetings I ever attended in Washington shortly after this show started, was a convention of religious broadcasters. They were having trouble getting their programs on standard radio stations, not Christian stations, and they asked me what I thought. I said, “You’re eliminating 80% of the stations by calling yourself Christian radio. Just do what you want to do. Don’t label it anything. You’re making yourself targets.”

I know it isn’t fair. I know it’s not right. But you’re looking at people that are afraid of religion, afraid of Christianity, just do what you do, don’t label it. I think the same thing is true of conservative comedy. Don’t position yourself as an alternative to liberal comedy. Don’t position yourself as something new. You’re just a funny guy and you’ve got an idea you want to pitch. Now, if your idea does involve a conservative take on things, find some other word than “conservative” to use.

CALLER: Yeah. You know, that’s true. I mean, the reason I would probably — I mean, obviously they’ll find out anyway, but the reason I’m pitching to this particular agency is I’m trying to get to Joel Surnow, because I think he would really get this, and knowing the fact that he had tried that comedy show, I think it was called The 1/2 Hour News Hour —

CALLER: Yeah. I think it was a gallant try, although I think that, you know, the fake news stuff was a little bit of a tired forum, at least from my personal perspective. I mean, I’ve got a completely unexpected, fresh take on comedy, and I’m putting together Republicans and rock ‘n’ roll. And, you know, it’s a lot more than that, but I’m trying to —

RUSH: All I’m trying to tell you is that if you label it, you are by virtue of that limiting yourself, you are limiting your appeal. You have a new revolution of comedy for the country. You don’t say of Republicans and rock ‘n’ roll. The people you’re gonna be talking to think Republicans are hate-filled extremist bigots who are conducting a War on Women. And worse than that, they think the Republicans hate homosexuals, and you’re gonna be dealing with a lot of gay people in the world that you’re gonna be working in.

What I have found, you know, my television show was so-called conservative comedy. We didn’t call it that. I’m obviously conservative, but that’s not the way we positioned it. It was just our take on the news every day. And, by the way, it’s what the Daily Show is today except they’re doing it with a liberal take, and you see the difference. It’s vastly appreciated. It is thought to be brilliant comedy. Even though we didn’t have any writers, they have got 33. It’s a cultural thing, and you’re just up against it. You can lament it, you can say it’s not fair, but it’s what you’re up against.

My only piece of advice to you, if it’s funny, it’ll work. But keep in mind that if the humor is at all thought of as mocking liberals, they’re going to object to it because they don’t think what they do is mockable. They don’t think what they believe is, in any way, funny. It’s deadly serious. It’s civil rights. It’s human rights. It’s racism. It’s dignity. If you started making fun of that stuff and telling them up front that’s what you’re gonna do, you’re not gonna get to first base. You are gonna have to sneak it in, and you’re gonna have to figure out what your purpose is here.

If your purpose is to have everybody know that you are a conservative doing comedy, it’s gonna be that much harder on you. If all you want to do is be a successful comedian, and you think you’ve got a new way to go, just do it. Don’t announce your marketing plan. Just execute it. Let your work speaks for you. But don’t label it. Now, the danger there is that somebody else will, but you’re gonna run into that no matter what you do. But you can certainly define yourself without labeling yourself. By the way, I’m not against labels. I just know what you’re gonna up against if you do it, that’s all. I’m not advocating cowardice. I’m advocating stealth brilliance.

You’re gonna have to find your way into this world via a back door. You’re gonna have to sneak up on these people, because they’re waiting for you at the front door, and they don’t want you coming in once they find out what you’re gonna do. It’s just the way it is. I hate to use myself, but it works. This radio show. Never once, never once did we ever state, “Here we are, finally, conservatism in the media.” We just did it. And we let it find its audience. We just did it. And it spoke for itself. We didn’t hide it, but we didn’t label it or announce it and we didn’t position it, “Well, the rest of the media’s this, so we’re gonna do that.” We just did it. 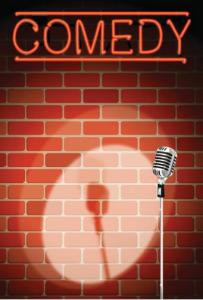 When I worked for the Kansas City Royals, sales and marketing, we had a marketing plan every year. It was designed to separate people from their money. We never told them how we were gonna do it. We just did it. Some of the plans worked, and some of them didn’t. But in this day and age, the liberals own the culture, and they’re very proud of that ownership, and they think they own it, and they don’t want any interlopers. And they’re not prepared to like you, and they don’t think you’re funny if you’re making fun of them.

You start telling jokes about feminists, the feminists are gonna be the first on your case. ‘Cause they don’t think they’re funny. And they’re not funny. They’re mockable, you can make fun of ’em. We do it here every day and they don’t like it. They cannot laugh at themselves. They do not know the definition of self-deprecation. They do not know it. They actually are the most unfunny group that you’ll ever run into. They’re singularly angry all the time. I’ve imagined what it would be like to get up every day being a liberal and knowing I’m never gonna happen happy ’cause there’s never gonna be perfection. There’s never gonna be utopia, and no matter what I get I’m never gonna be satisfied.

I don’t know how they get through the day. They do it by continuing to be enraged all the time, and that’s what they feed off of. They’ll chew you up and spit you out if they think you’re coming at ’em. I’m not telling you not to do it. And, by the way, this advice is worth what it cost you, a phone call, which is nothing, which is free, ’cause we paid for it. Do what you want. But those are just my thoughts.