Did Frieden Step in an Amnesty Trap?

Oh, he’s got a new answer here. Oh, I don’t believe this! We gotta play this one. I just basically scanned this one. This Frieden guy, he’s got to want to be thrown out of office here. You just gotta hear this. I don’t want to characterize it before I actually hear it. I don’t want to tell you what it says then have it not say that and look like I got egg on my face. So here’s the setup.

“The exposure rate of 14 days or 15 days is well within the 21 days of incubation — and in fact, knowing that there are 150 people coming a day from those countries, we have not 100% — 94% in terms of screening at US airports. It seems to me that this is not a failsafe system that’s been put into place.”

FRIEDEN: Right now, we know who’s coming in. If we try to eliminate travel, the possibility that some will travel over land, will come from other places, and we don’t know that they’re coming in, will mean that we won’t be able to do multiple things. We won’t be able to check them for fever when they leave.

RUSH: Okay, that’s one. There’s part two. Just hang on. I know that sounds confusing, but there’s a part two. He said, “Right now, we know who’s coming in. ” Keep that in mind. Don’t forget that. “Right now we know who’s come in. If you try to eliminate travel, the possibility that some will travel over land, come from other places, and we don’t know that they’re coming, will mean we won’t be able to do multiple things.”

Do you know what he just said there?

“If we try to eliminate travel, the possibility that some will travel over land,” like the Hoof Express through the Rio Grande River, “will come from other places, and we don’t know that they’re coming in. It’ll mean that we won’t be able to do multiple things.” In other words, “What’s already happening will continue to happen, and yet some of the people coming might have Ebola.”

We wouldn’t be able to obtain detailed locating information which we do now, including not only name and date of birth, but e-mail addresses, cell phone numbers, address, addresses of friends, so that we could identify and locate them. We wouldn’t be able to provide all of that information as we do now to state and local health departments so that they can monitor them under supervision.

Like the 300,000 children that came in and might have brought enterovirus, and like the 12 million who are already here that we want to grant amnesty. If we don’t control the border… The reason, if we shut down travel into our country… This guy, he has swerved into something, folks, that is totally… Unless I’m missing something — I didn’t see this coming — this guy is acknowledging that we do not have a closed border.

We don’t know and we’ll have no way of knowing! Whoa! Man. Oh, my. Do you know what’s happening at the White House right now? The other alternative is, this guy doesn’t speak without it approved and written. Let’s look at this from the standpoint of the low-information voter, and let’s look at this from what does the Regime really, really want. Well, we know the Regime really wants open borders.

So I think they’re rolling the dice here. Go ahead and say this, and use our already-open borders (which aren’t gonna change) as a reason to keep them open to Ebola patients. I think they’re rolling the dice that there will not be any negative blowback on the Southern border being open and all that. That’s my guess. Otherwise, they’re relying on people remaining ignorant because they’re relying on the media not seeing/hearing what just happened there.

They’re relying on this being relegated to New Media, this take. Otherwise, I can’t explain this. The alternative is this guy’s just really stepped in it, didn’t know it, nobody was able to get there and shut him up, and now they’ve got a problem on their hands. (interruption) Mmm-hmm. (interruption) What do you mean? If he’s still there tomorrow! If he’s still there tomorrow, we know that this was intended. What do you mean, “next week”?

RUSH: Here’s Dave in Westport, Massachusetts. Thank you for waiting, sir. Great to have you on the EIB Network. Hello.

CALLER: Hello, Rush. Thank you for having me.

CALLER: I have a question concerning Ebola protocol.

CALLER: At some point, especially with the open borders, there will be cases of Ebola that didn’t happen from direct contact with a patient or known contact or travel to Ebola countries. At what point will the CDC decide to change the protocol that hospitals are following?

RUSH: Wait a minute. I lost you there. At some point with open borders, there will be cases of Ebola that didn’t happen from direct contact with a patient or no one in contact or travel to Ebola countries. At what point will the CDC — 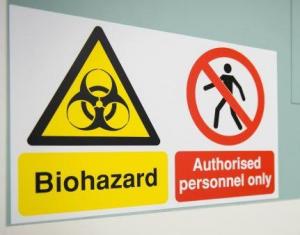 CALLER: In other words, there may be people coming in to emergency rooms with the beginning symptoms, and when asked the current questions, current protocol questions, “Have you traveled to these countries in Africa? Have you had contact with someone who may have contracted Ebola,” you answer all these questions “no” but you may still have Ebola. At some point everybody is going to be exposed.

RUSH: I’m having trouble following. You think everybody’s gonna be exposed, at risk, because hospital protocols are so lax right now, you mean?

CALLER: That’s part of it, but with the admission that the borders are open and that the CDC can’t keep track of people coming in and out, whether or not they have a high temperature or not.

RUSH: If I’m understanding, they are not gonna change the protocols at the borders, if that’s what you’re asking me.

RUSH: They’re not. I don’t know if they will ever be able to prove one way or the other that an Ebola patient came in via the open border. I guess that’s your question, is how are they gonna know where somebody who has Ebola got it if the borders remain open and all that?

RUSH: Well, I don’t know. But one thing I do know, they will do whatever they have to do to tell all of us it has nothing to do with borders being open.

CALLER: Absolutely. Rush, I also have a comment, two comments.

CALLER: One comment is, my son is proudly reading your first book in school during quiet reading time. He’s six.

CALLER: I know. He loves it.

RUSH: Well, thank you, sir, very much. I appreciate that. He’s reading the first one?

RUSH: Does he have the second one?

CALLER: My next comment is when it is determined which aircraft carried the second Ebola nurse, it will have to be renamed the Ebola Gay.

RUSH: Oh, gee. (laughing) Don’t hang up the phone here, David. Oh, my. From Ebolaphobes to the Ebola Gay. That airplane, by the way, flew five additional loads of passengers, not just the first group of 132. (Make sure he doesn’t hang up!) That plane, before they took it out of service, flew five other routes somewhere. The Ebola Gay. You know, it to happen, folks. It had to happen.

It comes out on October 28th, but it went on pre-order last week — and we love it. We’re so excited about this one. I mean, they’re all great. They’re all our babies. But this one is really, really special because of its tie and dedication to the US military in one of the storylines. Rush Revere and the American Revolution. We’ll send you that, too, when we get it.