Mark Cuban’s Advice for the GOP

RUSH: I can’t tell you how many years, since 1992, that I have been hearing: “The Republican Party better get rid of the social issues or it doesn’t have a prayer.” And the theory, here’s what Mark Cuban says. “If you stay out of social issues, then the conversation from that side will only be about economics, and business, and growing business, and ideas. It should be easy! The generation of sex, drugs, and rock and roll didn’t turn out quite like we planned, right? We thought we’d be like, ‘Live free. Stay out of the bedroom. Stay out of everybody’s lives. Let’s just focus on business.’ It turned out to be the exact opposite.” 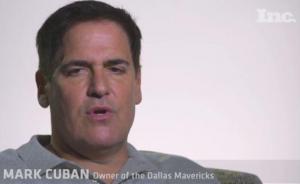 You know, giving away ammunition is not the solution to your political problems. Abandoning 24 million voters is not the route to victory. But it’s amazing how the smart people keep coming up with the same suggestion.

RUSH: Fairfield, Connecticut. This is Farris. I’m glad you called, sir. Great to have you with us. Hello.

CALLER: I’m glad you took my call, Rush. Thank you so much for keeping our eyes on the balls. The problem is there’s so many balls.

CALLER: I use three crystal balls myself and have to decide, you know, between which one has two answers and which one has the single answer. You’re the only one, really, who understands the truthfulness of keeping our eyes on these, what you call social issues. I’d like you to call them moral issues. And without morals, we would never, ever had a republic, and we would never have had a Constitution. And that’s where we’ve lost it. And you’d be surprised how many people —

RUSH: Well, that’s why a lot of people want to do away with the Constitution, so they can precisely get away from all this judgmentalism they don’t like.

CALLER: Yeah, the morality is what’s missing, and that is heard loudly by the people that I talk with, and of course the media tends to make most of us think that we’re alone in this, but actually this is a winning issue for Republicans. The moral issues are the important ones. Those women who control the mind control in this country want you to think that people are head over heels for homosexual and lesbian marriages, but in fact they’re not. And, quite frankly, right now, what you have is a strong push-back, especially in that voting bloc that you refer to so often as the African-American voter. These people understand right from wrong, and there is such an enormous support among my African-American brothers and sisters for traditional marriage. And we’ve been rolled over. And nobody more than here in the state of Connecticut. We’ve been rolled over by this freight train —

RUSH: Oh, no, wait. Now, I understand. The Californians have been rolled over twice. They’ve voted on two different occasions to uphold the morality you’re talking about and a judge told them they had no right. Statewide, they have voted two times and had it thrown out.

CALLER: I understand that, but let me explain why you could be mistaken about that, and you might agree with me that we in, Connecticut, were railroaded in a worse fashion. In other words, when this movement started, the first state that was selected by Mary Bonauto, who is president of the GLAD, the Gay & Lesbian Advocates and Defenders, the first state was selected was the weakest state in the country, which is Massachusetts. And she could see in that Supreme Court, ’cause she knows and she knew that no electorate or no legislature would ever vote for homosexual and lesbian marriages. So she went to that Supreme Court, which is populated by seven people who have a special name in Massachusetts. It’s called the Supreme Judicial Court of the commonwealth of Massachusetts.

RUSH: I have to step in here. I’ve got time constraints that I’ve gotta step in on you here, Farris, but that’s exactly right. The Massachusetts court — he is exactly right about the strategy there. But I don’t want to get into an argument over who’s had the biggest battle. The people of California, Prop 187, that was thrown out. The people of California, Proposition 8, that was thrown out, after they voted for it. And then people that supported it lost their jobs, even after a majority of people voted for it.

RUSH: This is Mike in Winston-Salem, North Carolina. I’m glad you called. Great to have you, sir. Hello.

CALLER: Hey, thank you for taking my call. I’ve been calling you for six years. The reason I was calling today is I believe the Republicans may be missing on an issue or two. In North Carolina I’ve been volunteering all the phones every day, calling people, seeing why people are voting, if they’re gonna vote. The two most important issues for the Republicans are the social issues. The Republicans that I talk to say, “Hey, I don’t like the fact that men are gonna be able to marry men and women are gonna be able to marry women. I don’t like the fact that Kay Hagan supports abortion.” And, you know, it’s really surprising because if you turn on the news, you seem to think the Republicans need to run away from these issues because voters don’t care about them. So, you know, I guess it’s really surprising —

RUSH: Well, let me tell you something, Mike. Here’s the thing about this. I’ve been hearing about this — well, the first time was that Hamptons cocktail party or dinner party. I’ve told you about this. This rich financial industry Republican donor comes up to me on the deck after dinner and pokes me in the chest, “What are you gonna do about the Christians?” I’m still new at all this and I am just meeting these people for the first time, and I’m learning they’re not who I’ve always thought they were. They’re not conservatives. They’re Republican; they’re not conservatives. And this guy’s poking me, “What are you gonna do about the Christians?”

“They’re killing us! This abortion stuff, my wife won’t leave me alone about it! We don’t want to go to convention with these people. They embarrass us!”

And then he lightened up and started laugh, “Hey, man, I’m just kidding you. I’m just teasing you.” But he wasn’t. And the reason this has come up is because Mark Cuban, who owns the Dallas Mavericks, was on CNBC today, and he said, as though he’s the first to ever come up with it (paraphrasing), “I think the Republican Party needs to just jettison these social issues. If you do that, the only thing on the table’s gonna be business and economics and we can win big on that,” or they can win. I don’t think he’s one of these. He said they can win. I don’t know if he’s a Republican or not.

But, anyway, you can count on this business of social issues killing the Republican Party. A lot of Republicans think so. And the social issues, to most people when they use the term, they’re really talking about abortion. But I think even now it’s gay marriage. I’ll tell you what’s happening. Of course, I’ve seen this happen, too. A lot of Millennials, the 18- to 30-year-old age-group, something has happened, and they are almost hundred percent, I mean, if not it’s really close, totally supportive of gay marriage, gay rights, lesbian marriage. I mean, they are, period. I don’t know what’s happened that explains it. I just know they are. I mean it’s big. It’s in their top three things that matters to them.

So now it’s not just abortion, but it’s gay rights, gay marriage, and I think it has to do with love and who are we to say that people shouldn’t, you know, what’s wrong with who you love. We need more love in the world and da-da-da-da-da and equal rights and so forth. And the cultural rot that’s taking place is because of a watering down of the whole notion of right and wrong and morality and so forth, and the Republican Party’s always been seen, that’s what this caller is saying, the Republican Party’s always been seen as the stop, you know, the stopgap, the last best hope, what have you.

I have no idea what the real manifestation of this is gonna be end up being. To me it’s the latest in a long line of people who are suggesting it, but I do know this. If the Republican Party does something in the wrong way, they’re gonna force 24 million people to sit home, not four. And they’re never gonna win a thing. You can black vote, female vote all you want, but they’re never gonna win diddly-squat. I mean, they already lost four million voters in 2012 from 2008, four million who voted for McCain didn’t vote for Romney, up for grabs as to why, bunch of different theories, but if that four million becomes five, 10, 15, 24 million, you can write off whatever else the Democrats do, it isn’t gonna matter. I think that just really irritates, that fact, a lot of moderate or liberal Republicans who wish it weren’t the case.