The Media Will Never Change

RUSH: Here is Rich in White Plains, New York, as we get started on the phones. And I’m glad you waited, sir. Hello.

CALLER: Thank you, Rush. Thanks for taking my call. Rush, there are not enough people in the media putting things into context for the low-information voter. It’s disconcerting and intellectually dishonest when any Democrat politician refers to those extreme right wingers called the Tea Party, and there isn’t a single person in the Drive-By Media who will point out to them that the entire Democrat Party’s been hijacked by the extreme left, that every single Democrat politician is, you know, effectively a left-wing extremist. I guess maybe because the entire Democrat Party is to the left and there’s no context within the party that the Drive-By Media ignores it, you know what I’m saying?

Maybe because there’s, in the Republican Party, the Tea Party puts the RINOs in perspective, you know, puts a contrast on it, but it seems like everybody just overlooks the fact, are you trying to say that Obama, Reid, and Pelosi are moderates?

RUSH: You want the media to tell the truth about the Democrats?

CALLER: You know, Rush, my next point, if you’ll let me make it, and what you said before about what difference is this election gonna make and, you know, something to that effect. I don’t think anything’s gonna happen. I don’t think anything’s gonna change until Republican politicians start to stand up and call out liberal media. As long as they keep running and hiding, saying it’s something we gotta live with, that’s just the way it is, they’re never gonna get anywhere.

RUSH: Well, a lot of people agree with you on this. A lot of people think that we will know win because of the media. And you are saying that on the eve of what may be a catastrophic Democrat Party loss, despite all the money, despite the equivalent gazillions of free money given the Democrats by the media, we’re on the verge of what might be a huge landslide loss for them like 2010 was. Now, theoretically that should not be possible because the media is always supporting them. Yet the media in this case, if this all happens, and I still say “if” cause I don’t know what to think about this stuff anymore. I wait for the results. You can’t even trust the exit polls anymore, folks. It’s getting to the point now there’s so much fraud that’s been discovered.

So I’m a little reluctant to fall in line here on this catastrophic loss. You got Reid and Pelosi, well Pelosi running around saying it’s gonna be a catastrophic loss for the Democrats. Biden says naw, naw, man, we’re gonna keep — The best argument it’s gonna be a landslide, is Biden, to me, claiming that they’re gonna keep the Senate. Plugs has yet to be right. In 40 years Joe Biden has not been right about anything, and that’s not an exaggeration in Washington. He’s wrong every time he opens his mouth, and he’s out there saying, nah, nothing to sweat here, we’re gonna keep the Senate. That’s the best sign I’ve got.

The polls, yeah, we get this close and their own credibility is a concern they have so you think the results they’re showing are gonna be as best to close as they can get ’cause they care about that. But this media argument, I don’t think I’m ever gonna be able to vanquish this. But I’m just gonna say, if any of you are waiting to be happy in politics by virtue of the media stopping their blatant wanton support of the Democrats, you’re gonna be miserable for the rest of your days. It isn’t going to happen. They are the Democrat Party.

RUSH: Greenville, South Carolina, this is Alvin, and welcome to the EIB Network. Hello.

CALLER: Hi, Rush. Thank you so much. What an honor. I’ve been waiting a quarter of a century to talk to you. It’s truly just a privilege. I really appreciate it.

CALLER: I was just telling Mr. Snerdley that what I predict is gonna happen after most likely the Republicans take the Senate is the way it will be spun in the media is not that it’s a mandate for Republicans policies, but it will be… They’ll be asking the question tomorrow on Morning Joe and MSNBC, “How are the Republicans gonna proceed to work with Obama?” rather than the other way around that: “Obviously his policies have failed. He’s unpopular. How is he going to work with them?” 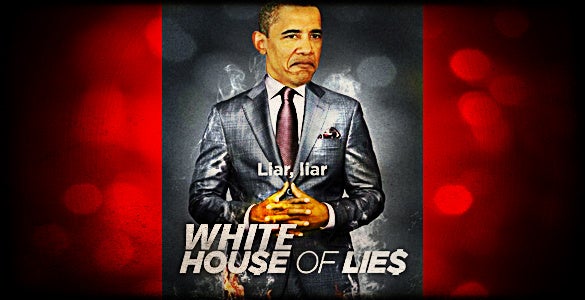 CALLER: Yes. Exactly. I think they’ll be in mourning. I remember back when I first started listening to you in the early nineties, back when Newt Gingrich was running. I remember them. You know, you’d have thought it was the assassination of John F. Kennedy again, their gloomy faces. So I think it will be that tomorrow night if, in fact, Republicans are winning. But then I think they’ll immediately pivot and say, “Well, now it’s up to the Republicans to work with President Obama and do his agenda, not the opposite.

CALLER: George Bush in 2006, he was expected to work with the Democrats.

RUSH: If these were normal times, I think you’d be right, and there may even be some of what you say. But we’re not even gonna get there. This Republican victory isn’t gonna be acknowledged. Let me repeat again what’s gonna happen here. Chuck Todd gave us the indication. If the Republicans win in this huge landslide, it’s not gonna be because people wanted to vote for ’em. It’s because people didn’t want to vote for Democrats.

They wanted a change, but they had to hold their noses.

There was no desire to vote for these Republicans. So, yeah, they may say, “Okay, Republicans, your victory is illegitimate. What are you gonna do to work with Obama?” But that’s poppycock. Obama is who this election is about. Obama being rejected is what this election is all about. It’s about Obama and the Democrat Party being rejected — by, in many cases, their own voters is what this is gonna be about.

But the way this has all been spun up ’til now and will continue to be spun is the Republicans have no mandate, that nobody voted for them. This was a protest vote. The vote had nothing to do with Republicans. So, yeah, I can see them saying, “So, Mitch, what are you gonna do now to work with Obama?” But that happens each and every Republican win. I just think it’s gonna be worse than that.

I also think that there’s gonna be another component of this, and that is both parties are going to proclaim one way or the other the Democrats with their buds in the media, proclaiming that who really lost this election’s the Tea Party. That’s gonna be spun as a big loser. You wait and see. The Tea Party’s gonna be the big loser. The Politico story today tells us this.

The Politico story gives us the heads-up on what the spin tomorrow or Wednesday is gonna be. The Tea Party’s the big loser. That message is gonna be for Ted Cruz and Mike Lee and anybody thinking they want to run for the presidential nomination of the Republican Party in 2016 representing the Tea Party and its agenda. The message is gonna be, “Hey, you guys? You don’t have a chance.

You may even get some stories on how the Republicans and Obama are gonna work together to advance their mutual, agreed-to agenda now that the Tea Party’s been vanquished. I wouldn’t be surprised. Anything can happen here.

RUSH: One more thing. I don’t think the Democrats and the media are gonna waste time asking what Republicans plan on doing to work with Obama. No. I think we’re so far beyond that. Remember, now, we’re dealing with a bunch of statist authoritarians. They’re not interested in working with Obama. They’re not interested in Obama even working with anybody. And that would include Republicans working with Obama. I think what they will do is ask and analyze how Obama plans to ignore Congress. That’ll be the template. That’ll be the narrative.

Our previous caller was right. In the old days, after Republicans win big, they would always ask, “Okay, what are they gonna do now to cooperate and work with the Democrat president?” But that’s long gone. Now the question’s gonna be, “How will Obama ignore them? How will he get around them? How will Obama do what he has to to spite them?” That will be the new spin.