RUSH: I’m Rush Limbaugh, not speaking as quickly as Jonathan Gruber does, but I could if I wanted to, ’cause I’m excited here. I’m very thrilled with the work we do on this program and bringing you truth and helping you to wade through this intricately woven web of deceit and lying and conniving that has been the hallmark of the Obama administration.

In fact, it’s the hallmark of liberalism.

It is, in fact, the hallmark of liberalism: Deceit. It’s the only way they can secure support. That and one false premise after another: The false premises of compassion, caring about the downtrodden, caring about the little guy. All the while, by Gruber’s own admission (paraphrased), “We’re gonna screw the little guy! Oh, yeah, we’re gonna make people think the insurance companies are paying the tax.

“But they’re gonna pay it. We know we wouldn’t get elected if we told ’em that. We have to rely on their economic stupidity, the general stupidity of the American people. We lied, and we realize we’ve made them hate insurance companies so we can blame them,” and they have. The Democrat Party’s Enemies List is pretty much anything that’s a success story in the free enterprise economy.

Let me ask you a quick question here — again, trying to make a point. Why is Big Oil bad? Why do you think there is this instinctive hatred for Big Oil within the Democrat Party, communism, socialism, the American left? If you think that it’s pollution, you are only partially correct. (interruption) Well, it’s highly profitable, but that doesn’t explain it, either.

You see, the reason Big Oil is hated is because Big Oil profits off something everybody needs. To the leftist, oil should be free. You need it! You need it to get around. You need it to stay alive. You need it to cook food. They are profoundly offended that anybody makes money in oil, and I’m gonna reissue a warning to you, because the telltale signs are there.

“Why should that person be richer than anybody else in our society, on average? Why should doctors get paid to make people well? Why should oil companies make all this money providing something that people need? It’s not fair! It’s not right!” Liberals — and the more you spend time around ’em, the more you realize this. (chuckles) They really do think everything should be “fair.” 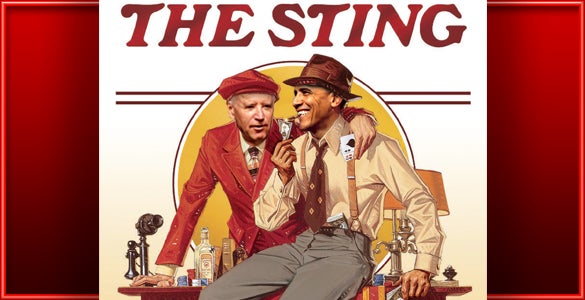 The reason they’re all caught up in net neutrality is that they think the big Internet providers, the big cable companies are gonna get nailed. They are relying on the government to go in there and punish AT&T and Verizon and Comcast and the cable companies and the phone companies, ’cause they hate ’em. It ought to be free, or at least it ought to be quote/unquote affordable.

And then when we go to war for it, “Why, why, that’s — that’s blood for oil! That’s blood for profits, like for Cheney, and like Halliburton,” and they get irrational in their hatred for it. And it truly is irrational. So that’s why Big Oil is bad. But at the same time, have you noticed it’s okay with the same people when the government forces price increases on insurance companies?

I mean, here’s Gruber out there, and he’s bragging about all these taxes that they’re levying on the insurance companies which are driving prices up, and the same people bitching and moaning about the price of oil celebrate increased costs on insurance and insurance companies. Now, here’s the difference. and this is what I find fascinating. The free enterprise economy is responsible for the cost of oil.

Now, I know that there are many conspiracy theorists, some even at Fox News who believe that there is some guy behind a curtain who decides what the price of gasoline’s gonna be and gets away with manipulating it and changing it. There are people at Fox who have been trying to find that guy, and it’s not just at Fox.

The oil price is coming down.

They take a look at the free market economy and they flinch and they get their faces all scrunched up with hatred and disgust. And then when the government comes in and takes over something and the price skyrockets, they applaud it. They think it’s wonderful. So when government results in increased prices, for some reason we celebrate that. At the same time, the left will use temporary market fluctuations as an excuse to seize control over energy companies.

When the government comes in and does something, it’s guaranteed what’s gonna happen: The price is gonna skyrocket. They never complain. Oh, they might complain about high prices, but they will never, ever have the vitriol for the incompetence and the genuine conspiracies that exist at government to confound the manipulations or the variations of the free market.

You see, markets are self-correcting. Markets respond to laws of supply and demand and the will of the people. If we’ve learned anything during the Obama presidency, he doesn’t give a damn about the will of anyone, and therefore it doesn’t matter — and of course, Obama is not self-correcting, because he doesn’t have the humility to ever understand when he’s done something wrong.

Obama’s not interested in the consent of the governed or working with anybody because he knows in an honest contest he would never have been granted the consent of the governed. Obama and Gruber know that had they been honest from day one about what their intentions were and how they intended to go about them, they would never have won the election in 2008. So why should they ever have anything but disdain for the American people. He’s got his agenda and it doesn’t matter, Constitution, free markets, will of the people be damned.

And when whatever he does causes the price of things to skyrocket and causes scarcity, leftists who genuinely generally hate those kind of things end up applauding, because, in their perverted eyes, government can never do anything wrong. You know why? Because at least government’s intentions are honorable. But in a free market, Big Oil, they don’t care about anybody. They want to screw everybody. All they care about is profit. But Pelosi and Reid, why, they’re trying to help people, at least they’re trying to help people.

Yeah, well, how did it work out for ’em? Well, doesn’t matter how it worked out. You’re not supposed to look at that. You’re supposed to examine their good intentions. So we’ve bred and raised how many generations of literal blithering idiots who are 180 degrees out of phase wrong about many things that matter.