RUSH: We go to upstate New York and say hi to Rebecca. I’m glad you waited, really appreciate that, and great to have you. Hi.

CALLER: Hi. I just wanted to make a point on the whole racial issue and stuff like that.

CALLER: I was watching a movie the other day. Have you seen The Giver?

RUSH: Wait a minute. Are you saying Gipper with a P?

RUSH: Well, that is true, but that won’t carry any weight with anybody. I know you didn’t mean it this way, but some people could interpret that as saying it’s pointless to even try since it’s impossible to achieve, and then that would just fuel the grievance industry even more. What you say is totally correct. It’s impossible to make everybody the same. But that’s what liberalism strives to do. Equality of outcome. And the only way you can even get close to that is by making people as poor as you can or as miserable.

You cannot give enough money away to make everybody rich, but you can give just enough away to a lot of people to make them poor or miserable. And in liberalism, equality is what counts. But they want credit for their good intentions, you see. This is the dirty little secret that few people really glom onto. Every liberal program, from Lyndon Johnson forward, has been an abject failure in terms of achieving its desired end result. 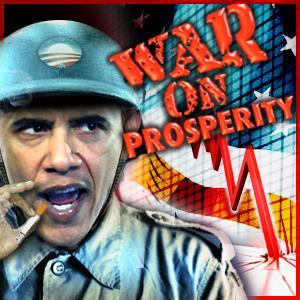 The War on Poverty didn’t wipe out poverty. It’s still going on, in fact, never gonna be able to claim victory. The Great Society, which was designed to end racial strife and poverty, the Civil Rights Act, all these things have been abject failures. And when you point this out to people who are behind it, they say, “At least we tried.” And they want credit for their good intentions, for caring and all of that.

The truth of what you say is indisputable. But the problem has arisen from the fact that now we punish the people who excel beyond the average. We punish people who seem to be immune from circumstances that harm others. And so there is now a stigma attached to success. There is a stigma attached to achievement, and we’re doing everything we can to denigrate those who have accomplished and achieved things by mischaracterizing it and by delegitimizing it, by suggesting it’s not real, it happened on the backs of others.

For example, the rich are not rich. They’re thieves. The rich got rich by stealing everybody’s money. The rich got rich by stealing it from the poor. The math on that doesn’t work out, but that’s what they say. And then the rich are really doubly mean ’cause they don’t share it then. After they steal it they don’t give any of it back, and that’s the definition of trickle-down doesn’t work. The point of all this is to roil the society. The point is to constantly get everybody, as many people as possible in the whole mix of victimology and promote disunity.

And you say, why would anybody want to do that? Because there is political power to be derived from convincing all those victims that you’re gonna fix it for ’em. You never do fix it. You always blame the opposing political party for the problem, and you convince the victims that you are doing everything you can to punish the people making your misery real, for being responsible for your being miserable. (interruption) I don’t know. Snerdley just said, do you think people are more miserable now than they ever have been. I really don’t know. It’s hard to say, because we live in an era when there is more media than there’s ever been and there are more people telling us how they felt than ever before.

It could well be that there is as much misery then as there is now, just there wasn’t an outlet for everybody to know it. I think what’s different now is publicly expressing your misery is a way to get sympathy. Publicly expressing your misery, publicly becoming a victim, it used to be a stigma to be a victim. I was just talking about that in the last hour. It used to be you’d hear people say all the time, “I’m not gonna play the victim.” Now it’s valorous to be a victim. If you are a victim, that makes you a real American. Real American, yeah, because you are being victimized. You are being punished by this mythical, powerful bunch of people that are using you, chewing you up, and spitting you out.

Now, it’s interesting, this question of are people more miserable now than they’ve ever been. That’s really impossible to tell, but there’s one thing I think is true: The less time you spend interacting with people, sharing feelings, the happier you’re gonna be. The more time you spend with people miserable and unhappy, whining and complaining, the greater the odds you’re gonna become one of them. It’s impossible to be around all that and not be affected by it. The happiest people, I’m convinced, are people who somehow are able to just compartmentalize all that away, or not even access it, not even go there.

It’s hard not to with as prevalent as media is today. But I think the general sense that you get, I mean, I don’t know if it’s like this for you, but wherever I go there seems to be a malaise. I think back 20, 30 years ago, and there seemed to be — I don’t want to fall into a trap saying this, I be could be dead wrong — perceptions sometimes are not correct, but the perception 20, 30 years ago there was a much greater happiness and acceptance overall of just day-to-day life. Today we’re pummeled. I mean, the news is nothing but horrible, damning things that are happening to people all over the world. And of course it’s not that things are happening; it’s things people are doing to other people.

But that’s not new, either. People have always been mean. People have always been unfair to others. It’s tough to say. You know, comparing one generation to the next or one era to the next. But, man, that’s why I think it’s wise — you know, every generation thinks it’s living in the last days, and every generation has people in it that think that things have never been worse. But even in our politics, it could be accurately stated that we have been far more divided in the past at times in our country than we are today. The Civil War would be a great example of that and the period of time leading up to it. The founding itself was not this magical thing that everybody supported.

So it requires, I think, a mature temperance if you’re gonna start to make comparisons along those lines because people do it in order to try to predict the future, ’cause everyone wants to know, is it getting better? Is it getting worse? The thing I think we can conclude is that in terms of our leadership there isn’t any uplifting or inspiring going on. The president clearly isn’t and there isn’t at the highest levels of our government, highest reaches of our political power. You’d have to think long and hard to come up with a truly inspiring person.

Everybody seems enmeshed and swallowed up by all the pessimism, and it does take effort to avoid it. It’s easy to fall into that pit. That’s why there have been people that made millions of dollars writing books on how to think positively. And it’s why you won’t be able to find a book in the library called “How to Fail,” because we all already know how to do that, having done it numerous times. But how to succeed, whoa. Come up with a way that people think it can work for them, and you’ll make a million dollars on the book. Well, $400,000, after taxes.

RUSH: Okay. Here’s an example of what I’m talking about. By the way, let me admit something to you. You know, I prepare this show every day. I spend more time than you would believe in show prep immersing myself in what could only be described as the misery in our country. I mean, to prepare yourself every day to talk about the latest in politics, the latest in culture, and sometimes even the latest in sports is to immerse yourself in story after story after story of malcontent, discontent, distraction, unhappiness. 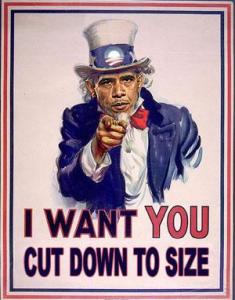 There doesn’t seem to be a lot of joy in a whole lot of places. Right in today’s Stack of Stuff, I have three different stories, and they’re all about the same thing. Let me read to you just the headlines. The first one is from The Atlantic. “The Incredible Shrinking Incomes of Young Americans.” You know what this story’s about? This story is about Millennials, and this story tells Millennials why and how they will never even get into the middle class, much less beyond.

There’s a name that you will not find in this story, and that’s Obama. The economic circumstances that are going to deny Millennials entry to the middle class and beyond does not feature the name Barack Obama. The next story is from Slate.com: “Why Poor People Stay Poor.” The subhead: “Saving Money Costs Money. Period.” Now, the point of this story is that when you have expenses that are caused by not having enough money, that’s expensive.

The New York Times writes a very descriptive story on the plight of a little family as they deal with job losses and a string of events that keep them from getting even one step ahead. These people are living without a safety net. They’re portrayed as walking the financial tight rope every day. They live one meager paycheck to paycheck — and, of course, in this story as well, nowhere is the name Barack Obama.

They’re gonna look around and they’re gonna find out, “Well, who’s rich? Who’s got a lot? Who is doing well?” and those people will get the blame. That’s how it works. The achievers and the successful become stigmatized as uncaring and selfish, and then they become targets from whom we need to take even more. Because if it weren’t for their greed, if they weren’t desirous of earning so much money, there’d be more to spread around to everybody else.

That’s what these stories imply, or at least the reader will infer. You add to this whatever type of poison they’re being taught… I tell you, this story about Rolling Stone and the phantom rape? There’s a woman that wrote a story. I can’t remember where. She’s so off the rails, she is so consumed with rage, she’s making the point that we have a duty to, as a default, accept every accuser’s word on rape or sexual abuse, because we women are truly hated in this country.

This is a writer at a major American publication, and I’m sure she really believes it. I see stuff like this and ask, “Who told her this?” She didn’t leave the womb thinking this stuff. Her parents might have believed it. But more than likely, I think the poison that people are being fed at American universities explains a lot of this tripe. That’s what you find in the professors. That’s where you find really rage and anger, and they’ve got tenure and nobody can shut them up.