This Country Needs a Dose of Reality

RUSH: I looked up this movie, The Giver, that our caller was talking about — I never heard of it — here is what I found about The Giver. It is based on a book by Lois Lowry, and it tells the story of a perfect world where everyone is happy. It is set in the near future following a great war called The Ruin. “A community in North America has lived in tranquility without the existence of emotions or color, as these would produce conflicts. The citizens have also had their memories wiped.” 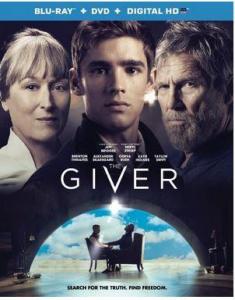 The hero of the movie is an 18-year-old who gets chosen to be the community’s receiver of memories. He enters into training with an old man called The Giver, hence the title of the movie. And from The Giver, this 18-year-old named Jonas learns all about pain and sadness and war and all the unhappy truths of the real world. And 18-year-old Jonas quickly realizes that his community is fake; that a utopia is fake; that it isn’t possible. This was the point of our caller who called our attention to the movie.

And of course none of that is possible. And the problem, see, if you realize that, you are a quintessential realist, and as a realist, you are going to be tagged as insensitive and mean-spirited and extreme. And I’m gonna tell you, folks, what this country needs right now is a dose of realism. This country needs a dose of reality, because there’s too much living on the come. There are too many false promises and false premises that are being advanced out there. And this country’s being blamed for not being perfect.

If there’s one thing, and it’s hard to pick one thing, but if there were one thing you could say that’s universally true about liberals — and Obama qualifies here — they all believe in the perfection of man. And therefore they all believe in the imperfection, and they hate it, and they don’t like it, and they think that it’s bad and wrong. So this never-ending quest for perfection, which is why they’re never happy, which is why no matter what they get, it’s never enough, which is why no matter how many cultural or political victories they get, it’s never enough.

And they utilize their political power to try to redress all these grievances and get even with people, and it becomes nothing more than a hate-driven ideology. That is what we’re up against each and every day. The reality that life isn’t perfect, that people aren’t perfect and there is never gonna be any more war and there never is gonna be any more racism, the realist who acknowledges this, lives his life accordingly, is blamed as being one of the reasons why all of this imperfection exists, and it just feeds off of itself.

Anyway, I had to tell you about that because I didn’t know what the movie was. I first thought she was asking me if I’d seen The Gipper, and I don’t think that movie was even called The Gipper, the movie Reagan was in. I don’t remember for sure. Wasn’t that Bozo or something? No, that’s a different Reagan movie. (interruption) Yeah, about Knute Rockne. But George Gipp, “Win one for the Gipper.” It doesn’t matter and don’t spend any time looking up the title of the movie. Doesn’t matter. It’s a distraction.

RUSH: White comedian Paul Shanklin, a member of our independent contractor staff here at the EIB Network said, “Hey, I saw the movie The Giver,” and he said “it’s a great movie. The best lesson from the movie is watching how vicious the utopian Regime gets when challenged with reality.” Amen, bro. I mean, you would think this is a conservative movie until you see who stars in it, Meryl Streep and Jeff Bridges. That’s who’s in it. But he said the utopian regime just gets vicious when they are confronted with the fact that they have constructed a fake community.