RUSH: Here’s Bob in Nashua, New Hampshire, as we head back to the phones. Great to have you with us, sir. Hello.

CALLER: Yeah, thanks, Rush. Yeah, this theme of the GOP establishment that the Tea Party and conservatives are the main enemy not the Dems, it’s nothing new. It goes back, really, to the 2008 presidential election when the Republican establishment — or at least many in the establishment — sabotaged McCain-Palin. Because, to them, Palin was the bigger threat, the bigger enemy than the Democrats winning. You know, the funny thing is now more than six years later, in my opinion Palin remains — of course it’s unsaid — the bigger threat, the bigger enemy than the Dems.

I say Palin in particular, because she remains probably the most influential single Tea Party conservative political figure. Yet her name is never mentioned by Fox News and the faux conservatives. But the bottom line: She and the conservatives are the bigger enemy to this GOP establishment, not the Democrats. That’s what Jeb Bush, Romney, and Christie establishments are all about: Stop the Palin conservatives. After all, you know, looking back, Romney’s strategy in 2012 to get the nomination was to divvy up the conservative contenders among third stringers like Michele Bachmann and Herb (sic) Caine really, I think, to stop Palin and give Romney the plurality.

RUSH: Well, you think it’s still oriented around and focused on Palin?

CALLER: I do, because think about it. The reason I say she’s more influential and popular than anybody else is because she’s probably the only Republican figure or politician that if she publicly said, “I’m not gonna support the Republicans,” it would sabotage them. The Republicans would have no chance. I mean, after all, they kept her out of 2012. They kept her out of the conventions because Romney had to keep her out and get these third-stringer conservatives in there to lose so we’d go to plurality. They kept her out. But she didn’t say anything to stop it. Now, if she goes record now — and she will, if they go with a Jeb Bush type or Romney type. She’ll go past them.

RUSH: Well, I tell you what. I am hearing from people who heretofore have sworn off third-party. “No way, Rush. That’s a sucker’s bet. I wouldn’t do it. That’s guaranteed Democrat victory for as long as we all live.” I’m having these people who have told me this say if there was a viable third party, they would be there right now after this budget deal. They would be there. I mean, that is the degree to which…

I don’t know what you call it. Frustration. Anger. But you talk about squandering an election landslide victory? It has been squandered. This whole budget deal totally squanders an election victory before the Republicans are even sworn in as the majority in both the House and the Senate, and the only thing that explains this is an objective that is never publicly stated. I mean, you’ll never have any Republican establishment type or consultant or potential presidential candidate admit this. They will never say, they’ll never admit that the Tea Party is the enemy.

They will never admit they’re trying to wipe out conservative women. They’ll do just the opposite. But you have to look at the actions here. But I’ll tell you, this Ted Cruz vote was very, very, very instructive. All it was, was a point of order. It had nothing behind it. It was just Ted Cruz doing what he was elected to do. The reactions he’s getting? “He’s just fundraising! He’s just grandstanding! He’s just trying to use the Senate to further his own political aspirations. He doesn’t really mean it. We’re not gonna get sucked in, and we’re not gonna be used by Ted Cruz!”

So for whatever the reason, 22 Republican senators voted with Cruz on this little point of order that Obama’s amnesty is illegal constitutionally. If you can’t even go on record meaningless point of order, then it stands to reason that when it comes time for the gloves to come off, you’re not gonna do anything. That is absolutely true, too. But I don’t know how else you categorize this budget vote as anything other than a total abdication of the mandate that they won, and they appeared to do it enjoyably. They appeared to happily do this, I might add.

RUSH: Joyce in Cartersville, Georgia, great to have you on the EIB Network. Hello. 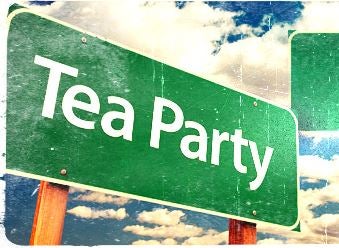 RUSH: Well, now people are just tuning in, and you don’t want to give them the wrong idea. I said on three things — amnesty, Obamacare, and the budget, you can’t… (interruption) What was that, H.R.?” (interruption) Yeah. On the budget/size of government, I can’t find any difference in them. They agree on amnesty, they agree on extending Obamacare, and they don’t want to shrink government.

CALLER: I think there’s no difference in them screwing the American people. I mean, they’re exactly the same thing, and the last election we had proved that, that we have the votes to beat Democrat politicians or whatever.

CALLER: — as a person who lives in their budget and has to go grocery shopping and continues to pay more and more.

CALLER: I think that if there is a conservative candidate that we cannot get on a Republican ticket, a third party may provide us with the conservative leader that we all want and have been hoping for in this party. I no longer call myself a Republican because they don’t represent me and haven’t for a long time, and I think that from what you said today, it’s obvious how you’re feeling now about the Republican Party. People like you, with your influence — and I’ve called before and you said you could be, you know, my conservative mouthpiece. I said on the last phone call to you that, with people like you — conservative powerhouses — backing a conservative candidate, I think that the American people would vote for them. I think the Republicans and the Democrats would lose. Because, personally, I’m sick of ’em, and I think everybody else is, too.

RUSH: Well, they are. It’s just, elections are not quite that simple. There’s a really important thing called money that trumps ideas and ideology practically every time.

RUSH: I guarantee you if what you say happened, the Democrats would join with the Republicans to trounce whatever third party candidate ran. I’m not shooting you down here. Don’t misunderstand. I’m just telling you what would happen. The thing is, I still think taking over the Republican Party is better. I think the Tea Party has more votes than the standard Republicans, but I could be wrong about that.

There are plenty of what I call mainstream Republican voters who favor amnesty. Many Republican voters, they don’t want to hear a word about social issues, and they really don’t care about government getting smaller. I mean, the Republican Party is not all conservative voters. Question is: Does the Tea Party — and I use that to mean conservatives. Do we outnumber other Republicans in the party? The third-party route is a really, really, really tough row to hoe, but I understand your thoughts on this.

You’re squandering, squandering a landslide victory before you’re even sworn in. Anyway, I’m not turning you away disappointed, Joyce. It’s just not as heroically simple as all that, and you can’t find any recent example of third-party success. So it would be something done for the long term. If you do it, you’ve gotta commit to it, and it’s gonna be the long term, ’cause you’re not gonna win for a while. You’re just not gonna have the money, the forces and all that. It would take time. But I appreciate the call. Thanks very much.