Why Didn’t the Media-Proclaimed Experts Predict the Oil Price Plunge?

RUSH: This is a good point here. A story by Alex Pollock at Real Clear Markets: “Why Did No One Predict the Oil-Price Collapse?” This interests me. “We have just had a free fall in one of the most important prices in the world-the price of oil. Looking back, we are keenly aware that it dropped about 60% from its 2014 high to its recent low. Although some people thought the price of oil would go down, nobody (at least nobody that I can find) publicly predicted anything like this big a drop. Why? Oil prices went from $108 a barrel in June of last year to an intraday low on January 13, 2015 of $44.”

Some people now say it could go all the way down to 25. “Among those failing to predict this drop were the government’s Financial Stability Oversight Council and its Office of Financial Research. Although they were searching for systemic risk factors, they didn’t find this one. Why not? Perhaps they were too busy trying to expand their power over insurance companies to think of it. As for the Federal Reserve, their current adverse case ‘stress test’ has oil prices going up to $110,” so they missed this totally at the Federal Reserve.

“The Wall Street Journal’s 2014 economic forecasting survey found that ‘The economists surveyed expected oil to end 2014 at about $95 a barrel, up from about $92 at the time of the survey.’ A big miss to be sure, but they were not alone. The US Energy Information Administration’s 2014 outlook gave itself a very wide margin for error, projecting oil prices between $159 on the high to $70 on the low. Obviously that range wasn’t wide enough, with the actual low so far about 35% under their lowest case. The IMF World Economic Outlook of October, 2014 forecast that the ‘average price of oil will be $102 a barrel in 2014 and $99 a barrel in 2015.’

“As Wells Fargo analysts said in December, ‘Markets anticipated a slight decline in oil prices, but few (if any) expected the rapid 50% decline.’ Or as the investors on last week’s Barron’s Roundtable reflected, ‘None of us predicted the oil price plunge.’ Or as one financial journalist wrote with candor, ‘My recounting hasn’t yet made mention of the recent dive in oil prices.'” 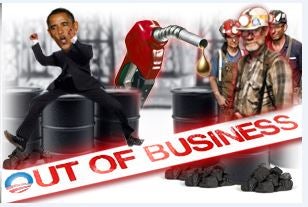 Nobody predicted this. Nobody got anywhere near close to this. Especially people whose lives are devoted to the price of oil, whose careers are intertwined with it. The people whose business it is to track the price of oil hadn’t the slightest idea this was coming. Oil has dropped 60% in less than a year. No one predicted it. Not one expert. Now, what is the take-away from this?

Well, I mean, it could be a bunch of them, the usual ones, make fun of experts and count ’em out every time an expert makes a prediction. We made fun of ’em for years. And this is just more evidence that making fun of ’em is justified.

They’ve set themselves up as experts. Just like Dr. Kissinger is a consultant on world affairs and foreign policy. He’s got clients, minimum is a million dollars a year to get Henry Kissinger’s advice on what’s gonna happen wherever you want to know what it is anywhere in the world. I’m sure the oil business got the same kind of people. Nobody got it. Nobody called it.

In the open of the program today I posited that one of the things that people missed in the plunging price of oil was shrinking demand. And why’d they miss that? Do not discount the fact that there are a bunch of idiots everywhere and they’ll believe whatever a government agency says about something. And if a government agency, backed up by the media, says the economy is roaring when it isn’t, and if that’s something they want to hear, then they will immediately discount anything that tells them the demand for oil — i.e., gasoline — is down, because the economy isn’t good.

But more than that, what caused the plummeting price in oil? If these people who are in the business didn’t know it was coming, much less couldn’t predict it, then how do you explain it? Is it the overwhelming, complex, inexplicably power of markets that simply cannot be pigeonholed and tracked and forecast because they’re simply way too complex. You can’t control them. You can’t analyze them. Or is it because — and this is where people fall into a trap, I think — is it because somebody, a very powerful entity or series of them, decided to get involved and artificially start running the price down while nobody saw this was happening, and if that’s the explanation, then how did they get away with it for so long?

Remember, it took a year for this to happen. How did these people on the sly — I mean, the popular answer to this is the Saudis. “Yeah, the Saudis did it, man, you should know that, Rush. The Saudis did it. I’ve even heard you explain it, Rush, the Saudis are trying to wipe out fracking. They’re lowering the price, they’re biting the bullet on it themselves ’til they lower the fracking price and put the US out of business, because the US reserves are now larger than Saudi Arabia. But they’ve gotta be about 70 bucks a barrel before we can go get it at a profit.”

Well, okay, if that’s your answer, if the Saudis did it, our friends, the Saudis, how did they do it in the dark behind closed doors, behind the curtain, how did they do it unseen for a year? And if they were doing it and everybody knew they were doing it, why didn’t people guess where it was gonna end up? And why weren’t people able to predict the plunge, the next plunge as each one occurred? I mean, it was at 102, then it was at 90, then 85, and then 80, it kept going down. Nobody at any point had any idea where it was gonna end up.

If the Saudis are behind it, and they want to destroy fracking, say, “Okay, it’s gonna stop at around 60,” wherever they need it to stop just below the number that the US needs to make it profitable to get it, that’s where it’ll stop. Oh, wait a minute. There’s another interesting thing. Yes siree. The ChiCom economy, which we’re told is just growing to beat the band. Yes, we’re told that because the media and leftists love to extol communist economies, and we are supposed to believe that the ChiComs, a full-fledged economy, dripped and steeped in communism is becoming bigger than ours. They’re outrunning us, and they’re making mincemeat of us, just like the Cuban health care system makes mincemeat of our health care system, right?

Well, the problem is the ChiCom economy is not growing. The ChiCom economy is slowing down, and the demand that had everybody worried just a year ago that we were gonna run out of oil because all these developing nations were starting to develop: India, the ChiComs, remember all this, if you can? All this paranoid talk that we had to go electric, we had to go hybrid, we had to downsize, we gotta go solar, we gotta go wind, because the ChiComs have now discovered a car that’s now affordable to most of their population. And India’s discovered a car, and it’s affordable.

We can’t compete. And our enemies, our friends the Iranians are gonna flood the Chinese market with oil and deny us. Remember all of these panic stories? Every one of them wrong. Every one of them. Every aspect of this has been wrong. It’s so wrong it can’t be a conspiracy because if it is, whoever’s in charge of this is the biggest idiot that’s ever run a conspiracy. The Russian economy is tanking. Well, of course the Russians are. That’s about it. You know, the Russians, Vladimir Putin with no T-shirt on sweatshirts as licensed merchandise is about all their economy has. Well, plus the natural gas lines they’re running through these nations.

But I’m just stunned. All of these experts and nobody called it. The lesson is the media is filled with experts everywhere telling you about anything, predicting the future, and nobody knows it. The lesson is don’t think yourself silly. Do not think yourself stupid. Do not think all these other people out there are smarter than you are, because they aren’t. The only difference is they have access to cameras and microphones and know how to make themselves look like they’re smart, and you may not. But that doesn’t mean they’re smarter than you are.

If somebody knew that the oil price was gonna plunge this much, do you realize what kind of money there was to be made on this on the short side of it in any number of ways? We haven’t heard that that happened. Maybe somebody has made out big time, but I don’t know. Anything that exposes the establishment and these self-proclaimed or media-proclaimed experts as frauds interests me. And that’s what this is. (interruption) Well, yeah, I mean, the fall of the oil price domestically, great for consumers, but it’s bad — all economic news is good and bad at the same time.

The plunging oil price is great for those of us at the pump, but the people who live and breathe the business in this country, the price plummeting so low is not helpful to them. It’s always a dual-edged sword. But the ramifications of it are what they are. The effects of a plunging oil price are what they are. What fascinates me is — and I’m sorry to be redundant — is that nobody, nobody, I mean, not a single, not Rex Tillerson at Exxon.