A Fitting Farewell to Kit Carson 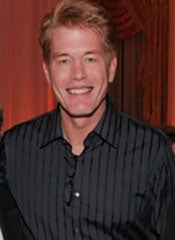 RUSH: On Saturday all of the staff here and about 330, 320 other people gathered at the Our Lady of Sorrows Catholic Church for the funeral and memorial for our late chief of staff, Kit Carson, H.R.

Last week, folks, I have to tell you. I mean, I was here, we were all here, but so much of it went by in a fog. We went through the motions. All of us here tried to focus on the show, on the task, which is what Kit did, but there was a little numbness to it. And there’s now, as they say, a sense of closure.

I just want to take a moment again to thank so many people who’ve reached out in the best ways they have in getting hold of us here, getting hold of me. E-mail, telephone messages expressing condolences and sharing with us their own stories. I’m going to try answer each one of them personally. I don’t know how long it’s going to take so I wanted to make sure to express the sincere appreciation we all feel for that here today.

We sent him out great on Saturday. We had just an absolutely fabulous reception and party, complete with a martini bar, which was his favorite adult beverage, that and gin and tonic. It could have been somber and remorse, but it wasn’t. It ended up being just a great party.

And then on Sunday I got up and I read that Mrs. Mara had passed away, the matriarch of the New York Giants. I had been fortunate to get to know her pretty well, and she was something. I’ll never forget one night at dinner, the Giants were in Pittsburgh to play the Steelers, and her son Chris, his wife Kathleen, we all gathered together at the Duquesne Club — I think that’s the name of it — for dinner the night before the game. She just owned the night. She was regaling us with all the stories about the original NFL. Some of the things that had happened, it was just uproariously funny.

Her husband, Wellington Mara, had reached out to me early on after I’d gotten to New York as a result of a view on abortion that we held in common, pro-life. It was really a sad thing to see that she had passed away. So it’s been a real challenging past week, week and a half. With Kit it’s been a challenging two years or four years, actually, knowing how sick he was, but I just wanted to, again, give you the latest update and to express our condolences and thanks to virtually everybody who has reached out to us. It has helped. It made us feel much better than we did, and as I say, I try to respond to as many of them personally as I can. Some of them are quite touching. And that’s that. I mean, life goes on.