RUSH: It’s great to have you here, Barry.

CALLER: I’ve been telling this story to so many congressmen, the NRA, with no success anywhere. I’m 72 years old. Twelve years ago my son and I bought a large retail store in north central Pennsylvania. We carried everything: boots, clothing, had a huge gun department, looked like a mini-Cabela’s, archery, everything, full line plumbing, hardware supply store. In 2003 to 2008 we grew the business to five and a half million. In 2008, Obama’s first year, things were still going good so we continued to buy inventory, and in 2009 everything fell apart. From 2009 to 2013 we couldn’t buy a box of ammunition, not one box. In the big picture, we’re a small retailer.

CALLER: No, no. We still couldn’t. And we got to the point where we couldn’t maintain the inventory in our other departments when we couldn’t sell guns. We were a destination store. People would drive for two hours to get to our place. They’d say, “I can’t believe the service here. You’ve got everything.” It was wonderful, and then people would call when they began to have trouble getting ammunition, and they would say, “Have you got any ammo?”

We had to tell them the truth. You can’t have them drive two hours and not have ammo. So we told them no ammo, so they didn’t come. They didn’t buy boots. They didn’t guns. They didn’t buy clothing. Our sales dropped to two and a half million. Last year they’re down to a million and a half. We had to have a fire sale to get rid of our guns. We did that. I’ve been relatively successful in business, and the money I put into the store I had to put in about half of my net worth to keep the place going, and it’s been a disaster. I’ve called the NRA, I called everybody, and they would tell us, “Oh, it’s just a normal supply and demand.” It’s not supply and demand.

RUSH: The NRA told you that?

CALLER: Yes, the NRA lawyer told me that.

RUSH: They knew what was going on. You couldn’t find ammo because the government was buying most of it.

CALLER: That’s absolutely what I believe, and I’m living proof.

RUSH: That’s not even a mystery. It started out as a rumor, and remember, people that started saying government’s hoarding ammo and so forth, I remember the news stories, and they were called names, their integrity was impugned, they were called conspiracy kooks and freaks. And here we are, the government is banning the ammo now.

CALLER: It drove the price of ammo through the roof. Then people began to hoard.

CALLER: The people that could get ammo — and you could go to Walmart, who’s the largest distributor of ammunition, you could go to Cabela’s, they would occasionally get a truckload.

CALLER: ‘Cause I think they were afraid to shut off everything completely. 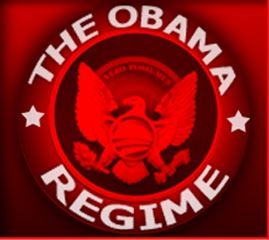 RUSH: Who, the Regime?

RUSH: Yeah, afraid to shut off everything.

CALLER: I lost half of my net worth.

RUSH: So is this why you’re in Palm Coast today, and not north central Pennsylvania?

RUSH: So you know it’s real?

RUSH: Well, there you go. This is exactly how it works. Fear of the agents coming in and shutting you down. So you don’t make any waves. You don’t complain about it. You don’t want anybody complaining for you. You don’t want to be on the radar.

CALLER: We were robbed, oh, I don’t know what year it was, 2005, handguns. They broke in, smashed the counters, stole all our handguns. The ATF came in to do the inspection. They were there for about three days. We had every gun recorded properly. They couldn’t find one violation. We were just a small business trying to succeed and we went from 25 employees down to four. We now run a hardware store barely making things meet.

On top of that, Rush, we’re in the middle of the Marcellus Shale development. It would start and then it would stop. Shale would come in, they’d start drilling, then they’d stop drilling. Supposedly they’re coming in again this spring in a big way, but that’s because we have no national energy program. Instead of investing in liquid nitrogen distribution system, we invested in the Solyndras of this world.

RUSH: Oh, God. Does the shale drilling help you?

CALLER: It should. It should bring a lot of people to town.

CALLER: If it’s consistent and if it starts big time of course —

RUSH: Well, you know, the Regime doesn’t like shale drilling.

CALLER: — country around is energy.

RUSH: Yeah, and the Regime’s doing its best to suppress that.

CALLER: Yeah. We’re right on the border of New York. There are only two states in the United States that don’t allow drilling, and that’s Vermont and Mr. Cuomo in New York.

CALLER: And there are poor people in upstate New York. Upstate New York should secede from the rest of New York because upstate New York is as poor as it gets. There are farmers up there who’ve got land that are probably sitting on millions of dollars’ worth of natural gas.

RUSH: You don’t want to use the word secede. The agents are gonna show back up at your hardware store.

CALLER: Oh. Well, that’s true. We don’t have much left to shut down. In a poor town we used to employ 25 people. As I said, we’re down to four.

RUSH: Incredible. Thank you Obama, right? I mean, that’s policy that has been implemented that’s causing this. That’s the shame of this. This is the result of policy implementation. Anyway, Barry, I’m sorry. I really am. I feel for you.