RUSH: I checked the e-mail during the break and there were some people surprised I didn’t mention the Bowe Bergdahl thing. Well, we did yesterday and frankly — I probably shouldn’t say this — the whole thing bores me. Because it’s all predictable. Every bit of it was predictable and we did predict it back during the first early stages of this. I will never forget when I first heard of Marie Harf on this Bergdahl thing, way back when. 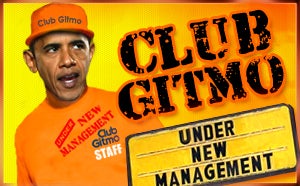 Everybody knew when Obama swapped the five Taliban members at Club Gitmo for Bergdahl. We all knew he was a deserter back then. Everybody knew it. The Regime’s out denying it, and that’s when I first heard of Marie Harf. I’d never seen her, and this is State Department spokeswoman, and I’ll never forget my reaction. I just thought a young, 20-year-old college sophomore had been hired as a State Department spokesman.

I knew right then that the fix was in, and it didn’t matter to Obama that Bergdahl had deserted. It wasn’t what this was about. It never is. It’s like the latest from the Iran deal. AP has an exclusive here. “The United States is considering letting Tehran run hundreds of centrifuges at a once-secret, fortified underground bunker in exchange for limits on centrifuge work and research and development at other sites, officials have told The Associated Press.

“The trade-off would allow Iran to run several hundred of the devices at its Fordo facility, although the Iranians would not be allowed to do work that could lead to an atomic bomb…” Right. That’s what they tell us, meaning our administration tells us, “Don’t worry, the Iranians are not gonna be allowed to develop nuclear weapons.” The hell they’re not! That’s what this is all about. You know it and I know it, just like we knew that Bergdahl was a deserter whenever this whole thing first came up.

We knew he was a deserter then, while the White House denied it. Now it’s been confirmed he was a deserter and the White House is saying, “There’s no difference from what we said back then to what we’re saying today.” We’re played for fools and suckers every day by this administration. So now we’re being told that the Iranians are gonna run centrifuges at a fortified site. “But don’t worry, don’t worry! They’re not gonna be enriching uranium for nuclear bombs.”

Why the hell run the centrifuges then, and why are we gonna let them have so many, and while the US is doing this in a development that has largely been missed by the Drive-By Media? The Obama “Pentagon early last month quietly declassified a Department of Defense top-secret document detailing IsraelÂ’s nuclear program, a highly covert topic that Israel has never formally announced,” on purpose. They’ve not confirmed that they have a nuclear bomb. There are many resaons for this, at the top of the list is “to avoid a regional nuclear arms race.”

Without the official confirmation or admission from Israel that they’ve got the bomb, the other nations in the region that do not can’t say, “Well, hey, they’ve got it! They’ve got it! We should have one, too.” It’s always been in our arsenal to stop Iran from having a nuclear weapon, never having confirmed the Israelis do. Well, Obama’s taken care of that. We just revealed it! This is unprecedented, and this is Obama. I’m certain it’s because his nose is out of joint ’cause he thinks Netanyahu disrespected him by showing up over here and giving that speech to a joint session of Congress. 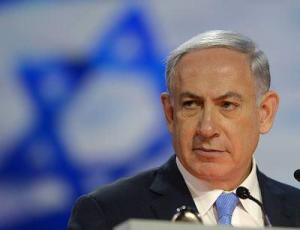 This documents all the way back 1987, folks. “[B]y publishing the declassified document from 1987, the US reportedly breached the silent agreement to keep quiet on Israel’s nuclear powers for the first time ever, detailing the nuclear program in great depth.” Well, here we go. We’re in the midst of talking nukes with Iran, and we’re being told that the Iranians are gonna be able to get a nuke in ten years but we’re gonna try to talk ’em out of ever using it. Now we’ve got an AP exclusive report that we are letting them ramp up their use of centrifuges.

And on top of that, we release a document that makes it official — and in diplomatic circles this is big. Common sense doesn’t count in diplomacy. What everybody knows to be true doesn’t matter ’til somebody actually admits it, and nobody’s ever admitted that Israel has nukes. It’s always been an assumption and everybody’s had an assumption, and everybody’s pretty sure that they do. But it’s never been officially stated, and now it has been. The Obama Regime has released it.

Well, you know what the Iranians are gonna do with that. Exactly what you do when you find out your neighbor’s got something that you covet. “Well, why can’t I? They’ve got it! We are now threatened. You have now admitted that the Israelis have nukes. We are entitled to our own as a defensive nature,” and Obama’s saying, “How can we say ‘no’ to that?” So, I don’t know. I’m kind of worn out analyzing this administration like any other administration’s been analyzed, day to day, within the context of normal political discourse.

That’s not how you have to look at this bunch. It’s the same thing with this Bergdahl story. Everybody from the get-go knew that Bergdahl was a deserter, that Obama didn’t care, that what he really wanted to do is close Gitmo and in order to do that he had to get rid of the population there. So he arranges this trade: Bergdahl for five high-ranking Taliban members and to hell with whoever or whatever Bergdahl was. And then when it’s discovered that Bergdahl was a deserter, they go ahead and lie about it!

The press accepts the lie and promotes the Regime’s version of things so that everybody cools down on it and forgets about it, and then sometime later, some months later, the truth pops up after all the emotion on the issue has been spent. This is tried over and over, the same way that they’ve gotten successfully implemented various phases of Obamacare. It’s the same procedure. Denying the truth. Deny the truth.

The media supports you in your denial or your lie. Something happens that you know is true, but they’re denying it. Then months go by, you find out you were right months ago, but that was months ago. You’re on to other things now, your emotion’s been spent, and so they get away with it. They’re getting away here with nuking up Iran. But releasing this classified top-secret document from 1987, 300-some-odd pages… By the way, they didn’t release it. They didn’t declassify the whole document.

They only declassified the parts about the Israel nuclear program. You know, as Shakespeare might say, “Hell hath no fury like a narcissist scorned.” But this is over the top here, especially from a Regime that pretends it wants to prevent a Middle East arms race. They’ve now pretty much guaranteed one. But the worst thing is, by officially confirming — and I know what some of you are saying. “Come on, Rush, everybody knew the Israelis had nukes. Everybody thought Israel had them.”

In the world of international intrigue and diplomacy and all this, whatever you think you know doesn’t matter. Like Iran has been denying for how many years they’re working on nukes. We all know they are. But the official Iranian position is that they’re not. And until they say they are, they aren’t, no matter what else we learn. It’s up to us to act responsibly in our own interests, which in the past has been to prevent them from getting a nuke.

That seems to be out the window now. It seems to me our policy is, “Hey, if they want a nuke, they might be entitled to since the Israelis have admitted they have one. When a nation admits something that everybody just assumes, that changes everything, because that then provides legitimacy to other nations, in this case, who do not have a nuke who think, ‘Okay, there’s no doubt they’ve got one; they can wipe anybody out they want. It’s unfair! That’s unstable.

“It’s a destabilized region, and the only way we can stabilize the region is if other Middle Eastern nations have the bomb, led by Iran,” and Obama will come along, you know what, that makes perfect sense. Madeleine Albright would come along and say, “That makes perfect sense. Israel alone in the Middle East with a nuclear weapon is indeed destabilizing.” How do I know this? Because it was Madeleine Albright who was upset the Berlin Wall came down.

Madeleine Albright, secretary of state for Clinton, was very upset when the Soviet Union went away as a superpower because she thought that gave us a very dangerous world — a very, very unstable world. “With the United States the only superpower, that’s very bad.” How can that be unless you don’t have any concept of us as the good guys? If the United States as the lone superpower in the world destabilizes the world, then you can’t possibly believe that the United States is the solution for the world’s problems.

In fact, it’s the opposite.

You have to believe that the United States is part of the problem. Hello, meet Barack Obama, who believes exactly that. That’s why he wants to “transform” America. He thinks America is causing problems in the world and has caused way too many problems. We’ve been responsible for way too many problems — discrimination, whatever it is — and it’s time we got cut down to size, time that this got fixed.

“We’ve had no right to tell nations what they can and can’t have. No right to act as the world’s policeman. We’ve had no right to do this or do that. So the Iranians want to nuke? Who the hell are we to tell them we can’t? We’ll do our best to try to persuade them not to use the nuke that they’re gonna get.” But with this declassification of this document on Israel’s nuclear power, you can forget — you can cast aside — any notion you have of the United States trying to prevent the Iranians from getting their own.

You can wipe that out.

RUSH: By the way, one more thing. I’m gonna get to the phones here in just a second. Rather than go further on Bergdahl and the Iranian nuclear story, I’ve gotta start getting some phones in, and people start talking about things I’ve already talked about. So to stay on point, we’ll do that and delve further into this, and we’ve got more Ted Cruz news today about Obamacare. But I want to get to the phones for people talking about things I mentioned an hour ago. I want to get to them before it becomes two hours ago.

The Obama team did not even know Iran had this covert, underground site three weeks ago. We only learned of it two weeks ago. Yet we’re trusting the Iranians to tell us (impression), “Oh, no, no, no, no! We’re not developing nuclear weapons. We’re only developing nuclear power. No, no, no! Not us. You have us confused with someone else.” Oh, sorry. “No, we are not going to develop nuclear weapons! We are going to develop our nuclear power. We have no desire to wipe out anyone!”