RUSH: Barack Hussein O came into office claiming and promising to transform the United States of America, and he had said on many occasions he wanted to do it in a Reaganesque way. Not as Reagan did, but he wanted to be as effective as Reagan. One of the reasons the left hates Reagan is because of his effectiveness. Reagan did — for the eight years he was in office and many subsequent years — truly transform this country. And he did it with conservatism.

Now, the left hates that, but they nevertheless marveled at Reagan’s ability to do it. Obama’s made no bones about the fact that he hated what Reagan did, what Reagan stood for, but he marveled at Reagan’s ability to do it. And we are witnessing every day the transformation of this country. Be it Obamacare, be it the labor force participation rate of 92 million Americans not working but still eating.

Be it open borders and a welcome mat to anybody who wants to come into the country and make them instantly citizens, no concern for assimilation because — as part of the transformation of America that Obama envisions — we must dilute what is known as the American culture. Now, previous decades of immigration were noteworthy because the immigrants that saw entry to the United States wanted to become Americans. They wanted to participate in the land of the free, the home of the brave.

Now there is no distinctive American culture, and to the extent that there is, it is being impugned and blamed. American culture is said to be the reason we’re hated around the world, and that’s what Obama is trying to fix. He wants us to be loved and respected and adored. And to do that, we gotta sweep away the old America. Racism, bigotry, sexism, homophobia, all of that! We’ve gotta broom it.

We’ve gotta welcome everybody that wants to come in because virtually everybody denied entry to this country probably has relatives who built it, in Obama’s world. The transformation of the United States is most recently underway in the nuclear negotiations with Iran. To put it in a nutshell, the manifestation of this particular transformation is the conversion of Iran to an ally and Israel away from allied status. I think there’s no other way to look at this, given what we see, given what we learn, given what we read each and every day.

“Who are we to say that they can’t have one, anyway? We don’t have that right! That’s not what America’s role in the world is gonna be anymore, as per the Obama transformation.” This is major. This is a huge reversal. To treat Iran, the nation that has long been acknowledged as a state sponsor of terrorism, a worldwide sponsor of terrorism, now is an ally?

Here’s a typical news story. This is from the Farsi News Agency out of Tehran. “Tehran — Director General for Political Affairs at the Iranian Foreign Ministry and nuclear negotiator Hamid Baeidinejad said on Wednesday that the western powers have withdrawn from their previous positions in nuclear talks with Tehran. ‘The other side has withdrawn from its positions compared with the past, otherwise we wouldn’t have stood at this point and stage in the talks at all,’ Baeidinejad told reporters in Tehran on Wednesday. …

“Iranian Foreign Minister Mohammad Javad Zarif is to meet with his US counterpart John Kerry in Lausanne on Thursday,” yesterday, and they did. And then the Washington Free Beacon version of the story is… Remember what we just heard, now. We just had the director general of political affairs at the Iranian foreign ministry and the lead nuclear negotiator saying, “Western powers have withdrawn from their previous positions.” That means that we’ve caved. 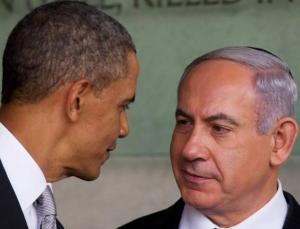 That means that we have withdrawn from the position that Iran should never have a nuclear weapon and now our new position is, “Not only should they, they will.” The Washington Free Beacon headline: ” “US Caves to Key Iranian Demands as Nuke Deal Comes Together — The Obama administration is giving in to Iranian demands about the scope of its nuclear program as negotiators work to finalize a framework agreement in the coming days, according to sources familiar with the [Regime]’s position in the negotiations.”

So, in a nutshell, what we have here is the Iranians are saying that we have caved in our past demands. The Washington Free Beacon claims to have sources who say the US has indeed caved, and especially on the issue of verification. You know, Reagan said, “Trust, but verify” when dealing with the Soviet Union. Obama’s position with Iran is, “Trust, but don’t verify.” Here’s an excerpt from the Washington Free Beacon story:

“US negotiators are said to have given up ground on demands that Iran be forced to disclose the full range of its nuclear activities at the outset of a nuclear deal, a concession experts say would gut the verification the Obama [Regime] has vowed would stand as the crux of a deal with Iran.” In other words, folks, we are going to lift all of the remaining sanctions on Iran before they even tell us about all of their nuclear sites. And we aren’t going to demand, nor shall we be granted, any verification measures.

So this is an example of exactly what is happening: The transformation of the United States — in this case, its foreign policy. It can be summed up in the Washington Free Beacon headline: “US Caves to Key Iranian Demands as Nuke Deal Comes Together.” There’s a Reuters story: “The US Senate voted unanimously on Thursday for a non-binding amendment to a budget bill intended to make it easier to reimpose sanctions if Iran violates a nuclear deal.”

You talk bipartisanship, unanimity, whatever?

“The vote was 100-0 for the amendment, sponsored by Republican Senator Mark Kirk, which would establish a fund to cover the cost of imposing sanctions if Tehran violated terms of an interim nuclear agreement now in effect… The Senate also passed a non-binding amendment to compensate American victims of the 1979 Iran hostage crisis.” So the Senate knows full well what Obama is doing, and they’re doing whatever they can to mitigate the damage that Obama and John Kerry are doing.

Let’s go to the audio sound bites. Last night on Megyn Kelly’s show on the Fox News Channel, the former UN ambassador John Bolton was a guest. The question: “Do you really think the Iranians are gonna hold it against us that we’re kind of backing this Saudi thing against the Iranian folks in Yemen, because we’re working with the Iranians against ISIS in Iraq. So it’s like, one hand does one and the other hand, and I’m sure the ayatollah is gonna understand, right?”

BOLTON: Look, the Iranians are playing us for fools. They have taken us to the cleaners on negotiations for nuclear program. We are now functioning in effect as the air force for the Shi’a militia in Iraq, the government of Baghdad is like the al-Houthi, effectively a surrogate for the ayatollahs.

RUSH: Let me translate this for you. The government of Yemen has fallen. The Saudis are nervous as they can be over Iranian expansion here. They’re also nervous as they can be over ISIS. The end result of this is that the United States has actually joined forces with Iran providing air power to beat back ISIS, and that is what leads Secretary Bolton to claim that the Iranians are playing us for fools and that Obama thinks terrorism is not a threat.

You know, that could be true.

How does a reasonable person believe that terrorism is not a threat? But on the one hand, we had this Regime, and they are hell-bent on saying that there isn’t any terrorism. All there is is “extremism in the name of Islam.” But we do not really have any militant Islamic terrorism out there. They are hell-bent on that point of view, and they recite it as often as they can. Obama does it, and John Kerry and Marie Harf, the valley girl at the State Department. They all say it. 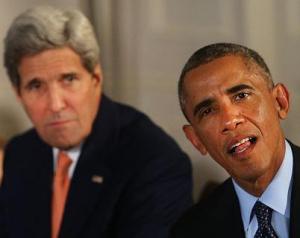 This is Shi’a versus Sunni. There is no great love.

In fact, there’s great enmity between Iran and Saudi Arabia.

Our ally, prior to Obama, has always been Saudi Arabia. Now we are allied with Iran and this business with ISIS and Yemen, and the Saudis are just beside themselves, totally flummoxed and unprepared for it. Here is more Bolton. Megyn Kelly said, “It just seems like, aren’t we on all different sides of the conflict, depending on what country we’re talking about? And isn’t the truth that Yemen is nowhere close to a success? I mean, the administration is out there talking about Yemen as one of the great successes, but it’s not, is it?”

BOLTON: Well, let’s not forget Somalia, either. The president named two countries. The government in Yemen has collapsed; the state has ceased to exist. Somalia has not had an effective government in 25 years. So I think the president is still following the ideology that terrorism is not a threat.

RUSH: Now, this morning on CNBC on Squawk Box, former Governor Bill Richardson (D-NM) and Joe Kernen, who’s the cohost, said, “Governor Richardson, when you were at the UN, did you think the day would ever come when we would tell Israel we’re not going to back them with a veto of certain resolutions? Did you think that we would be sitting here with Iran, sort of friendlier with Iran than we do our oldest ally in the Middle East, Israel?”

RICHARDSON: No, I… It’s inconceivable. When I was at the UN, the vetoes I cast were always for Israel. Now the two-state solution is possible, that we’re back in the Security Council, the two-state solution. So it’s totally inconceivable. What’s happening right now in the Middle East, we’re trying to negotiate a nuclear deal with Iran. We’re on the same side as Iran in Iraq against ISIS. The Saudis are now becoming military regional players. The situation is so volatile, so explosive. It’s not just a proxy war between Iran and Saudi Arabia. You’ve got Al-Qaeda. You’ve got ISIS. You’ve got a huge, huge battle for influence.

RUSH: Now, this guy is a down-the-middle liberal. He makes no excuses for it. He is full-fledged, 100%, card-carrying, and even he can’t believe what he’s seeing. He said it’s inconceivable that we are on Iran’s side, inconceivable to me that we have sided with Iran over Israel. Something he never, ever thought he would see. So the next question was, “Well, obviously Netanyahu would take issue with the notion that this is a good deal. Is it a good deal,” meaning the deal with Iran. “It’s a good deal for the United States?”

RICHARDSON: It remains to be seen. There’s only a few days left. I’m a little concerned. I think the nuclear deal… I was with the energy secretary the other day. He’s a nuclear scientist. The nuclear reduction, which I had wanted it to be — the ending of their nuclear capacity. You know, I’ve been a backer of the administration. But on this one (chuckles), I — I — I don’t know why I’m gonna end up.

RUSH: Ah. Well, we all know where this is gonna end up, Mr. Richardson. That’s what’s frightening about it. We all do.