RUSH: I am doing that which I was born to do. My name is Rush Limbaugh. I am America’s Real Anchorman. I am the guy that drives the left insane. I’m the guy responsible for making them insane. I’m the guy responsible for infusing the left with an out-of-control, out-of-containment even possibility of being contained hatred — and, for that, my friends, I have a gold star, and I take it from them.

You might say, “What’s Rush talking about?” I’ll tell you what I’m talking about in just a second. And this could happen every day. I could talk about something like this every day ’cause it happens every day. I just don’t talk about it as often as it happens. … So a friend of mine, Jay Nordlinger — who is a prominent writer and editor at National Review — sends me an e-mail this morning. He’s just feeling just sick, just sick to his stomach. 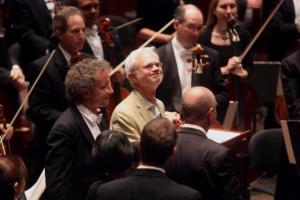 He happened to be at Avery Fisher Hall last night at Lincoln Center in New York. He went to hear a concert by a noted classical composer named John Adams, who I’ve never heard. You know, I ought to actually print this out and read it rather than paraphrase it, and I didn’t think of that, and now… Well, I’ll paraphrase it first and when I get to a break I’ll print it out. I wasn’t thinking. I wasn’t even gonna mention this.

I don’t know what caused me to bring it up now, but I’m gonna mention it since I’m committed to it. So, anyway… Actually, the note came from Jack Fowler at National Review, who informed me of a post on The Corner blog at National Review that Jay Nordlinger posted last night about 11 o’clock, and essentially what Jay said (here’s the paraphrase), is he’d gone to Fisher Hall to enjoy a concert by some composer named John Adams, a classical composer.

This was a symphony for violin and some such movement or whatever, and the composer decided to take to the microphone and explain to the audience — it’s a black-tie audience, Avery Fisher Hall — what it was that inspired this particular symphony or piece or movement that he was performing, conducting, whatever he was doing last night. And he said he had been in Paris, in Europe, and he was reading Arabian Nights, and he was reading other tracts.

And he was just stunned and he found out all of the discrimination and hatred and mistreatment of women in the Arab world. And then he paused and he said, “You can find that here on Rush Limbaugh.” Nordlinger said what happened next sickened him. The audience in Avery Fisher haul applauded for nearly two minutes. The composer was referencing me as no different than militant Islamists and their treatment for women.

He said it made him sick. It reminded him of Orwell writing in “1984” of “the Two Minute Hate.” He said this applause went on not for two minutes, but it was sustained, and it made him sick because it was literally so off the wall. It was ridiculous, that here we had a composer who Jay happens to admire. I have since delved into this guy, and I found out that not a whole lot of people do.

But Jay happens to admire his work, is gonna review it later, and he’s sitting there, obviously one of the few conservatives — maybe only conservative — in this audience at Avery Fisher Hall. He said it just sickened him to see these ignoramuses (my word) start applauding the reference to me as no different than militant Islamists in terms of how women on treated and so forth. He said it made him sick.

He then went on to castigate the composer and said some nice things about me. Here it is. Let me read to you exactly as Jay wrote the piece. “Tonight, the New York Philharmonic premiered a work by John Adams. Adams is probably the most famous and important composer in the world (classical composer). His new work is Scheherazade.2, a ‘dramatic symphony for violin and orchestra.’ Before the performance, Adams himself took a microphone and spoke to the audience about the work. 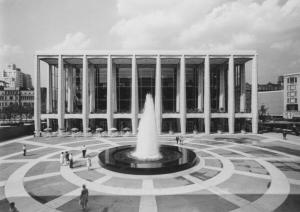 “He described how it came about. He had seen an exhibition in Paris about Scheherazade. Then he read Arabian Nights, and was appalled by the ‘casual brutality toward women’ depicted therein. At the same time, he was reading of brutality toward women around the world: in Egypt, Afghanistan, and India, for example. But we were not to think we Americans were exempt from this brutality. For example, you can ‘find it on Rush Limbaugh.’ (Rush equals the Taliban or the Muslim Brotherhood, you see.)

“To this remark, the audience responded with sustained and robust applause. In 1984, Orwell writes of the Two Minute Hate. The applause in Avery Fisher Hall did not last for two minutes, but it went on long enough,” and then Jay goes on to describe how it sickened him and so forth. It was classic. It’s another example of just the mention of my name sends these people into orbit, and making the point quite obviously true that probably nobody in that audience has ever taken the time to listen to this program.

I have just… I am the official bogey man of the left.

So we had a little back-and-forth exchange today, and I told him, I said, “No, this stuff? I long ago ceased being bothered by this. In fact, I’ve had to learn how to take this as a measure and sign of success,” and it clearly is. So, anyway, that’s what I was talking about at the open of the program as being the one who inspires the most hate among people on the left who are already engaged in hate.

RUSH: We start in Manhattan with Melanie. Melanie, you were at Avery Fisher Hall last night, it says; is that right?

CALLER: Yes, hi, Rush. It’s an honor to speak with you.

CALLER: Yes, I was, and I was at about the third-to-last row in the back, and I was so happy to read Jay’s blog on National Review. But I did boo John Adams, and I gave you a shout out, and I was told basically to shut up by the people that were sitting around me.

RUSH: What was the crowd? Was it 2,000 people? What’s Avery Fisher Hall hold or what was the capacity last night, any idea?

CALLER: I would say about a thousand people.

CALLER: It was packed.

CALLER: It was packed and the majority of people clapping were in the front and whooping it up. I don’t believe that Jay heard me, but I was outraged. It ruined my entire evening.

CALLER: I was just stunned. I’m sorry to interrupt you. I was just so stunned, and I’m still very upset about it. It was completely inappropriate and completely out of context.

RUSH: Well, I appreciate your sentiments. I really do. You and Jay must have been the only two people in there.

CALLER: Well, my friend Trish was with me, and she absolutely was outraged as well. The reason that I called you is I just wanted to let you know that someone in addition to Jay and my friend Trish in Manhattan, in the land of leftist loons, has your back.

RUSH: Well, I appreciate that more than you know. I really… I don’t know how to thank you for that, because there’s no way I can tell people how much that means. It’s just no way I can convey that to people.

RUSH: Stay there. You obviously are not afraid to speak up. So don’t lose that.

CALLER: I was almost ready to walk out, but I thought I would be being rude to my friend, who paid for the tickets.

RUSH: That’s a good. How much did it cost to attend the performance here orchestrated by John Adams?

RUSH: Is that all?

CALLER: I was in the back row.

CALLER: Well, I hope they give me my money back.

RUSH: Well, I doubt that.

RUSH: But it’d be a great thing for you to ask. I can imagine, you’re sitting there, you’re… Did you go because you were interested in his music?

CALLER: Well, I love the philharmonic, and I love the violin, and there was a woman who was going to do a solo performance at that show. So I was very interested in hearing that, and I was completely stunned.

RUSH: So this guy stands up and starts explaining the source, the inspiration for his classical piece was how appalled he was to learn how mistreated women are in the militant Muslim, Arab, Islamist, whatever, world. And then he says, “But, by the way…” You know, it’s typical of liberals. They —

CALLER: And he goes after you. Of all people. I’ve been listening to you for 20 years, and I’m a woman.

CALLER: How dare he! I’m outraged.

RUSH: But he doesn’t listen. I’m the bogey man. I’m just… My name epitomizes and encapsulates all of their hatred for conservatism. But, see, the point is this guy’s standing up there, and he realizes what he’s doing. He’s telling people that his inspiration… He has been inspired to write this piece on the basis he was so appalled at the way women are treated in various parts of the world.

But then, as a good liberal, he had to say something to let everybody know that America’s no better. So he says, “And, by the way, you can find it here on Rush Limbaugh,” and that’s when the audience started their nearly two-minute applause. None of ’em listen to the program like you, Melanie. None of them have the slightest idea what happens here. It doesn’t matter. They know what happens here because they watch The Daily Show or because they ready Media Matters or basically whatever sewer on Twitter they happen to visit. That’s how they know what happens on this program. They wouldn’t dare tune in here like you do.

Anyway, I’m kind of shocked that we had somebody from this audience in the audience at Avery Fisher last night. A thousand people. Melanie, I appreciate the call. I really do.