RUSH: You want to know why this is happening now? I’m gonna tell you exactly why this is happening. Because of Hillary’s Grim in Gray press conference that she blew at the United Nations when they tried to redo Pretty in Pink. The Pretty in Pink press conference of 1992 or ‘4, whatever it was. She goes to the UN to answer this e-mail and server stuff and ended up being Grim in Gray. She blew it and the Democrat hierarchy started panicking and they haven’t stopped panicking and so that’s why we have now officially opened the gender war as the new season in American politics right now. 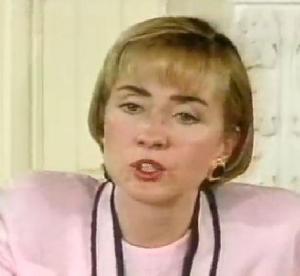 Rand Paul is the first objective, but they’re gonna turn this now on every one of these Republican candidates. They’re gonna find a way to include Scott Walker in this. They’re gonna find a way to include Ted Cruz in it, because this is the new season, the gender wars. Even though it’s tired, even though it’s worn out, that’s all they’ve got, the race card, the gender card, that’s it as far as the Democrat Party playbook is concerned. It has been used over and over and over again, but because they have to do anything to get Hillary elected — they can’t talk up her policies, what the hell are they? She’s failed everything she’s done. They can’t bring up the nineties. It would be embarrassing to Obama. They’ve got to once again try to destroy whatever, whoever, Hillary’s opponent, all of Hillary’s opponents. The gender wars are underway.

Now, let’s go back to Debbie “Blabbermouth” Schultz, who is the chairwoman of the Democrat National Committee. She said in response to Rand Paul’s question, “Do you think it’s okay to kill a baby, a seven-pound baby in the uterus?” And she essentially said, “I support letting women and their doctors make this decision without government getting involved.” She does not support that. She’s like every other extreme feminist, she would do everything she could to talk any woman who was gonna have the baby, put it up for adoption, out of it.

Don’t doubt me. I imagine it sounds kind of shocking to hear me say that every abortion, every lost abortion, every abortion that does not happen is a loss of momentum politically. It is, if it’s publicly known. It’s a political issue to ’em, folks. It’s not about women’s rights. That’s just what they say it is.

Anyway, back to what she said. Let me quote her get up. “I support letting women and their doctors make this decision without government getting involved, period, end of story.” Well, there’s some exceptions when it comes to Obamacare. How about Obama’s contraception mandate? We all remember that, don’t we? Women can’t afford the 12 bucks a month for birth control pills. We have to pay it, even if their bills run into the admitted $1,500 to $2,000-a-month range. So Obamacare, it’s right there, contraception mandate. How about government funding Planned Parenthood? That’s not what Debbie “Blabbermouth” Schultz said. Government does fund Planned Parenthood.

But in these two examples, the Obamacare contraception mandate or government funding Planned Parenthood, Debbie “Blabbermouth” Schultz wants maximum government involvement. And, by the way, notice that Debbie Schultz doesn’t even think twice about aborting a seven pound baby. It didn’t even give her pause. It didn’t even become a moral question to her. She did not break a sweat. She did not break stride. It reminded me a little bit, in 1988 there was a presidential debate between The Loser, Michael Dukakis and George H. W. Bush. It might have been a debate among Democrat candidates for the nomination.

At any rate, Bernard Shaw, then of CNN, was asking the questions, was a moderator, and he posed a hypothetical to Dukakis. I’m gonna have to paraphrase the hypothetical, I don’t remember it exactly, but it was along the lines of if his wife had been raped, what would he want done to the perpetrator or some such thing. It was a question — yeah, yeah, would you support the death penalty for somebody that raped your wife? It was pretty close to that. And he didn’t stop, no emotion. I mean, we got policy wonk 101. (paraphrasing) “Well, Bernard, you know what I think of the death penalty, gotta be very, very careful here with the death penalty, society.” 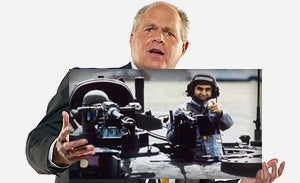 He started answering this stuff with this esoteric liberal crap, and nobody could believe it. He was just asked basically what he thinks should happen to a man who raped his wife, it didn’t matter, might as well have been if somebody had robbed a convenience store. Now, the difference between then and now is, after that happened the Drive-Bys went after Dukakis and couldn’t believe that he did not have one emotional tic over the question.

And then he was reduced to, in subsequent days, trying to assure everybody that he would care deeply if his wife had been raped. But he said that really wasn’t the question I was asked. It was a death penalty question and I tried to stay on point. He didn’t get it, so he tried to save himself by looking like Beetle Bailey in a tank. He put on an Army helmet there and stood up in the tank in the turret, and it was over. Everybody knew it was over. They just didn’t want to admit it.

Now, back once again to Rand Paul and the media, and this is now the new season of the gender wars. Can I give you a headline from TheHill.com? “Savannah Guthrie Fight Casts Shadow on Rand Paul’s Debut.” See how this works? You, who watched it, you’re thinking he cleaned up. You’re thinking he told her what-for. You’re thinking he went out there and he wasn’t gonna take any guff from her, and she tried to get him to do this, and he just threw it right back at her.

Washington Post: “On First Official Day on the Trail, Rand Paul Turns in a Prickly Performance.”

Washington Post: “Rand Paul Had a Bad Day. And He Ended it in a Very Rand Paul Way.” 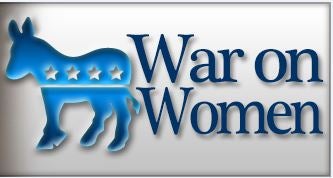 You’re thinking he scored big points with the question to Debbie Wasserman Schultz and not taking the guff from Savannah Guthrie, and look what the Drive-Bys are doing. It’s on a silver platter, gender wars, even though the country is fed up with it. What about all this love? We got gay rights and a bakery and so forth, the pizzeria, everybody is talking about love and who loves who when it comes to men and women. Why can’t we talk about love, too? Why must there always be a war presented?

Now, polling data on this — and this all started, it was gonna happen anyway ’cause this was predictable. With Obama having all this insulation against him, any criticism because he’s black, any criticism is said to be racist and it shuts off any criticism. You know they were gonna try the same thing with Hillary, first female president, therefore you can’t criticize her, it’s all sexist.

So she goes out there at the UN with a handpicked press corps that everybody thinks is second tier because they’re the UN press corps and they’re concerned with Darfur and Ebola and what’s going on in Africa and so forth. Mrs. Clinton is thinking, “These people are not have an understanding at all about my e-mail problems so I’ll use that press corps.” So the Grim in Gray press conference, that fell apart and they had to give her the hook and get her out of there because that wasn’t going well, that started all of this. That told them on the Democrat side, we gotta ratchet up the gender war even sooner than we intended.