Apple Watch Is Fashion, Not Tech

RUSH: I’ll tell you something else. If you have three phones, you don’t ever have to worry about running out of battery. I mean, it’s not even a factor. You don’t even think about it. Yes siree, Bob, greetings, and welcome back, Rush Limbaugh, having more fun than a human being should be allowed to have. I was just telling these guys, I just got confirmation I’m gonna be receiving one and maybe two Apple Watches tomorrow. 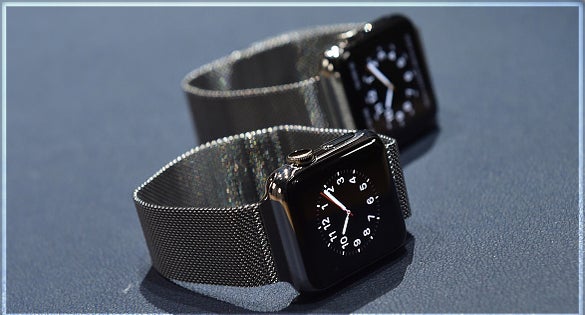 And I don’t even care. If it were iPhones… When it’s three weeks before an iPhone release, I am pounding the pavement. I’m shaking the bushes. I try to get at least 15 of ’em with the hope of getting one on launch day. In this case, I haven’t lifted a finger to get a watch, and here I’ve learned just now, just during the break that I’ve got two coming. (interruption) No, Snerdley, they’re not the gold things.

These are the cheap models. You see, that’s the thing. It doesn’t matter. Cheap or expensive, they’re all the same in terms of the consumer electronics. You know, Apple… Speaking of which, I have to mention this. I don’t understand this marketing at all. They have been saying for the last month that you cannot walk into a store and buy a watch on what their supposed launch day was, which is tomorrow. You just can’t do it.

They haven’t made enough. They’re not making a lot. They’re waiting to see what people want rather than make a lot of every type and model and combo so they don’t eat up a lot of capital creating inventory. So they’re basically, after the initial run of three million, building them to order, which is why it’s taking so long for people to get theirs. They have said, “You can’t walk into a store and get one; you have to order ’em online,” and last night you know what they did? 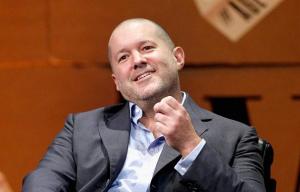 They announced that at higher end, elite, snobbish boutiques, you can walk in tomorrow and buy a watch. In London, in Milan, in Tokyo, in Los Angeles, and there’s one other place. After all of these weeks of telling their customer base, “Sorry, you have to order online. There will not be any stock anywhere in Apple stores on launch day.” Except now at these little kiosks in these high-end boutiques. It is clear to me now, this watch is an entirely different thing for these people.

This is not a gadget.

They are entering the fashion world.

They are entering high fashion, and that’s what this is.

It’s an entirely different thing. It’s got consumer electronic guts. One way of putting it is, their celebrity designer, Jony Ive, it’s almost like he’s tired of being Jony Ive and now wants to be “Jony” Versace. (interruption) Well… “Oscar de La Renta.” Well, pick one that’s still alive. But he wants to… It’s obviously what’s happening here, and they might run the risk of really alienating their loyal customer base. I don’t know how much that would hurt ’cause the loyalty is so deep.