Bruce Jenner Destroyed the Good Vibes By Coming Out as Republican

RUSH: Some days the scope and the difficulty of my job is made very clear to me. There are people who have been with me, for all intents and purposes, since day one. Now, Mr. Snerdley has been intimately aware of this program since day one. He didn’t join the program until a couple of his cousins bombed out. Mario Snerdley didn’t work out. Melva Snerdley was first. But Snerdley was around. He’s been around the program for all 26 years, whatever it is.

Snerdley just asked me a question that, by virtue of being here 26 years, he should know the answer to, and yet he still had to ask me. And this tells me if somebody that’s been here every minute, other than vacations, of course, of the past 26 years and still doesn’t know the answer to this, then what can I expect audience members who cannot spend that much time with the program to understand? And it just makes it obvious how difficult the task is here.

The question that Snerdley asked me is: “Can you tell me why this Bruce Jenner story is getting so much attention?” Yes. But you should not have to ask me that. I realize you can’t listen to every minute of the program because you’re screening and you might miss profundities and salient points during such times, but I say things more than once. So the odds are, when I mention this, you’ll remember me having said it. The fact that you have failed to connect it to your own question is what’s interesting to me.

Do you recall last week and the week prior that I observed the gay community has pretty much peaked in terms of protest anger and agitation, because they succeeded. Gay marriage is happening. Young people seem to be totally in favor of it. If you look at pop culture, television, you can’t watch a single TV show where there’s not gay affection, gay sex, gay love. It’s common now. But they can’t just go away because the agenda never gets completed. It always has to march on. 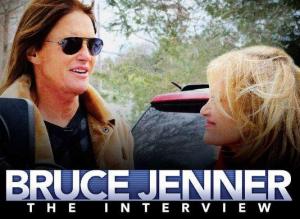 Well, that alone should tell you why it’s a big story. ‘Cause what Bruce Jenner is engaging in here is transgenderism, is it not? And he’s maybe one of the biggest transgenders in terms of name recognition and credibility. I mean, he’s a gold medal winning Olympian in I think the decathlon. That’s 10 different competitions in one event, and he won the gold. He had numerous profiles during that Olympic games, you know, the profiles they do of the competitors. They followed him around one average training day, and it started with the alarm clock going off at four in the morning and Jenner jumping out of bed, followed him all through the day.

You add to that that he has become, by virtue of marriage, the stepfather of the Kardashians. I mean, anybody in their orb is gonna make news, and the weirder, the better. The question is not, why is Bruce Jenner such big news. Now, are you asking me why is the Bruce Jenner story so big with the public or with the media? ‘Cause with the media it’s a slam dunk answer.

This fits everything the media wants to do in terms of turning the culture upside down, redefining what normal is. Getting revenge against the majority for all of these decades of discrimination and mockery and disapproval and all these religious fanatics judging other people simply because of, quote, who they love, unquote. Bruce Jenner helps to unlock the rage and anger.

Now, he made a mistake in the interview with Diane Sawyer. Well, I don’t know if it’s a mistake, but he announced that he’s a Republican. So whatever good vibe he was gonna get from coming out, he just destroyed. You ought to see what happened to him on Twitter. You ought see the Twitterverse after Jenner announced that he’s a Republican. Love went to instant diabolical hate and rejection. People who previously applauded him for his bravery, hell, the sports Drive-Bys, they’re so orgasmic about this they can’t contain themselves, until he said he was a Republican.

Now they’re prepared to throw him overboard. They were calling him brave and courageous and more people need to take this step. Now we’ve got interviews with the first wife, “Yeah, he told me he really liked to wear my dresses.” We’re getting interviews with the second wife, Linda Thompson, “Yes, I’ve known this, but I didn’t go public with it.”

So apparently, the news that we’re getting is that Bruce Jenner has been oriented toward the female and the chopadickoffamy, what, 40 years. And finally overcame the oppressive judgmentalism of society and decided just to go for it and let his inner female come out and the outer female be the dominant. And there was applause, because anything to upset the Christians, Mr. Snerdley, anything to upset the religious right, anything to upset these damn conservatives and Republicans that believe in their precious social issues. This is a slam dunk why this is big news.

But the fact that he announced he’s a Republican, that cost him. That cost him some love and affection within certain people out there on Twitter and so forth. And, by the way, that is its own lesson. You have these — what do I call them? I don’t want to call them conditions. You have these lifestyle choices. Some of them are automatically assumed to be liberal. Single mother, single parent, gay, automatic Democrat, right? Automatic liberal. Transgender, automatic liberal. Bruce Jenner comes out as a Republican, ah, ah, ah, ah. “We now don’t care that you’re transgender, because the fact that you’re a Republican is yuk. How could you dare? You can’t be a legitimate transgender and be a Republican.” 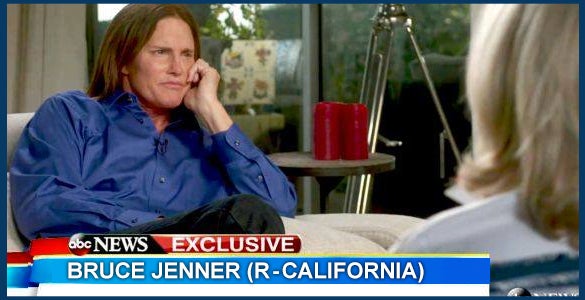 You should see some of these tweets. Which, as I say, is a lesson into itself about, you know, what can the Republicans do to reach these people. Nothing. There’s literally nothing. Call it whatever you want, the brand is so destroyed, however you want to explain it or categorize. Look at Ted Cruz and these guys that own the gay hotel. It wasn’t a fundraiser. He just went to talk to ’em. He just went to talk to ’em in their Manhattan penthouse, and these guys are being hit up and beat up and ripped to shreds by other gays and homosexuals who say boycott these guys hotel, don’t ever go.

These guys, I’ve never seen two more frightened public people. They’re begging forgiveness. They’re now ripping Ted Cruz to shreds after saying he was a nice guy and it was a productive meeting. Not acceptable.