RUSH: All right, look, you can’t avoid this kind of stuff happening out there. The e-mails, checked ’em at the top of the hour: “Hey, you’re giving all this time to Trump. You know, Christie announced yesterday, why don’t you give him some?” Okay, okay, okay, I hear you, I understand.

I do not wanted to be accused of showing anybody any favoritism. This is why I don’t have ’em on the program, folks. If I start interviewing one, then I’m gonna have to interview all. Why are you frowning? (interruption) Well, I did talk about Christie but, hey, you know, I happen to have some Christie sound bites here, so it isn’t any big deal. But I don’t want to have to start the interview process and have them all in here. There’s what, 16? I don’t care what any of ’em think. (laughing) Well, that’s not true. I’m just joking, folks.

But Christie was on with Hannity last night on the Fox News Channel. One of Hannity’s questions to Chris Christie was (paraphrasing): “It was six days before the 2012 election, after Hurricane Sandy, President Obama shows up, Bloomberg said no to Obama, Cuomo said no, and you let the president come to New Jersey, and I thought my personal opinion was that it was a photo-op, and then there was the hug. You hugged the guy.”

CHRISTIE: There was no hug. First of all, Bloomberg and Cuomo didn’t say no. The president didn’t ask to go to New York. He asked to come to New Jersey. My job was to make sure that when the president came there, I was courteous, I was respectful, and I asked him for the federal government’s help. And if I had to do it all over again, I wouldn’t do anything differently.

RUSH: Wait a minute. Now, I’m under a different impression. I have always believed that Bloomberg and Cuomo said no to Obama, that Obama did offer to come in. I can’t believe that he didn’t. It was a campaign. It’s right before the 2012 election. I would think Obama’d want to be in every damaged area that he could be. But Governor Christie said that Obama only called him. Didn’t call Bloomberg and didn’t call Cuomo. But you hear in the answer, “He asked to come, my job was to make sure that when he came, that I was courteous, I was respectful, and I asked him for the federal government’s help.” I mean, it’s right in line about what he said yesterday in his announcement, that we’ve gotta show we can work together and that we have to cooperate, bipartisanship.

And there’s a bunch of Republicans that subscribe to that theory. They’ve all lost. But clearly Governor Christie believes in the blueprint. That’s exactly my point, Republicans in the Northeast, that’s what you have to do because most of the people that live there are Democrats. You can’t win with just Republican votes in the Northeast. You have to get some Democrat votes, they say, yeah, so the way you get the Democrat votes is to say you want to work with these Democrats, cooperate with them.

I think there’s more to it than that, though. I think specifically saying that is practically an admission on the part of the candidate that he believes all these assaults the media makes on Republicans, that they’re intransigent, uncooperative, and all of that. And also that’s what the American people want. I don’t know. We’ll just have to wait and see. The next question Hannity said, “Well, what do you say to people that maybe still think that the way you behaved with Obama six days before the election hurt Romney’s campaign?”

CHRISTIE: None of the polling information that’s come out afterwards indicated that at all. Secondly, talk to Mitt Romney. Because Mitt Romney will tell you it didn’t hurt him. He said the storm hurt him. I didn’t hurt him. Let me say one last thing. You know, if people in this country want someone who is gonna play politics 24 hours a day, seven days a week, don’t vote for me. What I’m gonna do is do the job that people elected me to do. That’s what I’ll always do, and I’ll do it unapologetically.

That’s the point I’ve been trying to drill into people for I don’t know how long. Everything the Democrats do, even funerals, is political. Everything. There isn’t a thing that happens that they don’t try to convert it into something they can advance their agenda with. Everything. Crisis, disaster, you name it, and the bigger, the better. And that’s what Governor Christie says he’s not gonna do. He’s not gonna play politics. So let’s see. Christie, last night he was on Hannity, that was on the Today show with Matt Lauer today, and this is a setup. I predicted this was gonna happen. We have the first setup here from Matt Lauer interviewing Christie during a discussion about Christie running. Before they start talking to Christie, this is what Matt Lauer said.

LAUER: When this country elected Barack Obama as president six years ago, history was made. He became the first African-American president in US history, and yet if you look at this country today, you could argue that it is as racially divided and racially tense as it has been in decades. So if Barack Obama couldn’t help bridge the racial divide, how can president Chris Christie? 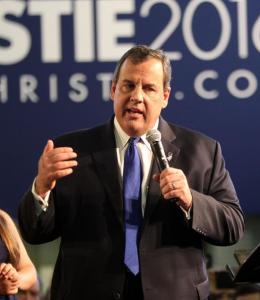 RUSH: It took them seven years to figure this out. Do you realize what an admission that is? It took Matt Lauer seven years to realize that the election of the first African-American president has made race relations worse. He said it. Right here he said it. He became the first African-American president US history, and if you look at this country today, you could argue that it’s as racially divided and tense as it has been in decades. I think so. It’s angrier, more miserable, unhappy. But, see, Governor Christie, he yesterday said (paraphrasing), “No, no, there’s no anger out there. I travel the fruited plain. I travel the country. I don’t see the American people angry. I see anxiety.” Well, here’s how Governor Christie answered the question. The question was, “So if an African-American can’t help bridge the racial divide, how can you?”

CHRISTIE: I’ve learned here in my state which is the most ethnically diverse state in the country, that the first way to do it is to show up in all those places and listen. So, for instance, when the tragedy happened Charleston, African-American ministers in my state called and said they wanted to have a prayer service, and I went on Father’s Day and sat with African-American ministers, members of their congregation and spoke very clearly about racism, that racism is the cause of what happened in Charleston.

He said, “I’ve learned here in my state, which is the most ethnically diverse state in the country, that the first way to do it,” to bridge the racial divide, “is to show up in all those places and to listen. So for instance when the tragedy happened in Charleston, African-American ministers in my state called and said they wanted to have a prayer service. And I went on Father’s Day and sat with African-American ministers and members of their congregation and spoke very clearly about racism, that racism is the cause of what happened in Charleston.”

That’s how he’s gonna bridge the racial divide. That’s what he said. (interruption) No, no, no, no. (laughing) You get your own show and say that. This is another example… (laughing) Snerdley’s shouting at me. That’s another reason they don’t have microphones in there, folks. We’d be hitting the edit button I can’t tell you how often. Hee-hee. Ha-ha-ha-ha. “See, I would bridge the racial divide this way!