George Takei Hurls Racist Insult at Justice Thomas, But It’s Cool Because He’s a Nice Guy Who Was on Star Trek

This is George Takei, who is considered a nice guy because he was on Star Trek. Star Trek was a very popular science fiction show so he has to be a really cool and nice guy, because he’s an actor who was on that show. So he’s a nice guy. He has to be a nice guy. So he was on some YouTube channel being interviewed about gay marriage, and he had just finished Clarence Thomas’ dissent, and this is what he said. 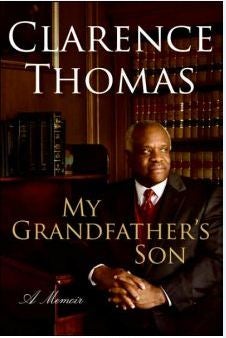 TAKEI: He is a clown and black face sitting on the Supreme Court! He gets me that angry! He doesn’t belong there. For him to say slaves had dignity? Doesn’t he not know that slaves were enchained? That they were whipped on the back? If he saw the movie 12 Years as a Slave (sic), you know, they were raped.

TAKEI: My parents lost everything that they worked for in the middle of their lives in their 30s. His business — my father’s business — our home, our freedom, and we’re supposed to call that dignified? Marched out of our homes at gun point? I mean, this man does not belong in the Supreme Court. He is an embarrassment. He is a disgrace to America.

RUSH: Something really set this guy off about what Justice Thomas said. I don’t believe Justice Thomas said slavery was “dignified.” Regardless, George Takei is a “nice guy,” see? He can say that. That’s not disrespectful or undignified at all, you see?

RUSH: Okay, folks, I went looking during the break to find out what it was that George Takei was so righteously, undignified, disrespectfully angry about. And I found it. Would you like to hear what Justice Thomas wrote in his dissent? Here it is: “Slaves did not lose their dignity (any more than they lost their humanity) because the government allowed them to be enslaved. Those held in internment camps did not lose their dignity because the government confined them.”

I think Takei, one of two things, either he purposely took it the wrong way just so he could get all self-righteous and indignant. Because Takei, who is a nice man, of course. He was on Star Trek. How could he be anything other than cool and nice, right? I mean, that’s why Takei is a nice guy. He was on Star Trek and everybody loves Star Trek. And he’s cool. Truth is, Takei is one angry man. George Takei in my — I’m a nice guy, too. In my estimation, George Takei personifies my theory that no matter how much the left gets, they’re never satisfied and they’re not happy. They’re winning everything and they’re angrier and angrier. They’re winning everything in sight and they’re miserable. So miserable, they’re looking for reasons to be angry.

Now, Takei either doesn’t have the culture himself to understand that or is simply looking for an excuse to pop off. If you listen to what Takei said (imitating Takei), “What do you mean, dignity? Why, slaves got chains on their backs, where’s the dignity in that?” He didn’t say that. He didn’t say their treatment was dignified. He said the way they comported themselves in the midst of this inhumanity was dignified. The ultimate compliment!

Now, does George Takei really not have the depth of character to understand that? Or is he just looking for a cheap shot to get some outrageous comment publicized and noticed? Which do you think it is, Mr. Snerdley? You’ll take B. Just looking for an opportunity to pop off. Yeah. Well, yeah, he wants everybody to know he’s a big activist. I tell you something, what Justice Thomas wrote there, to me, is actually beautiful and an attempt here at presenting people as genuine champions of humanity. They remained dignified. They held on to their dignity while being so ill-treated and mistreated. That’s all he’s saying here.

Think otherwise. Do you think Clarence Thomas would actually write, anybody would actually write that slaves lost their dignity and were undignified. It would be insulting to people. Compare slavery to prisoners of war, if you will. Prisoners of war are always — look at the way McCain is treated and heralded. All prisoners of war are automatically assumed to be — we make movies about them. Their spirit. Their triumph. That’s all Thomas was doing. It’s just amazing to me. But yet there has to be anger. There has to be all this angst. I have to get noticed. I have to pop off.