RUSH: Okay, let’s move on now, back to Donald Trump and the immigration situation. We have even worse news. “A six-time-deported illegal immigrant is charged in the felony hit-and-run of an Arizona mother and her two young children. The man allegedly admitted to being high on marijuana while causing the severe lacerations to a five-year-old boy. The five-year-old and a two-year-old were both taken to an area hospital. This tragedy comes within one week of two separate incidents involving previously deported illegal immigrants allegedly murdering women in two US states: California and Texas.”

“White House Press Secretary Josh Earnest is blaming Republicans after an illegal immigrant who was reportedly deported five times was charged with murder in California.” Reporters asked him about this yesterday and Earnest insisted it’s actually Republicans at fault for voting against the Gang of Eight bill last year, pointing out that it contained money to increase border security.

Because, folks, what is happening here, Barack Obama is flooding the zone. He has repeatedly asserted virtually unlimited discretion not to enforce immigration law. So for Earnest to sit up there and try to blame this, and by the way, he was serious, and I was serious when I predicted it yesterday. It is a laughable matter, and of course the media is reporting this, “White House press secretary says that Republicans are to blame.” That’s all you need to see if you read Yahoo! Parenting or Yahoo! News. If you’re a low-information voter, you read the news: “White House blames Republicans for murder of citizen in San Francisco.” That’s it, Republicans are to blame.

It’s not just a voter registration program for the Democrat Party. Although it is. But it’s worse than even that for Obama. It is about changing the face and the composition of the country. The Democrats get themselves a voter registration plan with Obamacare, and a president who pledged not to enforce immigration law. This is about amassing the Democrats as well as it is changing the face of the country. Anybody not getting this? I mean, this is bare knuckle, lawless politics here. It is a power grab. And if smiles and denials convince you otherwise then you’re to blame as much as the regime because you elect this, you own this. You elect Obama and elect these Democrats, then you own what they do.

If you’re upset by the recent murder of Kathryn Steinle. That’s the name of the woman in San Francisco, by the way. She’ll never be as well known as Trayvon Martin. No way, no how. Her murder doesn’t fit any plan to advance the Democrat Party agenda. And so her murder and her death, nothing to see here. Trayvon Martin, what happened in South Carolina, and you name it, anywhere else that they can convert this into a way to move the agenda, they’ll do it.

But this woman in San Francisco, Kathryn Steinle, his policies, Obama, his overt refusal to enforce immigration law, his overt embrace of sanctuary cities, it’s all coming home to roost here, folks. Who sees the good intentions of letting criminals into the country? Where are the good intentions there? The Democrats always get the benefit of the doubt with good intentions. Their ideas may not work, but they care. Yeah, their ideas may not work, but they’re nice people. The Republicans, everybody knows they’re real meanies, yeah. But the Democrats, they’re so nice and they care so much.

I’ll tell you, all this niceness and all of these good intentions, it’s all coming home to roost. Remember when people were worried about Ebola carriers coming across the border? All of this is happening, all of these crimes, murders, five-time deportees, six-time deportees, all of this is happening for two reasons. For new Democrat voters. Actually, three reasons. New Democrat voters, cheap labor, and the transformation of the country, changing the face of the country.

Why has anybody who voted for Obama complaining about this? You made it happen. Yeah, because he seemed like a cool guy, a nice guy, great intentions. Besides, Romney is such a mean guy, remember? Romney, he didn’t care that the wife of an employee died of cancer. Romney, he didn’t care about his family dog, puts him on the roof of the station wagon. Romney, he didn’t pay taxes like Harry Reid said. Obama, what a nice guy. What a cool guy. Yeah, well, all that cool and all that nice and all those good intentions are creating a country nobody wanted that wasn’t founded — I’ll tell you, this Supreme Court ruling is one of the biggest bastardizations. 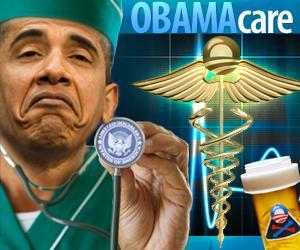 You know what’s happened with the Obamacare ruling, essentially to put it in perspective here. You talk about Congress being rendered irrelevant, the Supreme Court essentially rewrote Obamacare in a way it could not have gotten 60 votes for passage. Do you realize what an abomination this is? The Supreme Court, by claiming, A, they just meant the state, meaning the federal government. That bill was written specifically to say that only states who set up exchanges could offer subsidies. Nobody else could, including the federal government. They couldn’t have gotten the bill passed. They had to make some changes to even squeeze 60 votes. Here comes the chief justice rewriting the law in a way it could not have received 60 votes.

We now are being governed by a law that would never have passed Congress and would probably never pass and probably never got to Obama’s desk. And all of that for new Democrat voters, cheap labor, changing the face of the country because it’s inexorably tied to other Democrats’ agenda items. And in the middle of all of this, there’s one guy standing up trying to get somebody, anybody, to pay attention to it. And that’s Donald Trump. And what do you think is being done to him?

They gotta destroy him, got to take him out. Gotta ruin his businesses. Gotta ruin him, gotta ruin everything about him. Over here we’ve got Bill Cosby, we’ve got Bill Clinton, Ted Kennedy. And over here we’ve got Russell Wilson of the Seahawks, Clarence Thomas, which group needs to be mocked, impugned, destroyed. Clarence Thomas, Russell Wilson, and maybe throw Trump in there, just to show you how out of whack everything is.