RUSH: “A northwest Ohio municipal judge assigned to a courtroom where civil marriages are performed refused to marry two women less than two weeks after the US Supreme Court legalized gay marriage, the judge’s office confirmed on Wednesday” that he refused to perform the ceremony. “Toledo Municipal Judge Allen McConnell…” (whispering) Who is African-American. Psst! He’s African-American. His picture is right there. But don’t tell anybody that.

“Toledo Municipal Judge Allen McConnell … acknowledged the decision in a Wednesday statement. … ‘The declination,'” he said, meaning his refusal, “‘was based upon my personal and Christian beliefs established over many years. I apologize to the couple for the delay they experienced and wish them the best.’ … Toledo Municipal Court judges performed 98 marriages in 2014 and 49 marriages so far this year.

“Deputy court administrator Michael Zenk said the request by the women on Monday was the first time the court was asked to perform a same-sex marriage.” Really? I thought it was happening all the time! How is this possible? In Toledo, this was the first one requested? I’m sorry, I’ve been conditioned to think that same-sex weddings are happening everywhere, all over the place.

Anyway, “After McConnell refused, Judge William Connelly, Jr. performed the ceremony for the women, Zenk said. … McConnell said he will continue to perform ‘traditional marriages’ and is, ‘seeking an advisory opinion from the Supreme Court of Ohio’ about whether he can ‘opt out of the rotation’ that would have him perform civil marriages.” Now, just based on what we talked about yesterday, the new totalitarians, this guy doesn’t jet know it, but he’s going to be targeted big time.

In fact, isn’t the NAALCP upset with this guy, or am I mixing stories here? I may be mixing stories. I thought the NAALCP was not happy. Oh! Oh! I take it back, different story, but there is this: “The Left is already calling for the impeachment of Toledo Municipal Judge Allen McConnell who respectfully declined to marry a same-sex couple Monday. … Regardless of the fact that the lesbian couple were still awarded the ceremony, mainstream leftists like Glenn Greenwald believe McConnell should be impeached because he won’t violate his religious conscience.”

Greenwald… He’s the journalist, by the way, working with Edward Snowden on getting Snowden’s name out. This is classic. This is what we’re talking about. Here you have a gay couple, lesbians, go to court and want to get married. The judge says, “Sorry. I wish you the best, but I can’t do it, I’m Christian, and my beliefs do not permit me to be associated with homosexual marriage.” Another judge marries them. Here come the new totalitarians demanding this guy be impeached. 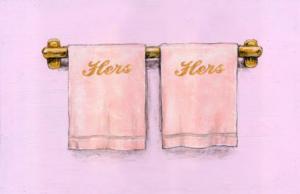 It doesn’t matter that the couple found a way to get married. It doesn’t matter the judge’s refusal to marry them did not result in them not being able to get married. They were able to get married. Another judge came along and did it, this guy is going to be destroyed. The left will not quit until this guy is targeted and Alinsky’d out of the office. Just as we said yesterday: It’s not enough that the judge here in this case lose. He must learn to love gay marriage, and he must learn to support it. Otherwise, he’s finished.

RUSH: I knew there was an NAALCP connection. He is the president of the Toledo, Ohio branch of the NAALCP. Judge McConnell. He’s the guy that refused to marry the lesbian couple in court. They still got married. Everything is fine. Except he’s got to go now. Not only did he refuse to perform it, he spoke out against it. He said it’s not tolerable. The left is not going to put up with that. You either do the ceremony, you either broom your Christian beliefs, your religious beliefs — you broom them, you forget them — and you do the ceremony or else.

And then after you do the ceremony you love doing the ceremony. And then you love homosexuality, and you love gay marriage.