You’re Darn Right I Wish He Had Failed

CALLER: Hey, Rush. Several years ago you said that you wanted President Obama to fail. And to be honest at the time you were pilloried by the press, and it did seem very harsh. But I have to say, you know, you look back over time with the Iran deal, the Bergdahl deal, the Auschwitz-like video that appeared in the last couple days from Planned Parenthood, I think now you don’t have to explain why you wanted him to fail. I think now you could just say, I wanted him to fail, and it stands for itself. It came true. 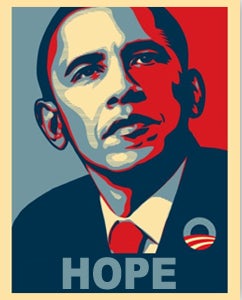 RUSH: I would hope. I appreciate your commenting and your honesty. I want to be honest with you back. Six years ago, six and a half, I guess, now, when I first said, “I hope he fails,” I had no idea, I really didn’t. I mean, I knew it would anger some people on the left, I knew it would anger some Democrats. I did not realize that it would be judged even by people on my side of the aisle as harsh. I thought everybody on my side of the aisle wanted the same thing I did. Why in the world would we want anything this guy believes in to work or succeed? I thought it was common sense. I was more amused than anything over the outrage that it caused. But now you think all I have to say is, hey, I hoped he failed, and that you think more people now will understand and agree with me?

CALLER: Well, Rush, I think so. I honestly think you underestimated him, too. I mean, I don’t think you ever thought he would trade five terrorists for a deserter. I don’t think the IRS scandal, which they were likely involved with, would ever happen in our free society. I think we’ve become desensitized by each — like, what happened with Planned Parenthood, people should watch the video.

CALLER: You can’t watch that video and not become sickened by it.

RUSH: Let me jump here. In the first place, on this Planned Parenthood story, what you need to do, all of you, you need to find this story on the Web and read the comments. And I warn you, you had better be steeled, because the anger and vitriol at the people who made the video is palpable. The vast majority of comments to this story on the Web do not believe it. They think it’s a typical conservative lie that has been made up, it isn’t possible, and they are livid, not at Dr. Nucatola or at Planned Parenthood, but at the people they think faked. Now, Smokey, don’t hang up.

RUSH: We’re back now to Smokey in Coronado. Smokey, I just wanted to tell you one more thing before you go, and it is to correct you. When I said that I hope Obama fails, I want to assure you, I did not underestimate him at all. Now, I didn’t know he was gonna do Bergdahl, of course, nobody had that kind of foresight. But I wasn’t surprised at anything that he has done. And this is the point that I’ve really labored to make with people. All I can do is tell people what I think.

So I was up against long odds at the outset, which is why I simply said — the whole genesis for this, by the way, the Wall Street Journal called and they were asking a bunch of people to write 400-word op-eds, their hopes for the first black president. It was supposed to be such a wonderful thing, and I wrote ’em back and said, “I don’t need 400, all I need is four: I hope he fails.” Well, they rejected it because that wouldn’t be an op-ed. That’s a letter to the editor. Anyway, so I told the story and that’s where it all started.

But Smokey, it’s not that I’m trying to correct you, I just want you to know, I didn’t underestimate. I couldn’t specifically predict Bergdahl, for example, which is one of the instances you cite, but I have not been surprised by any of this. I have been devastated. I’ve been disappointed. I’ve been saddened. But more so because what Obama has done has so little surprised me. I have been more disappointed and saddened by watching the American people not get it. I cannot tell you how frustrating that has been.

CALLER: Rush, I have to say, this video, if people watch the video, it’s a low that I cannot believe. I was shocked. And believe me, I have no faith in Planned Parenthood.

CALLER: But it was horrible. It was Naziesque. I mean, for them to ever refer to the right wing as Nazis from now on, I mean, that video stopped me dead in my tracks.

They want us to shut up about this stuff because they are vulnerable on it. So they come out and they warn us, “You know, you guys better drop this. Look at how it’s hurting.” And then our numskull moderates read this stuff in the New York Times and then they call me and say, “You better stop talking about the social issues, you’re killing us, the social issues are killing the party.”

“The New York Times says so.”

“Yes.” So that’s how this stuff builds.

CALLER: Yeah. Rush, an election is being served on a platter to the Republicans. 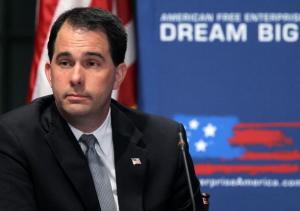 Snerdley’s asking me how I think the tech bloggers would react. That’s not hard. They won’t be moved by it at all. This is the thing. I warned everybody before I began this that if you expect this to be a mind-changer or a game-changer, it isn’t gonna be. That’s not how the left works. When something happens that really exposes them and really raises their vulnerability levels, what do they do? They double down on the attacks of those making the news, the information public. They try to discredit it. They attack and impugn those who — like I tell you, read the comments of this story that’s posted at lifenews.com, there’s any number of places you can go.

Just find a version of this story that’s not AP. Find a version of this story that thinks what happened is horrible and then look at the comments. You will find a bunch of anger pro-choicers who either don’t believe it, that the video was doctored, edited, and made up, it’s not real, it’s a cheap trick. Some people are gonna be moved by it. I don’t mean to say that it’s not gonna have any impact at all, but it’s not gonna have the impact it should, for a host of reasons. Which, you know, I don’t want to get into them because all that does is just add to the confidence of the left. So just leave it for what it is.