The Iran Deal Is Worse Than We Thought

RUSH: It’s even worse than we thought, the deal with Iran. If possible, it’s even worse than we thought! (interruption) What do you mean, “How can it be worse?” Try this: “Iran Bans US Inspectors From All Nuclear Sites.” There’s no 24 days. There’s no nothing. We do not and cannot get inspectors into Iran. How many of you people are aware that thanks to the New START Treaty… Strategic Arms Reduction Talks. That’s what START stands for. There’s a New START Treaty Obama signed with the Russians in 2009.

So Russian inspectors get into the US 18 times a year, at will, with our cooperation, but we have been banned from inspecting Iran nuclear sites. That’s just tip of the iceberg. It’s even worse than you thought.

CALLER: Well, Rush, I’m glad to talk to you. Mr. Snerdley is precious. When I told him I was a Jewish Republican, he said, “You’re going on first.”

CALLER: So, as a matter of fact, I called you years ago when Clinton was in.

CALLER: I said, “I’m a Jewish Republican.” You said, “I didn’t know there were any,” and I said, “Well, now you know there’s one,” and that’s when Sidney Blumenthal was going… You know what, Rush? We could talk for six hours and not get all of it in.

RUSH: I bet we could talk for six hours and I wouldn’t say much.

CALLER: (laughing) Well, I’m trying to get it in! Okay, here’s how the day started. Kerry. I wake up in the morning to watch the news to be sure we’re still alive. John Kerry, did you hear him, by any chance? Aggravating.

RUSH: Yes, I did, but to which are you specifically referring?

CALLER: Okay, John Kerry this morning was speaking about how wonderful it is that he accomplished this Iran situation. Okay, and he had the nerve, Rush, and you will remember this, maybe some of the younger people won’t, he had the nerve to talk about when he came back from Vietnam.

CALLER: I’m not kidding you!

RUSH: See? (laughing) That’s why I make a joke of John Kerry “who, by the way, served in Vietnam,” ’cause he always tells us!

CALLER: I know! He said, “I promised myself if there had anything I would do, I would never let there be another war.” That’s how I woke up. Then we see Pelosi. Remember what she said about Obamacare? “We have to pass it to know what’s in it,” and she is there holding some papers, and she apparently read this all within an hour and a half, the Iran thing.

CALLER: And then now I’m watching Earnest, Josh Earnest in the press conference —

CALLER: — and he is talking about all the countries who had no problem with this. It’s only Israel. You know that? He said Saudi Arabia and Britain signed on, and France and Italy. Well, you know, they are not being told by Iran, “Death to Italy! Death to France!”

RUSH: Yes, they are. Everybody is. Iran’s targeting everybody. The Saudis have not signed on. That’s not true. Now, the Saudis may be publicly saying whatever, but they’re — the Saudis have formed an accord with the Israelis. This is going to spawn a nuclear arms race in the Middle East. The Saudis are huge enemies of the Iranians. They’re not buds. They’re not friends. This is Sunni versus Shi’ite, and I’m telling you: It’s big.

But the Saudis are not on board! They’re not on board with the French. Look, everybody’s scared to death! Everybody’s sucking up, including our State Department. Now, what I have here about John Kerry is an AP story in which Kerry says that there was not one meeting that took place during all of these nuclear talks in which the US did not raise the issue of four Americans still held captive by Tehran. Well, now, wait a minute.

In a press conference earlier this week Obama told us we couldn’t tie these four hostages to this deal because then the Iranians would realize that they could get even more concessions from us. Remember that? So Obama’s out there saying, “We didn’t bring these guys up! It’s a separate thing going on.” Here’s Kerry saying, “There wasn’t a day that went by, there wasn’t a negotiating session that didn’t happen without me bringing up these four guys.” They’re lying through their teeth!

The left hand doesn’t know what the right hand is doing! All of this is a hodgepodge mismirage. It’s just gobbledygook. “Kerry stressed that the issue,” the four American hostages, “was even discussed during his final meeting with his Iranian counterpart Mohammad Javad Zarif…” I mean, how about Kerry’s portrayal of the last meeting, that they ended up crying together? (sniffling) At that moment they realized the monumental achievement they had both participated in!

And don’t forget the sound bite we just played from back in March where Obama, wishing the Iranian people in a video greeting, happy Nowruz Mubarak, says that Ayatollah Khamenei has issued a fatwa against nuclear weapons in Iran, that there will never be any, which of course, then why do a deal? And here’s Kerry with whatever he’s mumbling about.

And then there’s this from the New York Times. Ready for this? “More than 100 former American ambassadors wrote to President Obama on Thursday praising the nuclear deal reached with Iran this week as a ‘landmark agreement’ that could be effective in halting TehranÂ’s development of a nuclear weapon.” Wait, wait, wait, wait, wait. Obama in March said that the Ayatollah Khamenei told him that he’s got a fatwa against nuclear weapons. Iran, he said, there is not gonna be any nuclear weapons.

And now these diplomats, a hundred eggheads, 100 duped eggheads just like the pro-global warming hoaxers. I guess we have a consensus here, don’t we? I guess it’s settled. Yes! We have a hundred diplomats praising the deal, just like in the case of man-made global warming. So I guess the Iran deal’s now settled science, a hundred experts have told us so. That’s right. And now they’re urging Congress to support it.

“‘If properly implemented, this comprehensive and rigorously negotiated agreement can be an effective instrument in arresting IranÂ’s nuclear program and preventing the spread of nuclear weapons in the volatile and vitally important region of the Middle East,’ said the letter, whose signers include diplomats named by presidents of both parties. They wrote that they recognized the deal ‘is not a perfect or risk-free settlement of this problem. However,’ they added, ‘we believe that without it, the risks to the security of the United States and our friends and allies would be far greater.'” 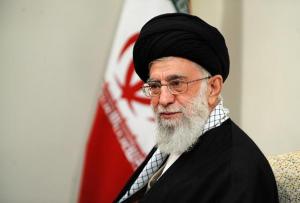 How so? The Iranians swear they’re not pursuing nuclear weapons. Even without the fatwa from the Ayatollah Khamenei, they say they’re not pursuing nuclear weapons. And nobody can find that fatwa, I just want to remind with you, everybody’s looked and looked and looked for this fatwa from Khamenei, and nobody can find it. Just amazing. It just is. So these former diplomats are praising the deal. Without it we’d be up the creek without a paddle while at the same time we’re being told that there’s a fatwa against this stuff.

Elliott Abrams did not sign onto this. “Elliott Abrams, a former White House National Security Council director under George W. Bush, criticized the administration for consenting to Iranian demands. ‘ItÂ’s ironic that after Wendy Sherman told us about how Kerry and Zarif had tears in their eyes thinking about all they had accomplished together, we learn that the Islamic Republic wonÂ’t allow one single American inspector,’ Abrams said, referring to John Kerry and Javad Zarif, IranÂ’s foreign minister. ‘No member of the P5+1 [negotiating team] should be barred, and this is another example of how badly the administration negotiated.'”

“Iran Bans US Inspectors from All Nuclear Sites.” That’s the headline from the Washington Free Beacon and these other places today. Not only is there no anytime, anywhere verification, we were told that if we wanted to inspect a process requiring 24 days kicks in and at the end of the 24 days it’s still up to the Iranians. It turns out, folks, that our inspections have been banned, for good, forever. Meanwhile, Russian inspectors come to the United States 18 times a year to look at our nuclear arsenal. It’s in the latest START agreement that Obama negotiated in 2009. I’m actually sitting here and I’m asking myself, “Am I dreaming or am I actually conscious and awake and doing this show today?”