Brady, Kraft and Crying in Baseball

RUSH: We’ve got a guy on the phone. I’m not going to have a chance to get to him. He’s George in Charleston, South Carolina. He’s got a great point. People are complaining because a guy shoots a lion, and then baseball players are crying because they’ve been traded. He says, “No wonder women need Viagra,” and I heard a bunch of women describing the guys crying, the baseball players, and three or four that I saw discussing it thought it was really nice that he had (imitating), “bonded so strongly to his career that he would cry when faced with the possibility of being denied the chance to play.”

Which takes us to Tom Brady. Jerry Jones is the owner, general manager, the grand poobah of the Dallas Cowboys. They’re doing their training in Oxnard, California, because it’s too hot down there in Dallas. Jerry Jones had a press conference and talked about the situation with Brady and the Patriots.

JONES: Let me really emphasize how much I endorse our commissioner and how strongly that I feel about the job that he’s doing. He’s got, obviously, a very tough job. Now, I see some people doing that. It’s that old violin that’s not feeling too sorry for him because that’s why you’re paid the big bucks is to deal with the big problems. But he’s doing an outstanding job.

RUSH: That’s incredible. It’s interesting the owners that support Goodell in upholding the four-game suspension of Brady. I don’t think people… Maybe they’re getting the idea that the NFL is not the same league it was back in the Al Davis days with Pete Rozelle. And you had these renegade owners, to whom owning the team was a secondary or tertiary thing. They all had other things they did, and the team was sort of like a hobby. Now, the team is everything to the people that own it. And it is cutthroat. And it is vicious.

It may be a fraternity, but I’m telling you they are out for blood in this league, not just on the field. And here’s a sports writer last night on Charlie Rose. This is Ken Belson, New York Times, talking about Bob Kraft, Robert Kraft, and his remarks about Goodell upholding the Brady suspension. Charlie Rose said, “Now, Kraft’s press conference — that’s very strong language he used. He was said to have great love and affection for the league and for the commissioner, and it doesn’t sound like he has that anymore.” 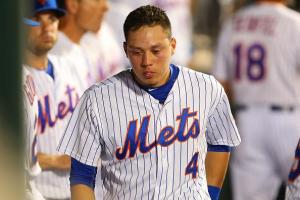 BELSON: Yes, and he had gone through his own sort of venting back around the time of the Super Bowl, holding a very unusual press conference where he called the league out for leaking information. Then he fell on his sword after they were fined a million dollars and said, “I won’t pursue it any further.” And now the decision on Tom Brady has come down, and he’s once again back front and center criticizing the league. That’s very unusual. We haven’t seen the likes of this perhaps since Al Davis when he ran the Oakland Raiders.

RUSH: Yeah, but, you know, back in the day Gene Klein owned the San Diego Chargers, and he wore T-shirts and lived at the horse track. It was a secondary thing to him. It’s a far different climate today. There’s much more money — much more money — in the NFL. But this is brutal stuff.

Now, one thing here before we go, you’ve got to hear this. Gayle King and Norah O’Donnell on CBS This Morning talking about the baseball player, Wilmer Flores, New York Mets, started crying on the field after thinking he had been traded.

O’DONNELL: The 23-year-old has been with the Mets organization since signing his first contract in 2007 at the age of 16. But Flores later learned the trade with the Brewers fell through and for now he’s still a Met. There’s nothing wrong with crying!

RUSH: Oh, my Lord. “Don’t tease him in the locker room!” Gayle, you just guaranteed it. Although you know what? I don’t know anymore. I should tell you stories about major league locker rooms. Teasing? You wouldn’t believe it. It’s merciless, and everybody gets it, including the grunts like me. Everybody gets it, and nobody ever cried. I don’t… It’s a good thing this show is ending right here.