RUSH: I’m going to get something out of the way here before we get back into the serious stuff. There’s a piece in the New York Post ripping summer TV shows. They ripped… The big one they rip is True Detective on HBO. Look, when this starts happening I get worried, because there are TV shows out there that I love, and I don’t want these critics getting them killed. So, I’m going to stand up for some TV shows that air in the summertime here that I really love to try to counter these published TV critics.

I love Major Crimes. Have you ever seen Major Crimes? It’s the spin-off of The Closer. I love that. It is one of the funniest, greatest crime mystery shows out there. It’s not deep. It’s just great. Ray Donovan. If you think your family is hopeless and beyond help, you need to watch this show, and you will be renewed in how solid your family really is. You’ll be grateful for your family if you watch Ray Donovan. It’s sick. It’s perverted. It is just… It’s rank. But you can’t stop watching it.

Murder in the First, which is on Monday nights after Major Crimes. Great, great… Well, to me it’s great. I don’t want to go overboard saying great, great, great. But these are shows that… Graceland on Thursday. Do you watch this? It’s about an FBI agent, two FBI agents — DEA, Customs. They all live in one house on the beach in LA, and they do their cases out of this house. It’s fascinating. It’s good.

Suits. I love Suits on Wednesday nights on USA. And I hope nothing happens to these shows, because the TV critics are starting to go bonkers here on what a rotten summer this is just because they don’t like this season’s True Detective.

RUSH: Look, I started thinking, I left out a couple of TV shows, and I don’t want to leave them out. The Last Ship. One of our good friends, Adam Baldwin, stars in that along with Eric Dane, and it’s on Sunday nights at 9 o’clock, the same time True Detective is on, same time as Ray Donovan. So I have to TiVo it or however you watch these days. And there’s another show called Complications. There’s so many good shows out there. 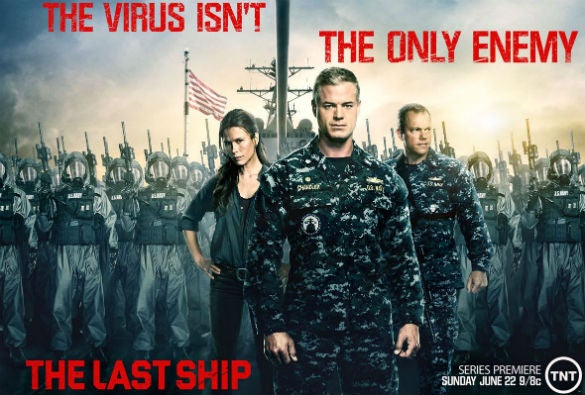 I’m getting selfish here because when these TV critics start going nuts about how they’re bored by whatever’s on TV this summer. It runs the risk that producers of these shows read these critics and say, “Oh my God, our show is not doing that well!” I’m just trying to stand up for my shows right here. So it’s Ray Donovan, Murder in the First, Major Crimes — which, I just love that show. G.W. Bailey, everybody on the show. Graceland. The Last Ship. Complications. Suits.

I just hope nothing happens to them unless they end of their own free will after their run.