RUSH: Look, I have not meant to relegate this to the last portion of the program, but I do want to mention this, because the headlines are all over the place. Washington Post: “Hillary Clinton Scandal Deepens,” and at the New York Post: “FBI Investigation of Hillary’s E-mails Is a ‘Criminal Probe.'” All of this dovetails with the New York Times’ original reporting which the Clintons then dumped all over and got them to retract.

Remember, the original reporting was that two inspectors general wanted to investigate Hillary’s e-mails and the server and all that, and the Clintons said, “Wait a minute!” And they withdrew it, and somebody said it wasn’t true. There wasn’t an investigation, it’s a false leak, and the New York Times ran the correction. But it turns out that it was true, and it’s even deeper than we originally thought, but there’s a big flaw going on here.

“The FBI investigation into former Secretary of State Hillary Rodham ClintonÂ’s unsecured email account is not just a fact-finding venture — it’s a criminal probe… The feds are investigating to what extent Clinton relied on her home server and other private devices to send and store classified documents, according to a federal source with knowledge of the inquiry.” Do you remember Sandy Burglar? Remember him? He was a Clinton crony.

Sandy Burglar walked in to the National Archives walked out with a bunch of stolen documents in his socks! Snerdley, did he get jail time for this? I don’t know if he got jail time. He was charged. He got some severe punishment for this. Remember he put these stolen documents stuffed in his socks, and then when at the office learned that this has happened, the Clintons, “Ah, that’s just Sandy! You should have seen his desk when he was national security advisor.

“My God, you couldn’t see anything in there. That’s just Sandy. He’s disorganized.” Really? He walked out of the White House with secure documents in his socks? He had gone in there to secure something for Hillary or somebody leading up to a… I forget what it was. I think it was a debate. Anyway, the point is that he paid a huge price. It was a criminal probe, and he had many more than four or five classified documents from the National Archives in his possession.

And then there’s General Petraeus, who was drummed out of the military for sharing classified data with the woman that was his mistress. Now, they may be investigating Hillary, but there’s a big problem. They haven’t seized that server. It was said to me earlier today that the analogy to this would be you catch a guy who robbed the bank, but you let him keep the money while you investigate. You know he did it, he’s got the money, and you let him keep it while you investigate what he did.

Here’s the same thing. They haven’t seized that server. If they’re serious about this — which I don’t believe they are. Look, there’s another school of thought, though, that says that the Clintons and the Obamas are not close, that there really is a lot of enmity there, and that this investigation that is being conducted into Hillary and her e-mail server is coming from the executive branch, which would be Obama. 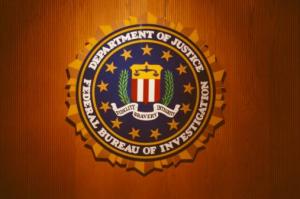 And the timing of this is such it could not be worse in terms of harming her presidential campaign here in the primary period and all that. So there are people who think that Obama’s doing this on purpose. The problem is, other people say, “There’s no way the Democrats are gonna take each other out like this, especially if it’s gonna benefit Republicans. There’s just no way!” Arguing in favor of that is they have not demanded that server from her.

I mean, she’s been allowed to go over 60,000 e-mails and pick the ones that she says they can have. She’s kept over half of those e-mails on her server, claiming they’re about yoga and Chelsea’s wedding and other personal stuff that has nothing to do with the job she was doing as secretary of state. That shouldn’t matter at all! If they are serious, they need to seize that server of hers and go through it because the longer she has it…

She’s had it enough time now to do whatever damage to it or make whatever alterations to it. But it’s just crazy that they have not subpoenaed and demanded that server. That’s what makes me think they’re not serious about it, and I do have a tough time believing that a Democrat administration is actually serious about making Hillary Clinton a criminal. Because if she’s made a criminal, and if this gets serious, she can be denied a security clearance.

And if you don’t have a security clearance, you cannot be president. She would be disqualified on that basis alone. Sandy Berger got community service, probation, $50,000 fine. He was taking highly classified 9/11 documents during that commission time from the National Archives, and he destroyed some of them. That’s right. But the offenses did carry jail time (he just didn’t get it), and so does what Hillary has alleged here to have done. The penalty carries jail time.