RUSH: We spent some time on Trump, the polling data coming out of the Iowa, and the fact that three pretty big fundraisers have left the Jeb Bush campaign. I mentioned that sort of in passing in the first hour. Maybe just a little bit more detail. “Three top Jeb Bush fundraisers abruptly [quit] on Friday, amid internal personality conflicts and questions about the strength of his candidacy…”

Now, you might recall there was a story at TheHill.com last week, and the headline of the story was, “No Panic in Bush Fundraisers — Yet.” To which I said, “Well, then why are you doing the story? There must be panic, otherwise you wouldn’t be doing a story saying there isn’t any.” And then we got the next story, which is these three fundraisers have left the Bush campaign. Now, that is… It’s big. I don’t know how big it is, but remember the entire Bush team strategy.

Well, and the money was the route. Getting all the money freezes everybody out, and they dropped by the wayside, in addition to being so many conservative candidates split the primary vote. Jeb is the by-default winner. Even if people are not voting for him, the anti-Bush votes are being divvied up so many ways that it loses. And that, combined with the money, was gonna secure his nomination. The money started flittering away. And believe me, big donors don’t like to see 5% in the polls.

They don’t like to see their money going to the guy at 5% no matter who is telling them what the strategy is and no matter who’s telling them, “Bide your time. This is all part of the strategy. We’re gonna sit here unnoticed at 5% and we’re gonna zoom to the lead once everybody starts dropping. We need your money to pull this off.” But it’s tough to keep ponying up for 5%, when the action is clearly with newcomers, so-called outsiders. And one other thing, too. We’ve discussed the utter… 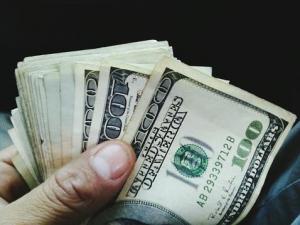 I think it’s ridiculous, the futility of Republican Party thinking that they can only win the presidency by attracting Hispanic votes. If Romney… Just to review this. Based on returns, based on the votes in 2012, if Romney had gotten 70% of the Hispanic vote he would have still lost, folks. And they’re not gonna get 70% of the Hispanic vote. Nobody ever has on the Republican side. And it’s not gonna happen. It’s not the route. And by the way, the independents are not independents. Somebody has just established this.

Some polling unit has just established the independents are not independents. They are opinionated, like we’ve always told you. Many of them have become disaffected Republicans. A lot of them are conservatives fed up with the Republican Party. Prior to that phenomenon happening, they were mostly liberals that didn’t want to admit it. And the moderates are even worse bunch. These are phony baloney, plastic banana, good-time rock ‘n’ rollers from the get-go, and the reason is moderates and independents have been told the election fingers on them every four years.

“Yeah, they’re the great undecided, and that’s where everybody campaigns, so they’re — and they’re also smarter than everybody else. Their minds are not made up! Their minds are not closed. They’re open to all the issues, and they make up their minds based on blah, blah, blah, blah, blah.” It’s a crock. There aren’t any so-called, really-I-don’t-give-a-rat’s-rear-end-until-I-hear-what-I-want-to-hear voters. Everybody has an opinion. The independents, it’s all a Democrat Party construct. Every bit of this is part of a giant trick that’s played on the Republican Party. You know why?

It’s to get them campaigning for 20% of the vote instead of 100% of the vote. That’s the whole deal. The theory is the Democrats are gonna get their base 40%. Republicans are gonna get their base 40%. The election’s decided the 20% independent undecided. So the Republicans buy into that, and they start running campaigns aimed at the 20%. Who’s in there? Well, African-Americans, disaffected feminazis, Hispanics, Latinos.

And they end up losing because they don’t run a campaign for the whole country; they run a campaign for this mythical 20% of the voting population. Stupid. Anyway, now, it’s been established that the independents are not who they really are. Now, that’s the Bush side of this, just to touch on it. We’ve talked about Trump and Carson in the Monmouth poll tied at 23%. The big news in Iowa over the weekend was Trump’s totally reversing his unfavorable and favorable numbers from May.

In May, he was 63% unfavorable. Pollsters are saying they’ve never seen anything like this. It’s unexplainable, never happened. Nobody can turn their image around that fast. It just isn’t possible. And the media also thinks especially without us, how does anybody do it? That’s what really bugs them is that Trump’s doing this all on his own, without them. That means they can’t break him, because they haven’t made him, which will make them hate him even more.