RUSH: What do we get from the White House? “The White House is reaching out to the transgender community for a list of things that its members want as they follow their lifestyle choices.”

Well, it’s obvious here, ladies and gentlemen, this White House has their priorities in order. “The initiative was launched with the help of White House Chief Data Scientist DJ Patil, who expressed concern that there is very little data of what the transgender community needs from the government.” Why does the transgender community need anything from the government? I mean, why does anybody need — I mean, like this, places to pee?

“Patil helped launched the initiative in order to quantify the desires from the transgender community so that the federal government could reach out with assistance.” Now, you have to ask yourself something. What percentage of the population is transgender? Anybody want to take a wild guess, just a stab in the dark at this? I think it is so small you can’t even assign it a number. You can’t even assign it one-tenth of 1%, it’s that tiny. So what’s going on here? I mean, if you’re gonna reach out to the transgender community — oh, speaking of which, the Drive-Bys are fit to be tied over the pope meeting with Kim Davis.

I told you this was gonna happen. It has happened. And the Vatican, the story from the Vatican is that they’re not denying it. Not that they’re confirming it, but they’re not denying it. Why would the Vatican have problems admitting that they met with somebody to discuss religious freedom? Okay, so in the same vein here, whatever the percentage of the country that’s transgender is, what in the name of Sam Hill’s going on? If you want to do something for the transgender community, do it, but why make a big hullabaloo press release, something that engenders an entire news story about it? What could you possibly be hoping to achieve? I mean, there’s an answer to this.

I have the answer to every question I ask for the most part. I’m just throwing it out there to kind of share with you my train of thought on this. (interruption) Well, yeah, it’s more than inventing a crisis, though. (interruption) Legacy points, yeah, inventing a crisis. It’s legacy points. Obama wants to be the first president to ever to focus on transgenders and where they can urinate and defecate. I mean, that’s what we’re talking about here. Asking them, “Where do you people want to urinate and defecate? Your government’s here to help.”

This is from an actual tweet. It’s an announcement of this historic outreach posted on Twitter. “The transneeds project grew out of the 2015 White House LGBTQ tech summit as well as conversations with federal officials on just how little data there is about the transgender community and its needs.” Why do you think there’s so little data? There’s so few of them. Anyway, moving on. “The project’s current focus is a needs assessment and a listening campaign to understand how the federal government can better serve the transgender community and aims to provide the White House with recommendations as well as directions for further study. How can the federal government better serve transgender people? Discrimination, health, justice, documents, education, employment. ‘Speak your needs #transneeds, and we are here to help.’ The next message from the account reads, ‘Jobs, healthcare, housing, a safe place to pee. It’s your time to be heard. Share your #transneeds,’ reads a message on the Twitter account calling for everybody to weigh in.”

This is from a growing list of things we once would have made up to illustrate absurdity by being absurd. This is something we used to make up and laugh and joke about, and now here it has become a reality. You might say, “Come on, Rush, this stuff happens all the time. Why are you spending so much time on it?” There’s a reason for this, and it goes back to the question, “Why in the world, even if you’re gonna have this transgender outreach, why ballyhoo it like this?”

Look, can I give you the real answer? It is indeed about crisis invention, and it’s about legacy, but it’s in your face, is what this is. This is Obama himself basically flipping the bird to middle America and to flyover country and the bitter clingers. This is Obama basically just getting in everybody’s face and saying, “Screw you.” This is exactly what this is. This is as in your face as anything else that this man has done and his administration. No question about it.

Now, another companion story here from Breitbart. Headline: “Video of Mom Giving First Hormone Shot to Transgender Teen Goes Viral — The video of a mother giving her young teenager the first doses of hormones needed to continue a transgender transformation has gone viral. The video, first posted to YouTube, explained that the teen had been waiting 2-1/2 years for doctors to approve the hormone treatments, and had been waiting months for a ‘readiness letter’ to be sent to doctors in Chicago.”

This boy is now 14. They have been trying to transgender this kid for two-and-a-half years. That is to say, since he was only 11-and-a-half, they have been trying, his mother has been trying to transgender him. “The mother went on to note that the teen ‘had no idea on a timeline of when it would actually happen.’ Mom picked up the hormone medicine when the teen was at school, and sprang the news later that evening, while recording the teenÂ’s reactions.

“‘Sorry, I had to stop recording because we were both blubbering, sobbing fools,’ the mother wrote. The video was picked up by Buzzfeed and soon went viral, gaining over 2 million views in only three days. The mo[ther] told BuzzFeed that the incident was ‘the most pivotal turning point in [the child’s] life, and we both knew it.’ She also said that if there is any negative backlash, it would be worth it to help even one child.” Folks, the world has gone mad. It is official. So what do you think happened here?

I don’t know specifically in this case, but take a look at social media and all of media, and there’s one thing that has… Well, there’s more than one. Something has become patently obvious over recent years, and that is this singular quest for fame that everybody in this country has. Particularly young people. Particularly teenagers, preteens, on into late teenager and the early twenties, they’re obsessed with becoming famous. They visit the social websites, and they vomit everything about themselves. They want everybody to know who they are.

They want to have followers; they want fame. They think life is what they see on Entertainment Tonight, the red carpet. And the parties on the yachts in the Mediterranean or whenever they take place. And most recently, what has been big in the news? Caitlyn Jenner. Caitlyn Jenner and the whole process of transgender. And how has it been portrayed? With applause, accolades. If you’re somebody out there that desperately seeks fame, and we have a copycat society, who’s to know?

Some mother out there watching all this? “Hey, you know what? My kid could get famous! All I’ve gotta do is turn him into a transgender or what have you.” Anything like this could happen. This is the danger of this kind of stuff with media as omnipresent as it is. But even at all that, still the White House is now promoting Safe Place to Pee campaign for the transgender community. What does that even mean? Are regular restrooms not safe? I can’t believe we’re even discussing this. 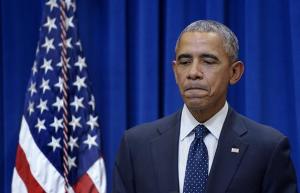 And then here’s one more story that may dovetail with this. UK Mirror: “Advanced Aliens Could ‘Conquer and Colonise’ Our Planet, Warns Stephen Hawking,” the brilliant physicist. “‘If aliens visit us, the outcome could be much like when Columbus landed in America, which didn’t turn out well for the Native Americans,’ Professor Hawking told El Pais.” Are you kidding me? This guy is reputed to be one of the smartest people ever to have lived. He’s a Brit, and he’s sitting there warning that aliens visiting us from outer space would be akin to the discovery of America by Columbus. “‘Such advanced aliens would perhaps become nomads, looking to conquer and colonize whatever planets they can reach,’ he said.”

Based on the news just so far today, I’m convinced the aliens are already here, folks.

RUSH: So I’m sitting here thinking, the White House, as we speak, is engaged in a new outreach campaign for transgenders on where to pee. They’re asking transgenders, you know, whatever you need, list your needs and we here at the White House, we in the government will help you. And one was where to pee. If they come up with an answer to this, is there going to be a sign? You know, you run into the men’s room, ladies’ room, there’s a sign. What’s the transgender restroom sign? Does anybody know? What is it? Anybody have any idea? (interruption) A family sign? Oh, it’s a family? It’s a family sign? Oh, is that right? I had no idea.

RUSH: Here’s Peter in Houston. Peter, great to have you on the program, sir. Hi.

CALLER: The reason Obama is talking about a Safe Pace to Pee for the LGBT community is because seemingly out of nowhere… It’s all about timing, okay? In about a month from now, Houston is gonna have a highly publicized ordinance on the ballot. It’s called the HERO Ordinance. I’m sure you’ve heard of it, the Houston Equal Rights Ordinance.

CALLER: It’s basically a safety issue because it allows men to go into women’s bedrooms if they feel like a woman, and the police can’t do anything to stop no matter how the women feel threatened.

RUSH: Look, I’m glad you called and mentioned this. Because if I had mentioned this on my own as one of the real secret things going on here, I would have been lambasted and I would have distracted from the point. But you’ve called and made it and it’s clear that that’s one of the… Oh, what’s the word? For the people who trying to promote this and believe in this, it’s a golden opportunity for people you just described. Now, in Houston, is the mayor pro-transgender?

CALLER: (chuckles) The mayor is now a transgender. 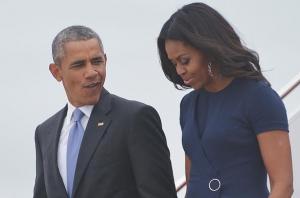 RUSH: The mayor is transgendered? Right. So that’s why all this is on the ballot and being discussed.

RUSH: What do you think, the White House is tying into that with his seminar here on asking transgenders where they want to go pee? It’s related to what’s going on in Houston?

CALLER: Well, it’s also her final term as mayor, so I think that there’s a lot of outrage and they’re afraid that a Republican may actually get elected this time around. (chuckles)

RUSH: Now, you have to forgive me for asking. Is the mayor a current she and former he or vice-versa?

CALLER: No, she’s a lesbian. She’s got a girlfriend, I think.

CALLER: I mean, LGB. (sic) What does it matter? It’s all the same thing.

RUSH: Ah, “What does it matter?” Actually, actually, there you go. That’s it in a nutshell. “Lesbian, gay, bi, transgendered, what difference does it make? We’re all the same. We are aggrieved, put-upon minority.” Yep, pretty much the case. Thank you, Peter. Glad you called.

RUSH: By the way, ladies and gentlemen, clarify the Houston mayor situation, I mistakenly asked if she was transgender. She’s not. She’s just a lesbian, and she’s pushing the transgender legislation or whatever it is. But I just wanted to correct myself in public here so that everybody knows I eventually got this right.