RUSH: This movie with Mary Mapes about Dan Rather and this National Guard business. You have Robert Redford as Rather. You have Cate Blanchett as Mary Mapes. This is what the left always does. Dan Rather and Mapes totally fake the story. They totally made up and forged documents, and they were caught red-handed. And what did they do? At the time, the other two leading anchors, ABC and NBC were Peter Jennings and Tom Brokaw, and they put together an awards banquet for Dan Rather. This was in weeks of all this happening, because they realized that what was going on with CBS and Rather, while that was good for them competitively at CBS and ABC, Rather was still one of the deans of Drive-By journalism and they couldn’t let him take a hit because they all take a hit. So they had to circle the wagons and prop Rather up and I don’t know what the award was for. I don’t remember. Not the point.

The point is they had this big banquet where they gave Rather some award, great journalist, greatest of all time or some such thing as that. And it was meant to blunt what had actually happened. That’s what this movie is. This movie is an attempt to revise history for demographic groups, younger people who may not know the story but this is classic of what the left does. It is like HBO is in the process of making a movie about the Clarence Thomas-Anita Hill hearings for people who have no knowledge of that, young people. They never, ever let this stuff go. And they never leave it up to public opinion to be decided when they have so much control over so many elements of the media.

It turns out — I don’t understand this, folks. I am mentioned a number of times in Mary Mapes’ biography, which is what this book is based on, her biography. The movie is based on her biography. I mentioned in it six times and I’m ripped to shreds. She says she’s driving along, listening to me talking about her dad, her dad criticizing her as almost a commie babe liberal and so forth. Now she’s getting mad about that. Six times I’m mentioned in her biography.

RUSH: I mentioned at the top of the program that Mary Mapes and Dan Rather and that whole episode with the forged documents and the phony story about George Bush and the National Guard, there’s a movie that has been made that tries to say Dan Rather got railroaded. That he and Mary Mapes are right on the money, that the story was accurate and that CBS fell in with big corporate interests, decided it was better to be in bed with the president of the United States than to support their own anchor, i.e., Dan Rather. So they found somebody to go out and make a movie of this. Even CBS has come out and denounced the movie as a bunch of fiction, which it is.

But they convinced Robert Redford and Cate Blanchett to star in this thing, which is history revisionism. And it’s actually based on Mary Mapes’ biography. Mary Mapes fell in with this guy named Bill Burkett, a genuine Looney Toon. Bill Burkett claimed that he had memos, signed memos and all kinds of paperwork from the commanding officer of the National Guard when Bush was there, claiming that Bush never showed up, that Bush never made an appearance, Bush didn’t fly, did it only to get out of serving in Vietnam. And so Rather and Mapes put this story on 60 Minutes, they ran with it, and it turned out the people at Power Line, the guys over at the Power Line blog totally exposed the documents as 100 percent forgeries.

There was a giant investigation, CBS found out about it and summarily canned Dan Rather and Mary Mapes. So Mary Mapes writes her biography about this in an attempt to hold on to her reputation. Somehow I end up in this biography six times. Minor references. But last Thursday in New York, the New York Times hosted a Times Talk conversation with the actress Cate Blanchett, the actor Robert Redford, Dan Rather, and Mary Mapes to discuss the new movie, Truth, about this scandal that happened in 2004.

Susan Dominus is the moderator. She said, “Mary, when you watch the movie starring Cate Blanchett as you, did you immediately to know it had to be a lie?” No, I made that up, folks. She didn’t actually say that. But if I were Mary Mapes and they had Cate Blanchett play me, I would know they’re lying. Anyway, that’s just an aside. Here’s the real question from Susan Dominus. “Mary, when you watched the movie, was there anything that either made you cringe personally, like that was painful to relive that, that moment, or obviously there were some very intimate emotional scenes involving, you know, your — well, maybe you can talk a little bit about your family life that, you know, Cate portrays in the movie, like, you know, the scene with your father.”

MAPES: One of the sort of subtexts in the movie is this cascading series of events that where everything is just raining down and every time I turned around or Dan turned around there was something new and newly hideous happening to us. I have an estranged father, and we have not had contact for many years, but a right-wing radio show got in touch with my father and talked to him about his relationship with me, and then suddenly I’m driving down the road and there’s my father on Rush Limbaugh talking about me, about how I always had a radical feminist agenda, you know, “(bleep), you haven’t talked me for 15 years, how do you even know that –” but that was the level of personal attack and personal pain.

RUSH: I don’t know, Mary. Maybe it was a wild guess that you had a radical feminist agenda, given that you do. Well, anyway, she’s running all over saying that her dad was on this show. I mean, she’s driving around the road listening to Rush Limbaugh, and “there’s my father on Rush Limbaugh talking about me.” We went back over the weekend, we went back and we searched the archives. You know, every word I have ever uttered has been preserved at the archives of RushLimbaugh.com. Not every word is searchable yet, ’cause we hold some of it back, obviously. Every word that I have uttered is there.

So we began an exhaustive and extensive search on what in the world was she talking about, ’cause I don’t remember her dad being on this show. Do you remember her dad being on this show in 2004? No, he didn’t call in. That’s not what happened. This is all I ever said about it. And, in fact, this was at 1:55 p.m. on September 21st, 2004, the last 20 seconds, last 30 seconds before the break, I’m heading into the top-of-the-hour break, and this is what I said. This is what she claims driving around listening on the radio, this is what she heard.

RUSH ARCHIVE: All right, that’s it for the second hour of the EIB Network. One hour to go. We’ll get back to the latest with CBS and Dan Rather, Mary Mapes. Did you hear what her father said about her on the radio yesterday? That she’s gone crazy with liberalism and that she got into journalism to advance a radical feminist agenda. Her father’s in Seattle, 70-some-odd years old. Her stepmother said he shouldn’t speak of her that way. We’ll be back in just a second.

RUSH: That was it. That was it. So she apparently heard that, but she thinks that her father appeared on the program. Now, her father was on the radio somewhere, which is what I heard about, and I think I know where her father was. I think her father was on with John Carlson out in Seattle. I think that’s who found her father, is John Carlson. And that would have been — well, it was 2004. And I heard about that. That’s what I was referencing here. But she’s driving around listening to the Rush Limbaugh program and imagines hearing her father. You know, these liberals can’t take people saying things about them they think are untrue.

Here’s a woman who has engaged in a total fabricated, made-up story about George W. Bush. She and Dan Rather have used and accepted forged documents from a genuinely questionably all-there figure, a guy named Bill Burkett. They have no problem doing a phony story containing forged documents, promulgating a lie that George W. Bush never went to the National Guard just to get out of service in Vietnam and never did his required service at the Guard. They’ve got no problem putting that story out, none whatsoever, lying through their teeth about it. 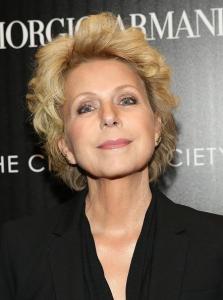 And then let her hear that her father describes her as — she about has a cow. These people literally cannot stand — either they can’t stand when people tell the truth about ’em, and they certainly don’t know how to deal with it when people make stuff up about ’em. But man, oh, man, do they know how to lie about people. They were trying to destroy Bush’s presidency. They were trying to affect the outcome of the 2004 election. This is September, folks. They’re trying to elect John Kerry here. And she’s on this New York Times show last Thursday whining and moaning about something that her dad said on this program, about her being some radical feminist. She can’t even take it. She has to whine and moan and complain about it. Then whine and moan and complain about getting caught using forged documents and telling lies.

RUSH: Say, Mike, I want you to grab that parody of Mapes. Actually, it’s Rather and Mapes trying to get Bill Burkett an appearance somewhere. Mapes is frustrated that Burkett keeps calling. We parodied this whole thing here, folks, and this parody puts this all in a nutshell for you.

RUSH: The “Joe” in that parody call is Joe Lockhart, who used to be a tight Clinton confidant, Democrat Party operative. He was running John Kerry’s campaign, and the whole Bush National Guard story. They’re gonna regret doing this movie because they’re gonna get creamed all over again. They think this movie is gonna rewrite history, but Mapes isn’t gonna sell a whole lot of books, and even if she does, she’s gonna become a laughingstock again because CBS isn’t gonna support ’em, obviously, and it’s beyond doubt.

It has been proven and established they forged documents, either Burkett did or they were working with Burkett. But, anyway, the parody was Mapes and Burkett trying to get hold of Joe Lockhart running the Kerry campaign because Burkett had the goods on Bush and the National Guard. It’s what the whole thing was about, was trying to elect Kerry and destroy George W. Bush.