CNBC Execs in the Tank for Hillary

RUSH: Folks, what did I tell you? Not that you needed to be told, by the way, so patently obvious. Here we go from Breitbart: “CNBC Debate Executive Worked in the Clinton White House for Al Gore.” What did I tell you? The very next day I said these are hit people. These are people from the Clinton campaign that ran that CNBC debate. No matter where you go in the media you’re gonna run into Clinton hacks. Stephanopoulos is over at ABC, they’re everywhere. They’re at CNN. Cuomo is over there at CNN. You’ve got people over at CNBC.

This guy, his name is Brian Steel, senior vice president of communications, CNBC, the second highest ranking network official at Wednesday night’s debate described by an insider as the “executive on hand” for the debate. He worked in the Bill Clinton White House as a domestic policy advisor to Algore. His White House gig was just one of three jobs he held in the Clinton administration.

RUSH: Not only that, but the wife — ready for this? — the wife of the CNBC debate executive who had three different jobs in the Clinton White House, is a Hillary Clinton donor. “The CNBC executive who oversaw the catastrophic Republican presidential debate in Colorado is married to a Hillary Clinton 2016 donor. Breitbart News reported that CNBC vice president of communications Brian Steel was the ‘executive on hand’ at Wednesday nightÂ’s debate … is married to Eileen Libutti, managing partner at New York CityÂ’s Lewis Johs Avallone Aviles LLP law firm. Libutti donated $2,700 to Hillary For America on June 23, just four months before the CNBC debate.”

Of course, this is not a surprise. I’m just confirming. These are not journalists in any way, shape, manner, or form. They’re hacks. They’re party hacks disguised as journalists or disguised as lawyers, disguised as think tank analysts and senior fellows and whatever the heck else. No shock, surprise whatsoever.

The icing on the cake was however they were answered, and even now when the Republicans object to it, the Drive-Bys are saying, “The Republicans are whining and they’re childish and they can’t take a little heat and they can’t take a little adversity.” They got exactly what they want, and they’re applauding themselves behind the scenes, wherever they go to congregate, whatever bar, restaurant, locations they visit, I guarantee you they’re all patting each other on the back for what happened at the CNBC debate.

“In response to the revelation that the RNC will be cut out of the process, RNC chief spokesman Sean Spicer — the partyÂ’s point man on handling debates until now — said the RNC stands ready to help the candidates in any way they can.” Now, Ben Carson’s campaign suggested that it all take place on social media. And I forget some of the other suggestions that some of the others, some things about greenrooms and some things about questions — I mean, if you’re gonna do a debate on the economy, make sure it’s all on the economy. Risky, risky territory when you start making agreements with people who are where they are to get Hillary Clinton elected president. And that’s who they’re talking about. I don’t care who they’re talking to at whatever network, they are talking to people who have open communications to the Clinton campaign and the Democrat Party in general. So we’ll see what comes of all that. The next debate’s soon, right? Ten days or so, something like that, on the Fox Business Network. So we’ll see how that plays out. 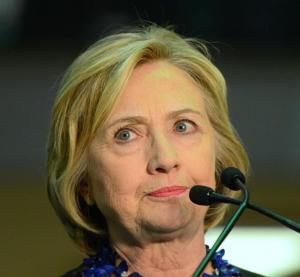 RUSH: Here’s Vivian in Chicago as we stick with the phones. Hey, Vivian, I’m glad you waited. Welcome to the program.

CALLER: Thank you, Rush. It’s such an honor to talk to you.

CALLER: So my comment is about your discussion this morning on the Clinton pack organizing the CNBC debate.

CALLER: Well, it just seems to me that those gotcha questions aren’t really designed for the candidate at that debate. They’re designed to trip up whoever the candidate is who debates Hillary Clinton.

CALLER: Well, that they’re gonna keep those questions handy and their answers and then whoever the candidate is who was in the CNBC debate, they’ll use something from that to try to make ’em stumble. Kind of like what they did to Romney with the question about —

RUSH: Oh. Oh. Oh. I see what you’re saying. Yes. Well, yeah, I think that’s a good point, that whenever we get to the actual presidential debates, these questions are gonna be repeated. The questions in the CNBC debate, whoever the Republican nominee is, the same type of the questions will be asked of the Republican nominee, “You have said of Mrs. Clinton that she lied about the use of the video. Don’t you think that’s a rather serious charge?” “Mrs. Clinton, your hair today looks absolutely stunning, is that a new wig?” would never be asked. The reference to how good her hair looks might happen, but the fact that it’s a wig would never be mentioned. It was the CIA that implored her not to blame the video. But Vivian’s point is that no way these people are embarrassed and ashamed of what they asked ’cause they’re gonna do it again when it comes time to have the Republican candidate versus Hillary debate.