RUSH: Now, even despite — even despite — not including the Trump tirade from last night, Trump still goes up, and there are things that happened. Like, a lot of people thought Trump was a nonentity in the debate, that he really wasn’t there.

He certainly wasn’t the fiery, dominating Trump that everybody’s gotten to know. And so some speculated that, “Well, maybe that means Trump’s getting bored or maybe just has less excitement in general.” It’s when I came in and reminded everybody, “Don’t judge it that way. Debates do not make candidate. A debate can break somebody. But a debate format, so many people on stage…” Trump is not where he is because of how he’s done in the debates, because, arguably, if all people knew about Trump was what he said in the debates, he probably wouldn’t be leading the pack.

It’s all these other things — his opening announcement, his campaign appearances — and this is not to disparage the debates. Just keep them in mind and give them proper weight when you analyze their role. There’s also the other adage that you can’t be hurt by what you don’t say. And it’s really true. You can be hurt by what you do say, but you can’t be hurt but what you don’t say. Unless… I can think of exceptions to that, but, as a general rule, with very few exceptions, that happens to be true.

So what explains Trump continuing to rise when it appears the excitement has waned or peaked or what have you? And I’m telling you what you think it is. I think it’s this immigration issue. I think the establishment and everybody in the media continues to miss this. Clearly the Republican establishment candidates miss it. The donors, of course, miss it. But I think in general most people analyzing this, either the professionals in the media, the professional political scientists, they know it’s a big issue. I don’t think they understand how deep it goes.

And I really don’t think they have the slightest idea and ability to understand it in the way Ted Cruz was talking about it. The pro-amnesty crowd is made up of a lot of different people with a lot of different interests. On the Republican donor side, you’ve got cheap labor. They may as well admit it. On the Democrat side, you’ve got future Democrat voters, voter registration, permanent underclass, more dependence, a way to grow government and so forth.

You’ve got all that. And then also on the left you have people who really think that by supporting amnesty and endless immigration, they’re showing how big their hearts are. “Oh, yes, it’s a compassion issue, see? And civil rights. These are all people of color! And some would say that they have been damaged in the past by the imperialism of the US, that we’ve stolen all of the goods and resources all over the planet. We’ve taken it for ourselves and we’ve left them with nothing in their homelands,” and blah, blah, blah.

“And so we owe them. They deserve to be paid back.” So that’s the compassion. And that’s the civil rights side. So here comes Cruz saying this isn’t about civil rights. This is about anything but economics. The American people are being creamed economically with this issue. The American people are seeing their wages stagnate, their jobs vanish, and it’s happening on purpose. And if you want to have compassion, if you want to call this a compassion issue, the compassion needs to be for the 94 million Americans who are not working.

And you cannot erase illegal immigration from that equation.

One other thing: You know, Trump’s making some inroads (or some noise, I should say) with his immigration proposal. And his immigration proposal involves humane deportation and all of that. There’s a great, great piece today in Investor’s Business Daily. And it just — it makes the point that we’ve all made. I am sure you have said this to your friends during the times you’ve discussed this. I know that I have made this point over and over again. One of the things everybody’s worried about here is Trump’s fence, and they don’t think the fence can be built.

They certainly don’t think Mexico is going to pay for the fence. They think the fence is unsightly. It’s not something a superpower does. “Sen. Ted Cruz, R-Texas, pointed to a 2006 law requiring 700 miles of double-layer border fencing. Unfortunately, in 2007 another Texas Republican helped the Democrat Congress change that. Presidential candidate Ted Cruz told Fox’s Sean Hannity, ‘Existing federal law is quite robust’ on border security, and ‘There should be 700 miles of double-layer fencing built along our southern border.'” It’s already the law of the land!

“He added: ‘The Obama administration has about 30 miles built. If I am elected president, we will build it. What is missing is the presidential will to get it done.'”

Look, the point of this is — and I think if we don’t say it repeatedly, people will forget it. And I’m gonna repeat you’ve said it over and over to people in the heat of debate. I have said it to you. We don’t need any new immigration law. We’ve got everything we need already. The law is there. It just isn’t being enforced. And I think that’s something — I don’t care who it is — Trump, Carson, Cruz, whoever it is on the Republican side, because this issue is the issue that’s gonna determine the Republican primary winner. 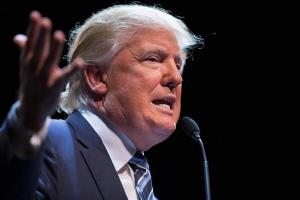 I think Trump’s position on immigration gives him an insurance policy against such tirades as he engaged in last night. It certainly gave him insurance against his attack on McCain and all these other things. I mean, there’s a reason Trump is not fading, folks. And it’s a reason, I’m convinced, that is found in substance. It’s not because he’s a TV reality star. It’s not because he’s an entertainer. It’s not because he’s a strange-looking oddity with his hair or what have you. It’s none of the surface things that Trump detractors in the Democrat establishment, Republican establishment, would like you to believe. They want as many people as possible to believe that Trump’s candidacy is surreal, that it’s based on superfluous things that don’t have any meaning, and because of that, his candidacy is eventually going to implode. And they’re all missing it.

Some of that may be wishful thinking. Trump’s where he is because he has never wavered on what he intends to do regarding this issue. But there’s an unspoken aspect to pointing out the simple reality that to solve the illegal immigration problem all we need to do is to enforce existing law. And to show you how tough it is, Arizona got no help from the Feds enforcing immigration law on the border there, so they created their own state laws that basically mirrored federal law. And they were told by a federal judge, “Sorry, you can’t do that.”

And Arizona said, “Well, we have no choice, the Feds are not enforcing the law.”

“Well, you can’t write your own. It’s a federal issue. You have nothing to say about it.”

But my point is that the very act of beginning to enforce the law will result in what, Mr. Snerdley? Self-deportation. Which means that we will not need a separate deportation law. We already have that, too. The deportation aspects of illegal immigration law are already on the books. Do you realize how true this is of most everything else? We don’t need new welfare laws. We don’t need new entitlements. They’re covered. All we’re doing is creating redundancies. By the way, on purpose. 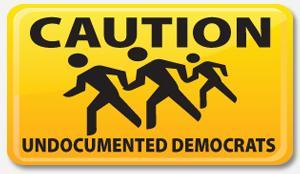 You crack down hard on businesses who hire illegals. You crack down hard, you make sure you find every employer that’s hiring illegals and you punish the employer, and you make it known that every employer’s gonna take the hit, the law’s gonna be enforced, and there won’t be any jobs for illegal immigrants. And if there aren’t any jobs, some of them will leave. Some of them will not come. If you enforce the border, if you enforce laws that already exist describing who can and cannot cross the border and how, well, it speaks for itself.

If you build the fence, which is already authorized, and the fence is standing, it exists and it’s standing there. It’s another element that sends a message. So far we haven’t had to go about rounding anybody up and deporting them. And who says we have to do this inside of a year anyway? Who gets to arbitrarily throw that into the argument? I think I saw the other day, I forget the exact numbers, but many illegal immigrants who are here just go back and back and forth. They take money back home, visit their families, and they come back. Sort of like a shuttle. If you build the fence that’s already authorized, and, by the way, you can talk all day long about inhumane this, and inhumane that, US Congress has already done all of this.

Democrat Congresses, Republican Congresses, all of these mean laws, they’re already on the books. And they’ve already been signed by whoever happened to be president at the time. Have the wall, you make sure every employer hiring illegals is penalized, cut off the jobs. You’ll end up having self-deportation right there. But the big point is we already have every tool at our disposal. And the real point is, look at all the law, all the statutory law that we have that’s being ignored and unenforced. And that is the problem. Not that we’re lacking in compassion, not that we’re mean-spirited, not that we’re racists.