Dana Perino Jumps in My Chili

RUSH: Coming up in the audio sound bites, The Five on Fox yesterday afternoon, kind of jumped in my chili over this Ted Cruz business, wondering why Cruz is the only guy I’m seeking to protect; why don’t I try to protect all the other conservatives from Trump? That question was asked yesterday. You’ll hear it coming up in due course.

RUSH: Okay. Quickly, a couple of sound bites here. I mentioned this so I gotta play it. This is Dana Perino yesterday afternoon on The Five on the Fox News Channel. Kimberly Guilfoyle and Dana Perino were talking about me (Who else?) and Guilfoyle says, “Dana, what do you think of what Rush said about Trump and Cruz?” What do you think of it? I mean, what’s going on here, Dana? 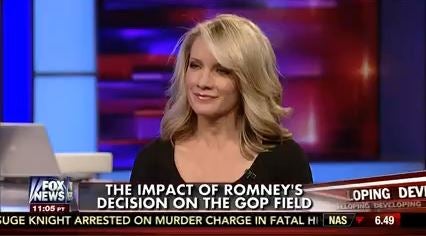 PERINO: I do find it curious that Cruz is the only that one gets the protection of Rush Limbaugh if you say you’re a conservative. I mean, Trump has no problem trashing all sorts of conservatives. The people who would self-describe as a conservative, and I think maybe one of the things is that they’re starting to worry, like, “Oh, maybe Trump isn’t as solid a conservative as we thought. We’ve been talking about him for six months and he’s getting up there,” and now they kind of like, “Oh, wait, well, maybe we like Cruz.” I don’t understand it. I think it’s been unfair to a lot of people, including most of the people that are on that stage for several months.

Well, Dana is smart. Just last week she praised me about something. I forget what it was. Wasn’t this. Something else. Anyway, we have the answer to this. But for the answer we go to CNN. Gloria Borger actually answers Dana Perino last night on The Lead with Jacob Tapper says, “Took shots at Ted Cruz, Trump did, unprompted, obviously, town meeting, went after him for opposing ethanol, went after him other things. It’s an interesting situation you’re in with Donald Trump is heralding his temperament.” 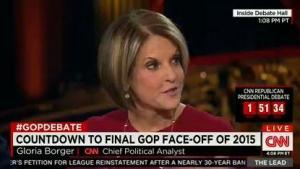 BORGER: Rush Limbaugh was the person who really pointed this out saying, “Why do you attack Cruz as being a maniac for not being able to get along with other Republican senators,” right? That means he’s anti-establishment, and that’s what conservatives want, so why did you attack him that way? Because then Cruz can go back at you and say, “Wait a minute, huh-uh, I’m the real conservative here, do you want me to get along with those establishment Republicans?”

RUSH: Translate that for you. What Gloria Borger is opining there is that, as far as I’m concerned, it’s either Trump or Cruz, that she thinks I’ve made up my mind, it’s one of the two, and that that’s why I’m offering protection for both. I’m hearing all these people talk about me. I’m here, I’m in the room, I’m in the audience. It’s fascinating.