See, I Told You So: Cruz vs. Rubio

RUSH: I want to remind you of this. Grab audio sound bite number one. This is a replay of me yesterday on the program predicting to you what of many things is gonna happen last night.

RUSH ARCHIVE: I think what you ought to look for tonight is Cruz versus Rubio, if you want to look at it in “versus” terms. But we’re getting to the point now, you know, the idea that Trump’s gonna implode or destroy himself, quit or whatever, that’s long gone now. So the responsible people that look at this and treat the reality as it is are gonna have to come to grips with the fact that Trump is number one and he’s not going anywhere, right now. So what’s next? What’s available next? What’s available next is number two, and the battle for number two is Cruz and Rubio, and Rubio has a lot on the line tonight. And so does Cruz.

RUSH: And listen to how the Drive-Bys analyzed after the debate last night. We have a little montage here.

ANDERSON COOPER: (background noise) Cruz and Rubio. There were a lot of interesting exchanges.

HUGH HEWITT: The two Senators who sparred: Rubio and Cruz.

ANDY DEAN: There was Rubio versus Cruz.

S.E. CUPP: The debate between Rubio and Cruz was a really good one.

CHUCK TODD: Cruz and Rubio going after each other.

DAGEN MCDOWELL: Rubio and Cruz, they were arguing with one another. 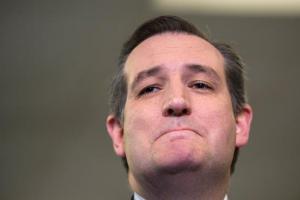 BRET BAIER: Marco Rubio, Ted Cruz. That battle between the two of them is really the battle for the heart of the Republican Party.

RUSH: Oh! Did you hear that? That was Bret Baier, Fox News: “Marco Rubio, Ted Cruz. That battle between the two of them is really the battle for the heart of the Republican Party,” meaning: “Trump? Don’t talk to us about Trump! Come on.” But, anyway, just more evidence that when I say, “Don’t doubt me,” don’t.

RUSH: In the meantime, Tom in Houston. It’s great to have you on the program, sir. Hello.

CALLER: Hello, Senor El Rushbo. It’s a great honor to be with you.

CALLER: I’m just another gringo kafir Millennial working in oil and gas down here in Houston.

CALLER: I’m definitely a Ted Cruz supporter, and I’m hoping Ted is listening or somebody in his camp is because I have two points to make today and I can’t you follow up.

CALLER: Okay. Ted took one opportunity to beat back the establishment on deportation. He quoted what Bill Clinton had done and what George W. had done. How the definition of deportation — you know, according to Philip Bump and the Drive-By Media, Washington Compost over there. You know, you can read his articles. He says, “Ted Cruz gets it very wrong.” However, if you go on and read his article, it gives you numbers on the total number of returns and deportations and it actually proves that Ted is right. And there is such a thing called self-deportation, according to Philip Bump.

So that whole scenario right there, it’s funny how it’s being played out, but if you look at the numbers, yes, people did leave, they leave because we forced them to or because the government had policies, but they left. That was one point I thought he did very well on that. He should try to clarify that maybe in the future going forward, but he should continue making that point because it’s something that Rubio cannot hit him on. He cannot hit him on deportation. Everybody is on board to some degree with border security right now, and obviously Rubio has a horrible record on it. The second point has to do with metadata. 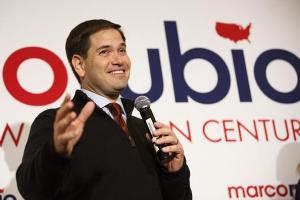 RUSH: Right, and I’ve gotta stop you there.

RUSH: Ah, ah, ah, ah! I’ve got to stop you, only because of the broadcast format clock. Gotta break. Hang on, Tom. We will continue on the other side.

RUSH: Okay. Here we’re back with Tom in Houston. You wanted to talk about the metadata argument between Cruz and Rubio last night, I gather. Right?

CALLER: Yes, yes. So last night Rubio tried attacking Cruz on the metadata situation. And, you know, the establishment somehow thinks that metadata is gonna keep us safe. It’s so moronic to think that. If you look at all these attacks, the jihadists aren’t using phones. They’re beyond that. They’ve moved on. You know, that’s cart-and-buggy stuff. That’s not what the future is. They’re using PlayStations; they’re using WhatsApp. They’re using all these new technologies, and to think that somehow the NSA recording these phone call numbers is going to prevent a terrorist attack is asinine. It’s completely asinine.

RUSH: Yeah, I know it was a huge contretemps last night — a major, major argument — and frankly, one of the high points in the debate, if you want to know. It was a deeply substantive argument over something that is important, and there are valid arguments on both sides. Metadata is a curious thing. There aren’t a whole lot of people who credit metadata with being a relevant ingredient to stopping terror. The value of metadata is being able to assemble the activities of a cell in the aftermath of an attack.

And it is that which then may help you to establish a pattern in looking at other intel that you have prior to an attack. So it has its role, but you’re right. In the case of the San Bernardino Two, I mean, the folly of what was going on! These people were openly communicating with each other on social media. And of course, Barack Hussein O told us we couldn’t use their social media. We can’t because it’s violation of privacy and civil liberties, human rights — whatever cockamamie, blanket excuses these leftists come up with to protect criminals.

But they were openly bragging! I mean, the woman was. The wife was. Her anger, her vitriol, her intentions, she was blatantly open about it at all. We just weren’t allowed… Even if we saw it, we weren’t allowed to use it. It’s silly! And that’s the kind of thing that Trump is addressing and Cruz. It’s just stupid, these rules that shackle and handcuff everybody. But even more than that, you’re got a valid point here is that metadata is on phone calls and phones are used less and less for other, more easily encrypted communications, and encryption is another battleground that’s being waged even as we speak.

James Comey, the FBI, are pleading with Apple and other hardware manufacturers in Silicon Valley — CEOs, software manufacturers — and all the software writers to please allow federal law enforcement a back door into people’s devices, and Apple is saying, “We can’t. We do not make such openness available to ourselves. We can’t investigate our users.” And Apple, they’re gonna be a long time falling on this because they are using this as a huge sales tool, because the privacy is crucial to people. They think the NSA is spying on them.

It’s amazing. People, their egos are all over the place. You wouldn’t believe the number of people the NSA has never heard of who believe the NSA is spying on every time they go to the bathroom, every time they’re in the bedroom. They really believe that the NSA or the government is watching them every moment of the day. You know, and you just don’t have the heart to tell ’em the NSA’s probably never heard of you and probably doesn’t care. And they would say, “No, no, no! They’re spying on everybody. Spying on everybody.”

It’s a big deal to people, and Apple has tried to capitalize on it. So they’re gonna be a long time crumbling on this. Anyway, we’ll have to wait and see how it shakes out, but it was a major debate focal point last night between Cruz and Rubio. But, again, the value of metadata, remember: It’s an after-the-fact kind of value database. It’s really important to tracking what happened and who was involved after the fact. Now, in the case of the San Bernardino Two, the NSA cannot go back more than two years to see who Farook was calling.

And we know that he was “radicalized” more than two years ago. Going forward, the NSA will not even be allowed to collect that metadata. E-mail… If you want to know what metadata is, it’s an e-mail header, which most people hide in their e-mail programs. They don’t want to see it. It’s just a bunch of gibberish to them. But it’s the route that the e-mail took from its origin to you. But it’s nothing but a bunch of numbers. You know, IP addresses and so forth, people’s eyes glaze over when you start talking about those. The experts who know how to read it can tell you the route any e-mail took, and that’s the value of metadata.